Yep, not easy to tell these two apart from the different paint and the more attractive, in my opinion, two-tone interior. In fact, both are powered by a 1.6-litre diesel and both are the top level Exclusive trim.

Get under the skin of the engine though and you'll start to uncover the differences. For 2011, the 1.6-litre diesel has been tweaked to ensure it is Euro V compliant and it meets the stricter emissions regulations.

The good news is that the new revised engine is still flexible, well suited to its six-speed manual gearbox and is a spritely performer both in terms of acceleration and ability to cruise easily at motorway speeds.

It never fails to surprise me just how good the 1.6-litre diesel engine is. Ok, it isn't going to slam you back into your seat, but given its peppy performance is not at the expense of good fuel economy it is a star performer.

One slightly disappointing note is that the drop in emissions doesn't mean lower road tax or company car tax, and the improvement in claimed fuel economy is marginal. You do get a gear shift indicator to help optimise engine efficiency and reduce fuel consumption though.

In terms of kit, the new 2011 3008 now gets some optional goodies as standard such as the electrically folding wing mirrors that are useful for tight parking spots (and is there anything else these days). The optional electric seat adjustments are good fun but no major improvement over the manual ones.

So verdict on the 2011 model is that it has all the benefits of the current one with some useful extras on top. That's a result. 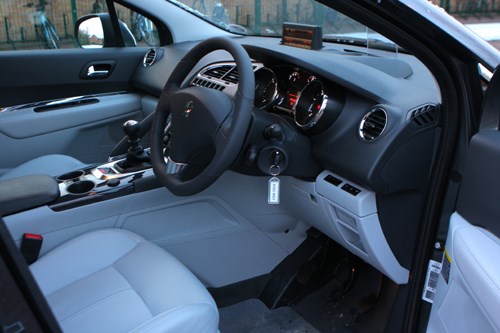