This car has been superseded by a newer model, click here to go to the latest Skoda Fabia Hatchback review.

Cheap to buy and run, about to be replaced 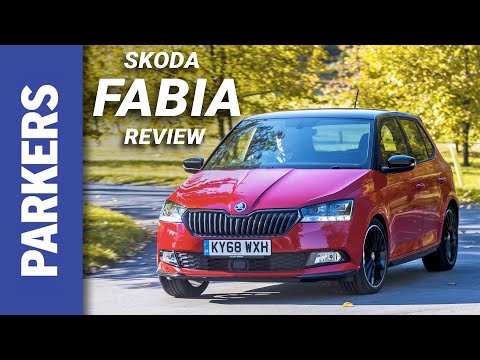 Is the Skoda Fabia any good?

When it comes to value-for-money motoring the Skoda Fabia is hard to beat – that’s not to say that it’s the cheapest supermini on sale, but when you consider the space and equipment on offer, you do get a lot for your money.

Largely based on the previous-generation Volkswagen Polo, the Fabia is perfect for the cost-conscious world we live in. With a wide range of engines, VW Group quality and sharp styling, the Czech has seen the popularity of the Fabia grow, and the result is that it’s challenging the Ford Fiesta and Vauxhall Corsa at the top of buyers’ wish lists.

It’s also worth noting that the Skoda Fabia is in the process of being replaced by an all-new model at the end of 2021 – the new model is visual evolution of this one, but is based on the current-generation SEAT Ibiza and VW Polo, this bringing it line with its sister cars in the Volkswagen Group line-up.

The exterior dimensions of the Skoda Fabia are about average for the class, and in fact nose-to-tail it’s now 8mm shorter than the previous model. However there’s an extra 90mm in its width, while the roof sits 31mm closer to the ground. The result is a sharp-looking car that looks squat and wide, and quite sporting, espacially with larger wheels.

The cabin space is impressive, with plenty of width, and enough room for full-size adults to avoid rubbing shoulders up front. The rear bench is usefully accommodating too, with plenty of headroom and good legroom available.

Behind you’ll discover the 330-litre boot, which is almost as large as that found in cars from a sector above, which can be easily converted into a 1,150-litre space by collapsing the rear seats. It’s usefully shaped too, with a wider hatch opening than before, helping with larger items.

Since September 2018, the engine range has been made up entirely of three-cylinder, 1.0-litre petrol engines. The entry level version comes in non-turbocharged MPI form and puts out 60hp, while punchier, turbocharged TSI variant delivers 90 or 110hp.

Each engine has its plus points, from the MPI’s low insurance category for young drivers, to the motorway cruising ability of the more powerful unit. The range has been slimmed down though – no longer can you get an automatic gearbox.

By adding more standard equipment to the Fabia’s arsenal along the way, Skoda is hoped to tempt more buyers into the brand – and on the whole it succeeded. The base-model S comes equipped with Bluetooth, DAB radio, electric front windows, Stop/Start, heated door mirrors and six airbags all fitted as standard, although air-con is a dissapointing omission.

In a bid to snare younger buyers, Skoda is offering a range of personalisation options, including the Colour Concept system which offers 15 different body colours mixed with three choices for the wheels, roof and exterior mirrors.

The Skoda Fabia added a bit of sporting flavour when it was launched in 2016. Based on SE, it looked the part, with 16-inch alloy wheels, sports front seats, some racy-looking pedals and a red-stitched sports steering wheel.

As well as that, you got tinted windows and some gloss black body trim help lift the car’s exterior styling above the rest of the range. In those aims, the move up to Monte Carlo was successful, helping maintain the Fabia’s long-lasting appeal.

The interior offers a similar mixture of material, colour and trim choices as the exterior – but despite that, it’s not as jolly a place to spend time as many of its more up-to date rivals.