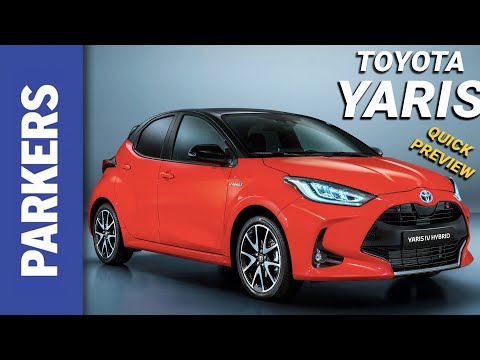 Written by Lawrence Cheung on 01 September 2021

The Yaris is Toyota's bestselling model in the UK - as well as a trendsetter. It wasn't the first hybrid supermini, but it was the one that UK buyers actually bought. In taking this step, it led the way for others to follow, especially as the Government further restricts the most polluting cars.

In fact, the hybrid Yaris is so important to Toyota, it will no longer offer anything else in the UK. If you want a Yaris, you'll have to plump for a 1.5-litre Hybrid, with an automatic gearbox. That's right, there are no non-hybrid or manual gearbox options. Well, for now anyway.

Broadly, the Yaris is still using its hybrid angle to set itself apart from the competition. Its biggest rival is the Ford Fiesta, while others include the Volkswagen Polo, Renault Clio, and SEAT Ibiza. The Vauxhall Corsa and Peugeot 208 are also rivals, although both can be specced as fully electric cars.

Well it's pretty much all new. From the outside, it's a far more aggressive-looking car than old. These bold looks are far removed from the slightly too tall nature of the old car.

The Yaris sits on a new chassis too. Why should you care? Well, it's 5mm shorter, 50mm wider and 40mm lower than the Mk3. While the length between the front and rear wheels is 50mm longer. This means the wheels are out on the very edges of the car - so interior space has increased.

Toyota is also aiming for the Yaris to be 'the world's safest small car', thanks to new software like a pre-collision system that can detect pedestrians, as well as being the first Toyota to be equipped with centre airbags.

What trim levels are there?

The Toyota Yaris was launched with four standard trims, plus a special edition Launch Edition model.