Fun-to-drive alternative to the mainstream offerings 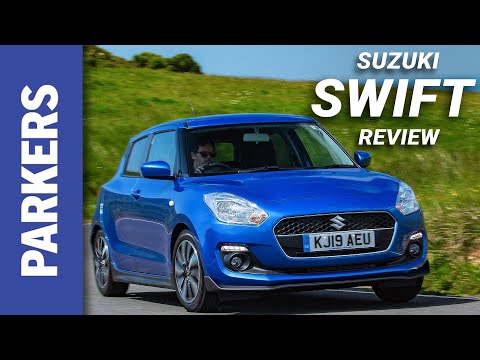 Written by Shane O'Donoghue on 17 November 2021

Is the Suzuki Swift any good?

The Suzuki Swift is a popular supermini choice in the UK, seen as a back to basics small car rather than a bargain basement offering. The Swift, within motoring circles, is famous for its rock-solid reliability and for actually getting close to its official MPG rating. It even has a warm-hatch version to act as a halo too – called the Suzuki Swift Sport.

There are plenty of other cars of this size you could spend your money on. One of them even comes from Suzuki, in the shape of the Ignis. Rivals from different showrooms include the Ford Fiesta, Skoda Fabia and Vauxhall Corsa.

While the interior of the Swift doesn’t feature many soft-touch plastics, it feels solidly made and should last a long time. It’s easy to get comfortable in the driver’s seat, however, and all the controls are logically laid out. In short, the cabin design is quite simple, which means anyone can just jump in and drive without having to read the manual or learn how to use a complicated interface.

There is a small touchscreen infotainment system, which some will find woefully behind the times. However, buyers that are new to such technology won’t be alienated, as it’s simple and intuitive to use.

The Swift Sport’s interior is enhanced with more supportive seats and a few other sporty details to make it feel more special.

If you love driving and your budget allows it, go for the Swift Sport. It’s not hugely fast, but it is lots of fun to drive and it’s a great car for budding enthusiasts to learn the basics of car control in.

The regular models are, by any measure, slow. They don’t feel especially lacking around town, thanks to subtle assistance from their mild-hybrid systems, but out on the open road or on the motorway they soon run out of puff. Nonetheless, speed isn’t everything, and the Swift is one of those cars that is enjoyable to drive because of its low weight, inherent agility and compact dimensions. The driving controls are light, too, making town and city driving and parking a joy.

On the face of it, there’s not a lot of choice in the Swift line-up. There is just one engine to choose from in the standard Swift (there’s more on the Sport model below) and all models use a five-door body shell. Normal cars get a 1.2-litre mild-hybrid petrol engine, badged Dualjet Hybrid by Suzuki. It has 83hp and a best 0-62mph time of just over 12 seconds. It ain’t fast. But on the flipside, its official economy figure can be as high as 59.7mpg, and in our testing, we easily achieved north of 50mpg.

Aside from the standalone Swift Sport, there are just three models to choose from – SZ-L, SZ-T and SZ5. SZ-L is the cheapest and most basic, though it’s still well-equipped by class standards. Upgrading to SZ-T is recommended, as this brings with it an infotainment system that can be linked to your phone. SZ5 cars get the full works – including keyless entry and navigation.

The SZ-L model comes with a manual gearbox only, while the SZ-T and SZ5 can optionally be fitted with a CVT automatic. It’s also possible to add four-wheel drive to the SZ5.

If you want the fastest and most well-equipped Swift out there, the top-of-the-range Sport model is the one for you. Its punchier 1.4-litre engine means it’s good for a 0-62mph time of 9.1 seconds and a top speed of 130mph.

Cosmetic tweaks include lashings of carbonfibre-look bodywork addenda, 17-inch alloy wheels, remodelled bumpers, including a larger, more aggressive grille, plus a few other additions in the cabin, such as sports seats and steering wheel. Other improvements include bigger brakes, tweaked suspension and enhanced cooling for the more potent engine.

Click through the next few pages to read everything you need to know about the Suzuki Swift including its practicality, how much it costs to run, what it’s like to drive – and whether we recommend buying one.