How big is the Maxus e Deliver 3? We’ve got full dimension info, payload ratings and towing capacity for you right here.

Want to know more about what this electric van is like to drive, how far it goes per charge, whether it’s good value and what the interior is like? Then check out our main Maxus e Deliver 3 review page.

The Maxus e Deliver 3 is an unusual size, just creeping into what we categorise as a medium van but actually only just bigger than some small vans.

To UK buyers it’s available as a short-wheelbase (SWB) panel van or a long-wheelbase (LWB) chassis cab. Elsewhere a LWB panel van is also available, but presently that is not offered here.

These are the main exterior dimensions of the panel van:

And these are the main exterior dimensions of the chassis cab, prior to conversion:

Since the load space of the chassis cab will vary with the conversion, we’re only listing the load area dimensions for the e Deliver 3 panel van:

There’s enough floor space inside for two Euro pallets, while the load floor itself is stainless steel, which is unusual, with a non-slip covering.

There are six load-lashing rings and a standard full-height bulkhead, which can be optionally fitted with a window.

In addition to the barn doors at the back, the e Deliver 3 is fitted with a sliding door on the passenger side. This has an opening height of 1,230mm and an opening width of 710mm.

Maxus sells the e Deliver 3 panel van with a choice of two battery pack sizes, which has a minor impact on its payload and a slightly bigger impact on its towing capacity.

What’s the payload of the Maxus e Deliver 3? 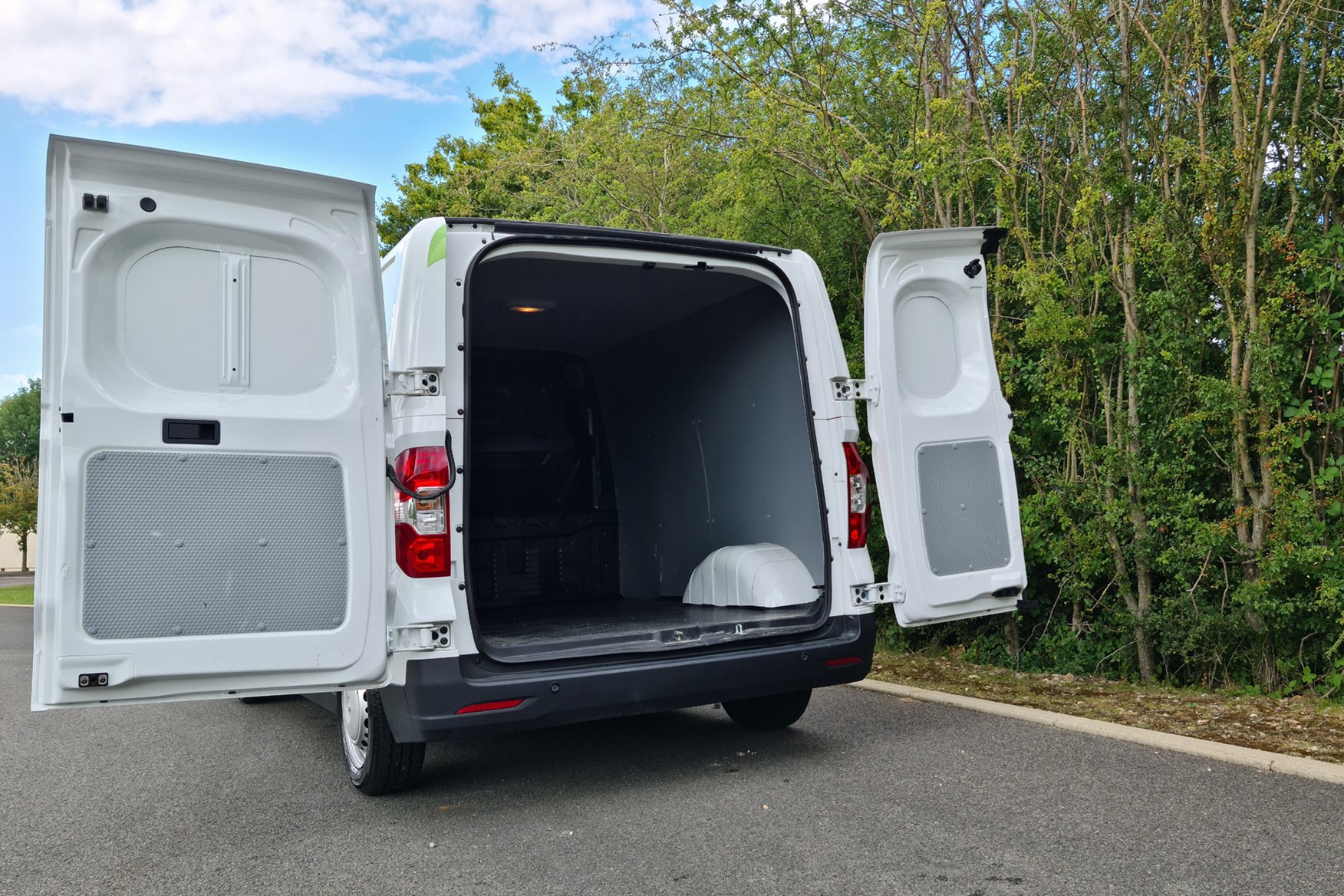 Typically, we’d expect the bigger battery to reduce the payload, but Maxus has compensated for the 100kg increase in kerbweight from 1,455kg to 1,555kg by increasing the 52.5kWh model’s gross vehicle weight (GVW – the total legally allowed weight of the van and everything on board) by 150kg from 2,310kg to 2,460kg.

The e Deliver 3 Chassis Cab only comes with the larger battery, has an even higher 2,630kg GVW and a lower basic kerbweight of 1,428kg.

This gives it a maximum payload rating of 1,202kg, but that also has to account for the weight of the bodywork fitted to the frame.

What’s the towing capacity of the Maxus e Deliver 3?

Either way, that’s a useful amount, as not every electric van is rated to tow at all.

Towing with an unbraked trailer is limited to 750kg.

There is no towing rating for the Chassis Cab, as this is likely to vary with conversion.