With electricity costs going up across the board, is it time to have another look at the good old-fashioned petrol or diesel car if you’re looking to save a few quid? They’re much cheaper to buy than an electric car while some of the MPG ratings are shockingly good. With that in mind, we’ve put together this list of the most economical cars out there.

Yes, a plug-in hybrid can generate even more impressive official figures, with models such as the Mercedes GLE 350de managing well over 200mpg thanks to their ability to run on electric power for upwards of 50 miles in some cases. However, as both plug-ins and electric cars have their own lists, let’s just focus on regular petrol and diesel engines here. Similarly, this is a list for new cars with the most economical used cars getting their own separate article.

A reminder - these are the officially rated WLTP testing figures. In the real world, despite being an improvement on the previous NEDC testing regime, it's still most likely you won't be able to achieve them. Although car MPG ratings are at least more precise than they once were.

The most economical petrol cars on sale today are the Peugeot 108 and Citroen C1 - which both achieve an official rating of 58.9mpg.

The below list of the most economical cars in the UK are all diesel because generally, diesels are more economical than their petrol equivalents. If you want something speedier that's still fairly frugal, we've got a list for that, too.

New in 2019, this second-generation Peugeot 208 is an altogether more fashionable and technology-filled offering than the previous car.

Headlining the technological overhaul is Peugeot's 3D digital display. This projects info like mph onto a display in front of the windscreen, while less vital stats are on a different one slightly further back. It looks brilliant and is easy to read.

The seating position and tiny steering wheel might be an uneasy matching if you're, say, below 5ft 8in and like to sit low. But the 1.5-litre diesel engine will officially do more than 70mpg. A 10.2 second 0-62mph time isn't slow, but the engine does take a moment or two to really get going. 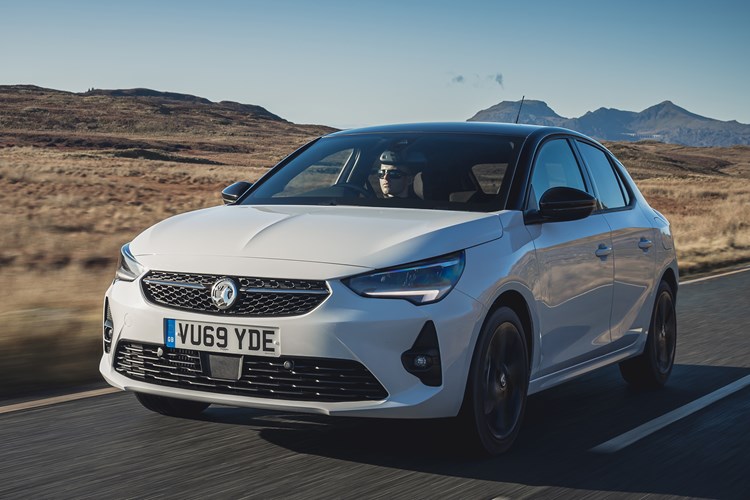 Like the Peugeot 208, the Vauxhall Corsa was new in 2019. And that's no coincidence as the 208 and Corsa are actually pretty much the same car underneath.

The Peugeot has a fancier interior, but Vauxhall is going hard with finance offers, helping it to outsell its French sibling.

Befitting of the caring and sharing ethos between Peugeot and Vauxhall, the Corsa uses the same 1.5-litre diesel as the 208. The six-speed manual gearbox (you guessed it, the same one as in the 208) ensures that there's little grumble from the engine at motorway speeds.*

Volkswagen's offering petrol, mild-hybrid, plug-in hybrid and diesel versions of its new Golf to entice buyers. But it's the diesel engine that gets the nod for this list. And even with 115hp (the fastest petrol Golfs get 245hp), it's a surprisingly sharp thing to drive.

The entry level diesel isn't particularly swift outright, but has plenty of poke low down. This means you won't be changing down a gear or two whenever you reach a hill despite the relatively low power output.* 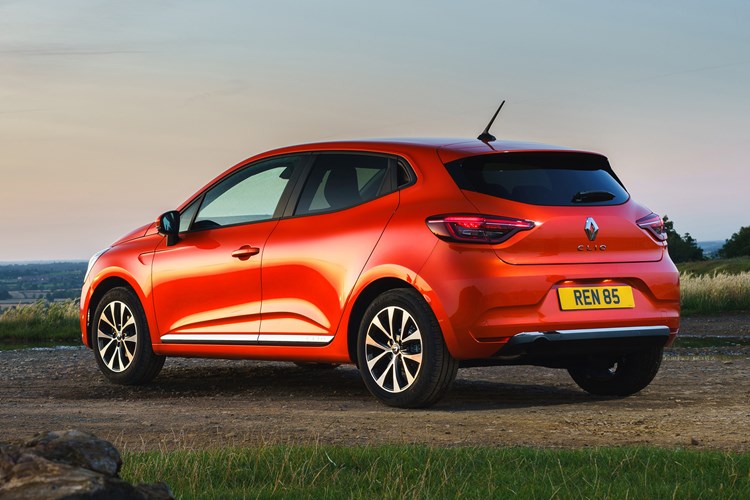 The supermini section is as hotly contested as a professional chilli eating competition. How does the Clio put distance between itself and the crowd?

Well the Renault is super-easy to drive. So much so, that it took home our coveted First Car of the Year award. Plus the interior is more pleasant than the usual, and the infotainment and the materials inside are certainly several steps above the old Clio.

The diesel engine is efficient, reasonably quiet, and smooth. Very economical too, obviously.*

If you've ever read a car review of a SEAT you'll know the drill. The Leon is a sharper-looking and slightly cheaper version of the Volkswagen Golf. That styling isn't revolutionary, but it is honed like Cristiano Ronaldo's abs.

It has firmer suspension than the Golf and Octavia, but that means it's even keener in the corners. Inside, the instruments are all-digital, which looks modern. But the dark colours are sober and a bit boring.*

Car buyers looking to inject a bit of premium polish into their lives, your gateway to poshness is here. Like the Leon above, the Audi is wrapped around familiar mechanical fixings in the shape of the VW Golf.

While that sounds a bit complex, it isn't. And it all works out. The A3 feels and drives like a bigger, posher Audi, while being the ideal size for an urban runaround. To get the magical 67.3mpg you'll need the least powerful diesel engine. It's not exactly quick, but emissions are usefully low, which benefits company car drivers.* 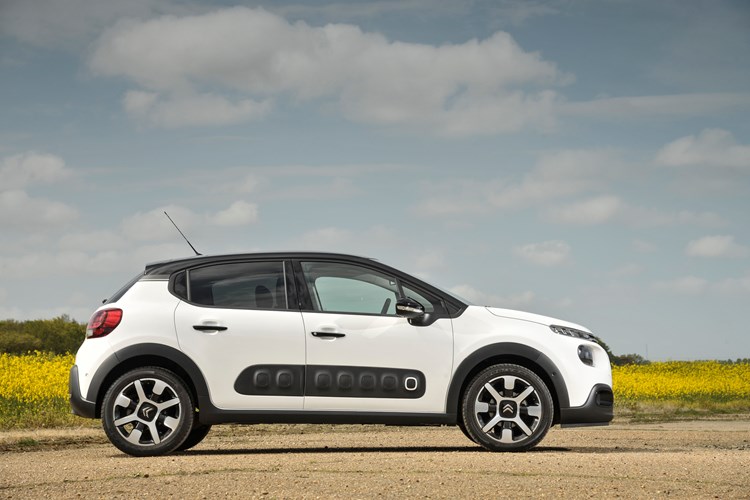 While the SEAT two places above might market itself as a sporty alternative, this chunky Citroen does away with any sporting aspirations. The C3 is all about comfort, and is home to one of the softest suspension systems in the game. This results in drivers being protected from the worst of the potholes on the roads.

The 1.5-litre BlueHDi diesel motor is the same one found in the Peugeot 208 and Vauxhall Corsa further up this list. The C3 is a bit bigger than these cars, so represents good value for money.* 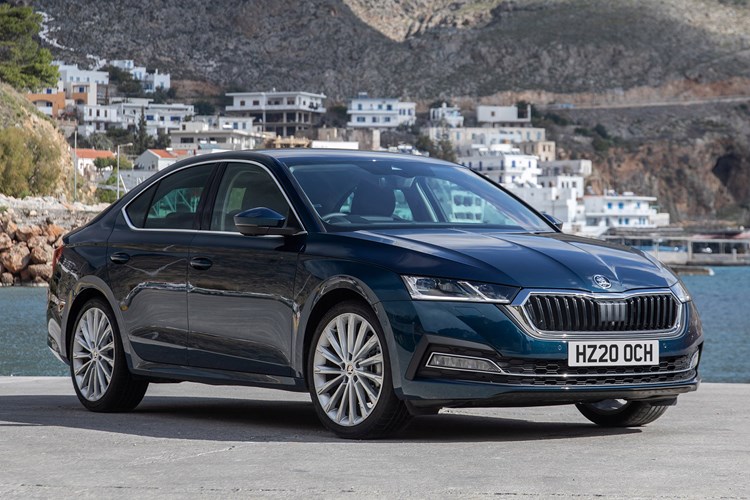 Like its predecessors, the Octavia is a little bigger than most of its direct rivals, giving it plenty of rear seat space and a simply gargantuan boot. That makes it a very sensible purchase whichever engine you pick.

This latest version is aimed at being just that bit posher than previous cars. Big wheels and chrome grilles on the outside, and optional digital dials and (optional again)10.25-inch infotainment screens inside take care of this aspirational need. You'll be unsurprised to learn that the 2.0-litre diesel engine in this Octavia also plies its trade in the Golf, Leon, and A3 further up this list.* 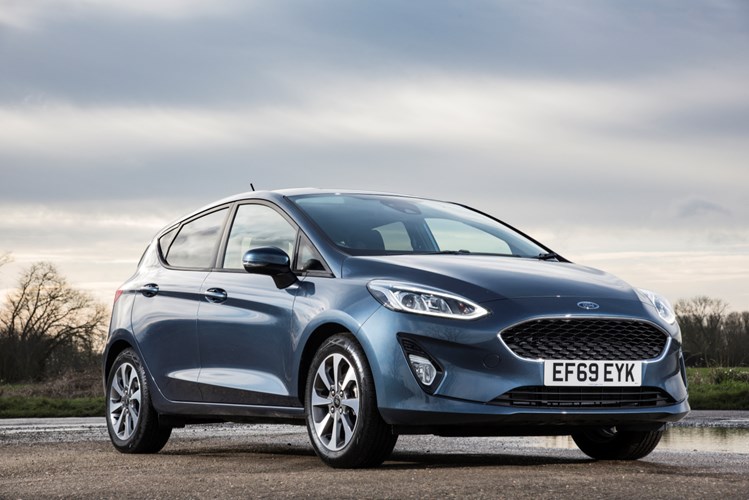 Although you can't order a brand new Ford Fiesta diesel, it's an efficient choice if you can find one in a dealer's stock.

It's wonderfully adept at nearly everything that's important in a car. Practical, reasonably priced, and yes, very very frugal - especially with the 1.5-litre diesel engine fitted. The entry-level diesel isn't particularly quick, but the 120hp version is much nippier.

At least the diesel engine is connected to a slick shifting six-speed manual gearbox, and it's available in all trim levels apart from ST.*

The Vauxhall Astra isn't the most exciting car out there, but there's plenty of room inside and a choice of fuel efficient engines.

Two hallmarks for Vauxhall are value for money and choice. This explains why there are seven trim levels to choose from with the Astra. This 1.5-litre diesel is available in all seven, although the least powerful version (with the 65.7mpg rating) is not available in SRi VX Line, Elite Nav, or Ultimate Nav trim levels.*

Advertisement
The most economical cars 2021