It's big, clever, good-to-drive and luxurious 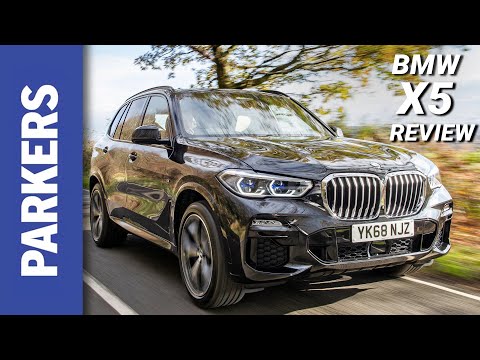 The BMW X5 has been on sale since 1999 with 2.2 million models shifted in that time. It might have started out as a niche seller in the BMW catalogue, but it’s now mainstream – like all popular SUVs. This is the fourth-generation version and it is new from the ground up, rather than a gentle evolution of an already-winning formula.

This one may well look similar the last X5, larger grille aside, and while it shares many of the same engines as before, they’ve been heavily tweaked and upgraded. And as such, it’s still at the cutting edge when it comes to technology, efficiency and how good it is to drive. Other drivers may cast you a dirty look, or fail to let you out of side junctions, but at least you can be sure this one drives well, and is as efficient as a large SUV can be.

Competition from talented all-rounders like the Audi Q7, Volvo XC90, Mercedes-Benz GLE, Range Rover Sport and Porsche Cayenne means the BMW has to work even harder to offer all things to all drivers. Even more so these days when cheaper cars such as the Volkswagen Touareg offer the same set of skills for less cash.

All of the X5’s motors have six cylinders whether you pick the most powerful quad-turbo M50d, the refined and powerful xDrive40i petrol, or the bestselling xDrive30d diesel. The latter is a proper Swiss Army Knife of an engine with loads of torque on tap and decent running costs (relatively speaking), plus a smooth power delivery.

We also rate the 40i – it’s faster and much quieter at low speed, plus more evocative at higher revs. It’s a decent alternative to the much more expensive but cheaper-to-run M50d, clocking an only-just-slower 0-62mph time, and a much lower list price.

There is also a very handy plug-in hybrid, the latest BMW X5 45e. It is unusual among plug-in hybrid electric vehicles (or PHEVs, for short) in having a properly big battery on-board, meaning it can drive up to 60 (gentle) miles on electric power. If you want to trim your tax bills and ease your environmental conscience, it is well worth considering.

BMW’s old climate control panel has gone, replaced by a much more modern and decluttered centre console. Visual highlights include knurled switches and a crystalline gearshift, which brighten things up in the cabin no end.

Rear passengers get loads of room thanks to a low transmission tunnel and the 650-litre boot is square, with minimal intrusion. You get a split tailgate as standard too, something of a BMW X5 tradition.

The latter is the same dual 12.3-inch screen set up from the 8 Series and it’s very pleasing to the eye, but not quite as forward facing as the system you’ll find in a Mercedes-Benz, which looks like one long screen.

What about driver assistance and connectivity?

A big improvement this time around – you can now programme your sat-nav from your smartphone and it’ll warn you about traffic and other delays on route to your next appointment even when you’re not sat in the car. We also like the sound of using a smartphone as the car’s key, and being able to send access to up to four friends to do the same.

Key options include the M Sport Plus Package, which adds a load of styling upgrades and a Harman Kardon stereo, and the xOffroad Package, which gets you a mechanical diff, sump guard, and off-road modes for xSand, xRocks, xGravel and xSnow. A high level of safety is assured, as evidenced by the X5’s five-star Euro NCAP crash-test rating.

So, this latest X5 is bang-up-to-date for tech, equipment and driver aids, and is available as a petrol, diesel and plug-in hybrid, covering most bases. The big question is whether it’s the one to have if you’re after the very best large SUV.

Click through the next few pages to read everything you need to know about the BMW X5 including its practicality, how much it costs to run, what it’s like to drive – and whether we recommend buying one.