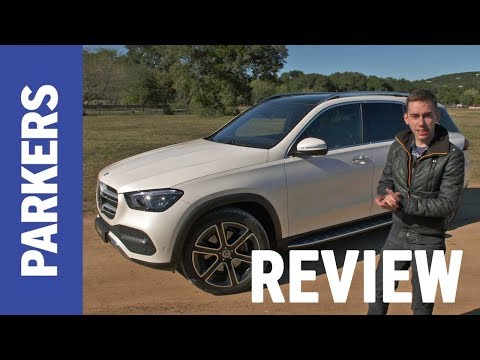 The Mercedes-Benz GLE SUV is now in its second generation, yet its roots can be traced back far further. Previously named the M-Class (or ML), it was the German manufacturer’s first mainstream SUV when it launched back in 1997, pipping arch rivals BMW and Audi to the post with their X5 and Q7 equivalents. Now, however, the market is awash with SUVs in all shapes and sizes, and the GLE can count several others cars as direct rivals. A capacious boot and reasonable road manners are no longer enough to guarantee success in this ever more crowded sector.

So, is the GLE worthy of its billing as an SUV equivalent to the excellent E-Class Saloon, and can it make its mark against a growing list of rivals?

Dominated by two 12.3-inch screens, the GLE’s dashboard showcases a more simplified design with fewer fussy details than previous models. The dual-screen design has also featured in the A-Class Hatchback earlier in 2018, but this is the first time we’ve seen it translated into one of the brand’s larger products. The good news is that the overall effect is no less impressive - it has a more sophisticated look than the showy A-Class. The cabin both looks and feels of an excellent quality, boasting swathes of high-end materials and crisp, easy-on-the-eye screens displaying all of the car’s major functions.

Mercedes’ updated MBUX infotainment features, as does the 'Hey Mercedes' voice recognition feature and Interior Assist – the latter allowing the user to control functions by employing simple hand gestures. It’s not quite perfect, the main touchpad controller isn’t as easy to use as a rotary dial found in the BMW X5, while the smaller touchpads on the steering wheel can also be fiddly.

Broad range of engines, be it petrol, diesel or PHEV

Of the current engines on offer, the 450 petrol version is smooth, punchy and refined but heavy on fuel, while the 300 d is much more economical, but gruff at low revs and not quite powerful enough in some situaions. The 400 d more than makes up for this, fitting well in the GLE. Power delivery is strong and linear, while refinement is noticeably better than the 2.0-litre 300 d version. Problem is it's only available in higher-spec models, so your money could be best spent in the middle with the 350 d.

Alternatively, Mercedes has fitted the GLE with a diesel plug-in hybrid option badged 350 de. It offers over 300hp but also the ability to travel on battery power alone for up to around 62 miles, far eclipsing equivalent petrol plug-in hybrids, making it a very tempting option for company car drivers and those using it largely around town. CO2 emissions of just 29g/km help things here as well.

Comfortable and relaxed to drive

When fitted with Airmatic air suspension, the GLE’s all-round ride comfort is largely very good. Large bumps and undulations are shrugged off with relative ease, while smaller imperfections are mostly ironed out. It can't quite match the silky ride comfort of a Range Rover Sport or a BMW X5, though - there can still be some fidgeting over really rough surfaces which seems surprising considering its comfort-oriented set-up. Refinement is impressive, too, with road and wind noise kept to a minimum.

And while the 300 d engine is noisier than we’d like at low revs, the 450 and 400 d versions are hushed throughout all but the top end of the rev range.

Vast array of safety tech – much of it optional

Along with the impressive spread of equipment in the cabin, the GLE also has a number of clever safety aids designed to help the driver avoid accidents.

However, all of the equipment listed above is part of the optional Driving Assistance package and not standard on the GLE. If you’re buying new or used, try and ensure that this potentially life-saving kit is fitted to your car.

Seven-seat practicality for the first time

For the first time, this generation GLE features a seven-seat option, although earlier M-Classes had this additional flexibility on offer. Optional on the 300 d and standard-fit on all other models – apart from the plug-in hybrid version – this addition brings the GLE in line with rivals such as the Volvo XC90, BMW X5, Audi Q7, Land Rover Discovery and Lexus RX L.

However, access to the rearmost seats is a little tricky thanks to a narrow entry between the folded second row seat and door frame, while legroom in the third row is tight and best suited to children. All the seats fold electrically, however, meaning the conversion from five-seater to seven-seater can be done without using both hands.

Meanwhile, there’s generous amounts of room if you’re sitting in the second row, while the boot is of a competitive size. In two-seat mode, it’s capable of swallowing 2,055 litres – more than any of its rivals. But if you do need something even bigger and want to fit adults in the third row, Mercedes will happily direct you towards the larger GLS.

Read on for the full review of the Mercedes-Benz GLE