Mazda has revealed more details of the new 5 model including engine performance figures and equipment details.

The Mazda5 will run a new 2.0-litre petrol engine fitted with stop/start technolog, called i-stop. The company claims it reduces emissions by 15% to 159g/km CO2 and averages nearly 41mpg, very competitive figures for its class.

Buyers can also choose a 1.8-litre petrol fitted with a six-speed manual that produces 113bhp, returns nearly 40mpg and emits 168g/km of CO2 putting it into road tax band H.

Practicality is key with this people carrier not least thanks to the two rear sliding doors the only people carrier in its class to have them. What's more, it should have sector leading rear legroom in the second and third row of seats.

The interior design reflects the exterior where the instrument cluster is pointed and flows into an arch to form the outer edge of the centre stack. Chrome plating has been used to brighten the cabin.

The new audio/control panel features chrome plating with more chrome on the gear shift knob, the air-conditioning air vents, and door handles while the door trim and dial switches on the centre panel are finished in high-quality matt silver. A new black seat fabric has been introduced while leather seats are an option.

The Mazda 5 arrives in the UK in autumn and should be priced around the £18,000 mark. Trim levels and prices will be confirmed closer to launch. 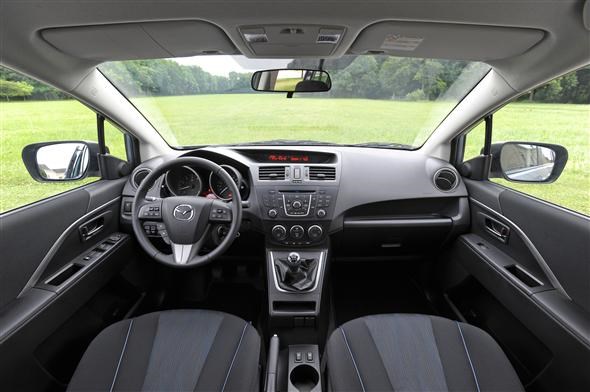 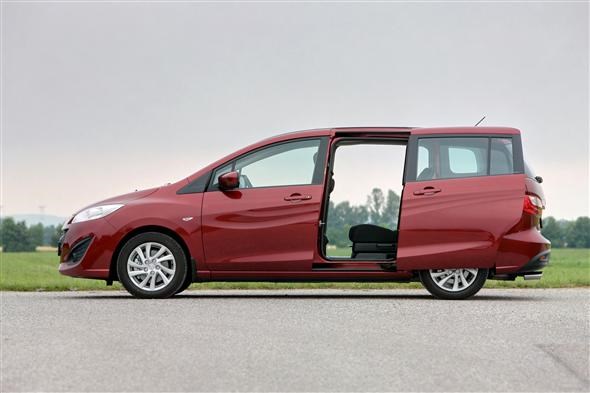