Pulling power has also been increased from 588Nm to 612Nm and a red engine cover is fitted to visually distinguish the new engine from the old.

The increase has come from larger diameter intake and exhaust systems, adjusted boost pressure, valve timing and mixture control which has additionally increased fuel economy. Emissions have been decreased by using an upgraded catalytic convertor and a more precise engine management system and Nissan says fuel economy will be better but hasn't published figures yet.

No official performance figures have been announced but expect the 0-60 time to be in the region of between 3.2 and 3.4 seconds, while the top speed should exceed the current model's limit of 193mph.

The Nissan's rapid-shifting dual-clutch transmission gets a new mode, called SAVE, that improves fuel economy when driving and allows for safe control in snowy conditions. Low speed tight turns have also been improved with a mode that shifts the car to two-wheel drive only, when the speed is below 6mph, to reduce wasteful friction and tire wear. A special launch mode, simply called R, allows for rapid and repeatable acceleration.

The GT-R's body shell has been further stiffened to improve the response when driving while the suspension has been recalibrated to reputedly improve road-holding while new aluminum shock absorbers are said to better the ride quality. Larger front brake discs are fitted which are more resistant to fade and uprated tyres and wheels are fitted to handle the additional power of the more potent engine.

Inside some minor trim has been changed for a more premium feel, such as a real carbon finish surround for the heater controls. Despite being a one-model line-up, two distinct interior options are available. One features black and red leather trimmed RECARO seats with a dark headlining while the second has premium leather seats in black or light grey, with a light grey headlining.

The car is available to order now from Nissan High Performance Centres at a cost of of £69,950. 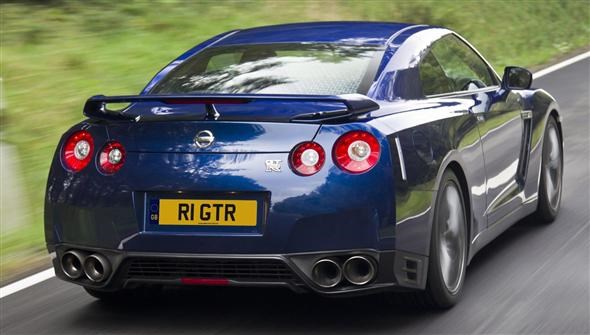 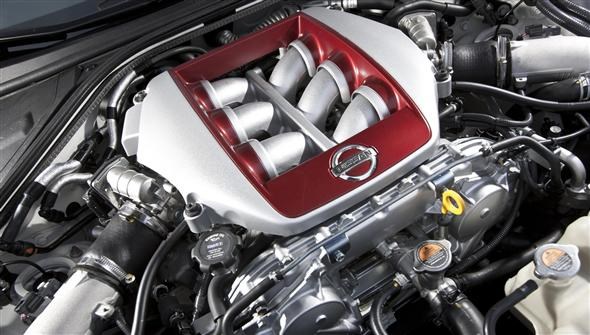 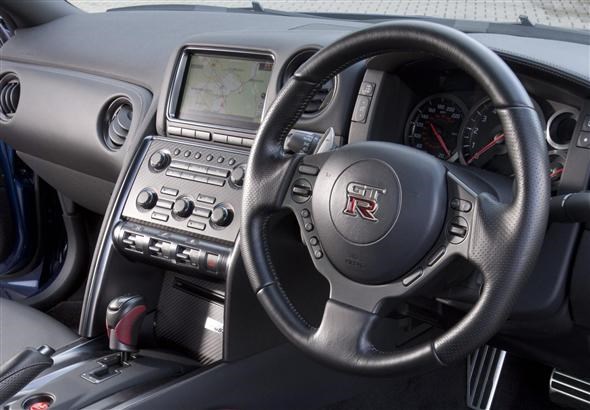