Following on from a raft of refreshed models, Volkswagen has revealed the latest version of the Eos.

The convertible coupe has been given a number of design updates as well as some improved engines.

It will get a number of engines already on offer in the current model including the 1.4-litre TSI engine with 120bhp and a 2.0-litre TSI with 207bhp. The main improvements have come on the 2.0 TDI with 138bhp. The BlueMotion Technology engine gets stop/start and battery regeneration and will return a claimed 58.8mpg.

There have been bigger changes in terms of design bringing it more in line with other new VW models like the Polo, Passat and Sharan. This comes in the form of a new grille design with the odd splash of chrome that gives it a wider and lower look than the car it replaces.

Other changes include new front lights, redesigned bumper and bonnet, while the rear of the car also gets new lights.

As with the outgoing model, it comes with a five-piece folding roof with integrated glass sunroof. If specified with keyless entry the roof can be opened remotely and takes 25 seconds to open or close. Boot capacity ranges from 205 litres to 380 litres depending on whether the boot is open or closed.

Inside are a number of new trim finishes while the usual level of standard equipment remains including air-con, leather multifunction steering wheel, eight speaker stereo system and sports seats.

The Eos is available to order in November with prices expected to start around £21,000 and deliveries will begin in early 2011. 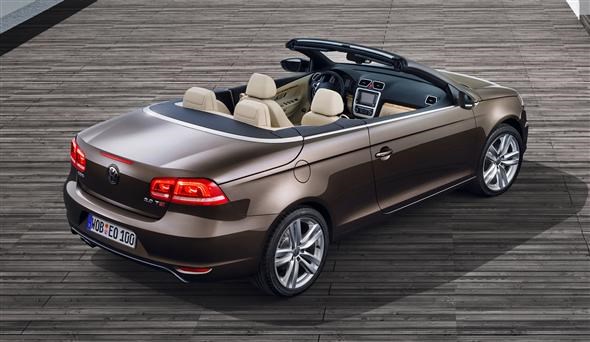 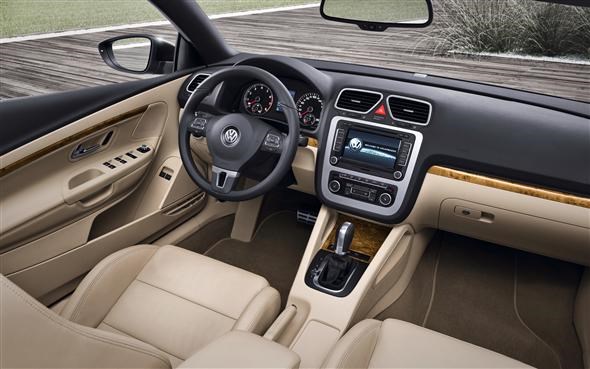