Hyundai's stand had plenty of new metal to show off with its new coupe - the Veloster - and a Nissan Juke-style crossover named the Curb concept.

Designed to appeal to the younger market, the coupe features a simple and robust design with modern features like a panoramic glass roof and a large touch-screen display that can be connected to iPods and games consoles.

The most interesting feature is that the Veloster has one door on the driver's side and two conventional doors on the other (you have been reading this correctly the Veloster is not a concept car) - making it easier to get passengers in and out, or to load things onto the back seats. A large boot and an interior that's been designed to maximise space should mean that the Veloster is practical enough for all kinds of daily use.

Standard equipment will include air-con, an iPod connection, front and side airbags, remote central locking, electric windows and electric mirrrors.

UK pricing has yet to be announced but, with the Veloster aiming to take on cars like the VW Scirocco and Renault Megane Coupe, expect it to cost somewhere in the region of £16,500. Deliveries are expected to start at the end of 2011, with the turbocharged versions arriving in 2012.

The Curb concept car is a Nissan Juke-esque small crossover sharing the same engine as the Veloster. It's aimed very squarely at young buyers, and as such is full to the brim with technology.

It gets a heads-up display, 12-inch screen in the dash, automatic crash notification systems, a pull-out bike rack and even a clever system which can automatically detect and program in a friend's location if they call you while driving, so your satnav directs you to where the party is.

Other neat touches include the lairy 22-inch wheels, pop-up roof rack and seats complete with 'air bladders' which purportedly means a comfier ride around town. 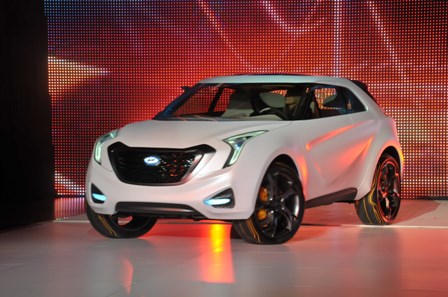 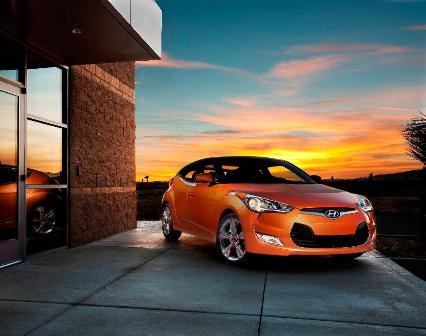