MINI has announced a new high performance diesel engine, a Sport Pack and a pair of special editions.

Due to go on sale in March, the three new updates to the range aim to keep things fresh for 2011.

The MINI Cooper SD is effectively a Cooper S with a 2.0-litre 143bhp diesel engine under the bonnet. It'll be available across the whole range of models, fitted to the hatch, Clubman, Convertible, Countryman and Countryman All4.

Fitted to the hatch the new engine will hit 62mph in 8.1 seconds and go on to a top speed of 134mph. It emits just 114g/km CO2. Styling is similar to the Cooper S, but with SD motifs in place of the usual S.

The new Sport Pack is an upgrade kit for all hatch and convertible models. It brings lower models up to a similar spec as the John Cooper Works and includes a bodykit, sport seats, other interior trim parts and a host of handling improvements with a set of 17-inch alloys. Prices start at £2,150 to upgrade a Cooper S or SD convertible rising to £3,245 to upgrade a Cooper or Cooper D hatch.

From March, all new special editions will be named after London boroughs, districts or landmarks. With that in mind, the first to be launched are named Hampton and Pimlico.

The Hampton is a Clubman painted in an exclusive shade of blue, with a black roof and door surrounds. It gets black ‘lounge' leather seats with red trim, which extends out to the bonnet stripes, wheels and the stitching in the floor mats.

The Pimlico will go on sale in March for 12 months only. It gets exclusive metallic blue paint, previously only available on Cooper S and John Cooper Works models. It also gets 16-inch alloys, black interior trim, white indicators and special edition badging. Prices start at £14,465 for a MINI One Pimlico and go up to £18,490 for a Cooper D Auto Pimlico. 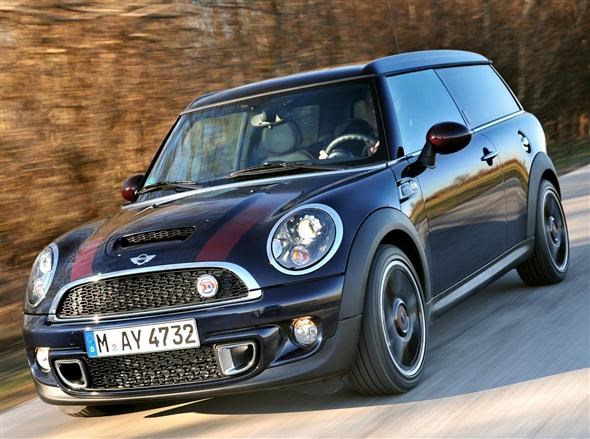