The addition of the MINI SD (Sports Diesel) to the range isn't about re-inventing the popular model, but more tweaking and adding another feather to the cap of one of the best-loved cars in the UK.

The 143bhp 2.0-litre diesel engine will be available in all MINI models including the Clubman and new Countryman, but we tried it out in the classic Cooper Hatchback version.

This engine is the same unit that parent company BMW uses in the 1-Series 118d. In the MINI, performance is very rewarding and it can post a time of 8.1s from zero to 62mph, with an achievable top speed of 134mph.

Normally diesel engines can feel quite heavy but this engine does not detract from any of that famous 'go-kart' handling. It has 305Nm of pulling power from 1,750 to 2,700rpm making the car feel nippy. Overtaking manoeuvres can be carried out with ease thanks to having plenty of power right through the range.

Driving the car is a lot of fun. It's grippy, agile and the steering offers plenty of feedback for the drive. Engage the Sport button and the steering weights up and the controls become a little more responsive - a boon for enthusiasts.

To separate the SD models from the rest of the MINI range, they get an extra large air intake and an air scoop on the bonnet. At the rear each SD model sports twin exhaust tailpipes and a stylish roof spoiler.

All Cooper SD models are equipped with a new super light six speed manual gearbox. The 22.8-kilo transmission is the lightest gearbox of its kind to date. It offers well-matched ratios and a precise, short shift action, very handy when zipping up and down B-roads.

However, this MINI has more going for it than just performance. The engineers have built the engine to cater for those who want to have fun and maximize their economy while emitting relatively low CO2 emissions.

The boffins at MINI call this 'MINIMALISM' - it's similar to the 'Efficient Dynamics' set-up that can be found on BMW cars. The 'MINIMALISM' set-up includes brake energy generation, auto stop/start, gearchange indicator and electric power steering.

MINI claims that the Cooper SD hatch will average 65.7mpg, while emissions are just 114g/km of CO2. These figures place this model in band C - that's £30 per annum on road tax and you'll have zero showroom tax to pay.

On the inside, the MINI has been largely left as it was. The familiar layout remains with the large binnacles up front and the speedometer to the left of the driver. The high quality materials and neat design make the cabin a welcoming place to be.

MINI continues to impress, and the company has now managed to combine sportiness, good economy and low CO2 emissions into an entertaining little car. 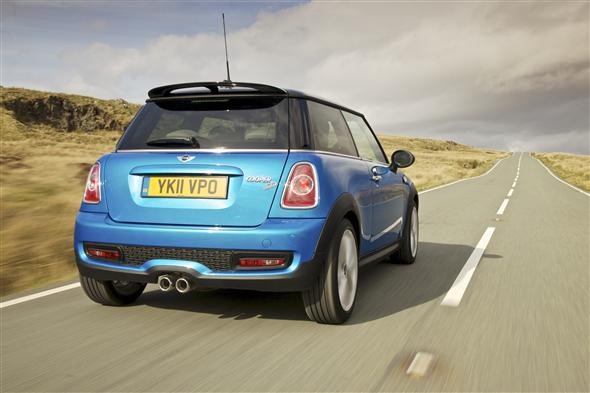 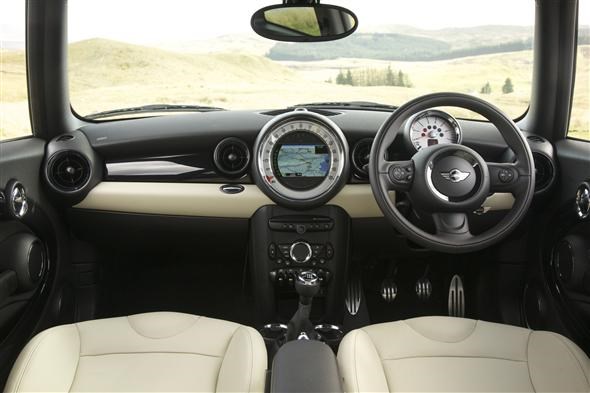 In 2010 an impressively economical TDI version was added to the line-up, which uses a slick six-speed manual gearbox.

The Abarth is the more practical, less-hardcore alternative than many rivals and is not so arduous when it comes to day-to-day driving.

Yes it's quick but the running costs are low enough to make it a serious 'daily driver'. It's a great all-rounder.