Toyota has released the first official pictures and details of the latest version of the popular Yaris model.

According to the Japanese firm, the latest iteration of its supermini is a development of the original concept - ‘compact outside, spacious inside'. With that in mind expect some clever packaging for the little Renault Clio/Skoda Fabia competitor.

The third generation Yaris will initially be available with three engines - a 1.0-litre and a 1.33-litre petrol, and a 1.4-litre diesel. However, a hybrid version is set to arrive shortly after launch that's bound to drive CO2 emissions down and fuel economy up.

Due to be standard on 95% of all models sold, Toyota will be fitting a new multimedia system known as Toyota Touch & go - a 6.1-inch dash-mounted touchscreen stereo and sat nav system including Bluetooth and USB connectivity.

The flexibility enjoyed by buyers of the previous Yaris is likely to carry over to the next car. Sliding and folding rear seats meant legroom and boot space was variable depending on your individual needs.

In the past the Yaris has won acclaim for its excellent build quality, and Toyota hopes the new model will take it to the next level. It promises a blend of sophisticated materials and surface finishes, and a more driver-focused cockpit.

Didier Leroy, President and CEO Toyota Motor Europe, said: "New Yaris represents Toyota's strongest offer yet in the important supermini segment. With its new levels of ingenuity, efficiency and quality, we are confident it can build upon Yaris's previous success and help Toyota rejuvenate its presence in Europe and move towards one million annual sales in the region in the medium term."

The new Yaris will go on sale in the summer, with no word yet on delivery times. There are no details on prices yet, but the previous model started at just over £10,000 so you can expect a similar figure for this latest version. 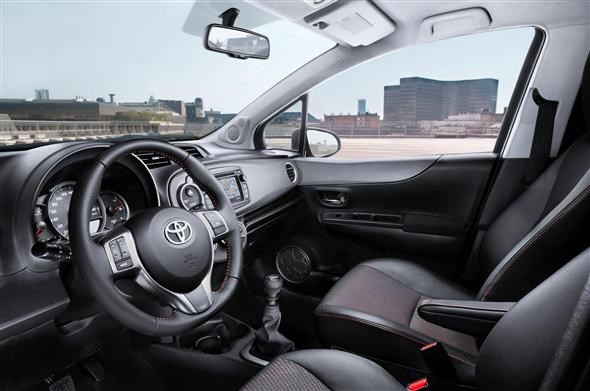