Porsche has announced another special edition 911, this one named the Black Edition.

The limited-run model aims to keep 911 sales bouyant until the all-new car is launched later on in 2011.

Based on the entry-level Carrera, just 1911 examples will be built and is brimming with extras, meaning you get more for your money.

Power comes from the Carrera's 3.6-litre 340bhp engine, meaning a sprint to 62mph in 4.9 seconds (5.1 for the cabriolet). However, with performance like that fuel economy suffers. This car returns 27.4mpg on the combined cycle. Emissions are 225g/km CO2, meaning road tax is £550 for the first year and £245 per year thereafter.

Exterior equipment includes non-metallic black paint and 19-inch alloys borrowed from the 911 Turbo. If you go for the drop-top version you also get black cloth for the roof.

Interior tweaks include a numbered plaque telling you which of the Black Editions you own, while stainless steel kick plates also feature the Black Edition logo. You get black leather, a SportDesign steering wheel, an upgraded Bose stereo system with sat nav, cruise control, rear parking sensors, automatic wipers and a few hints of aluminium paint on the gear lever and air vents. 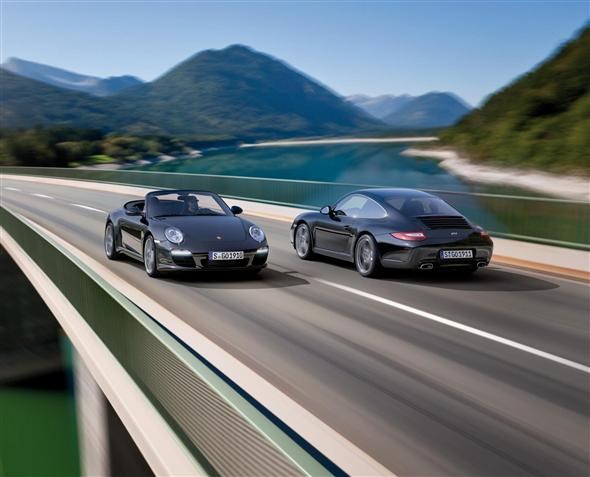