Volvo's XC90 has received a range of updates in order to make it more appealing to buyers.

Externally, the changes are minor but numerous. LED daytime running lights are fitted in the front bumper, while a redesigned silver bumper bar and silver roof rails are standard on all models. There are also changes to the lower door mouldings, while all XC90s now get colour coordinated trim.

At the back, new tail lamps are graced with LED brake lights and other minor illumination changes. The XC90 is now also available with a new design of 18-inch six-spoke alloy wheels with a matt silver finish.

Inside, the already comfortable interior has been given additional touches to reputedly improve its luxury feel. It gets a new three-spoke steering wheel, aluminium trim as standard and detailed white backlit instruments, giving the cabin a more modern look. The tailgate, divided into an upper and lower section, also gets a colour-coded leather handle. The load cover, to protect your luggage and shopping from prying eyes, has also been redesigned.

On the technology front, the optional Volvo On Call system has been upgraded. This, which uses GPS and wireless technology, connects you to the closest help centre in case of an accident or breakdown. It's now compatible with mobile phone Bluetooth systems, negating the need for a separate car phone system. The stereo can now also stream music from suitable Bluetooth sources.

Owners of all new 2012 model year Volvos, fitted with the On Call system, can also download an application which allows them to access information such as the car's location, average fuel consumption and fluid levels. It's available for both iPhone and Android phones.

The XC90, as before, is available in trim levels such as the upmarket Executive specification, which includes niceties such as leather seats with massage and ventilation functions. Buyers looking for more presence can pick R-Design models that get a sports-tuned chassis, special interior trim and 19-inch alloy wheels.

Originally launched in 2002, Volvo has never designed an all-new model. The company has, instead, preferred to keep the XC90 fresh through a series of updates. This does not seem to have harmed sales, however, with the Swedish maker claiming 2010 was the best year for UK sales - not least thanks to some competitive pricing.

The latest version of the Volvo XC90 will be available to order from October 2011, and will compete with cars like BMW's X5 and Volkswagen's Touareg. Expect prices to start from £35,025 for the entry-level model. 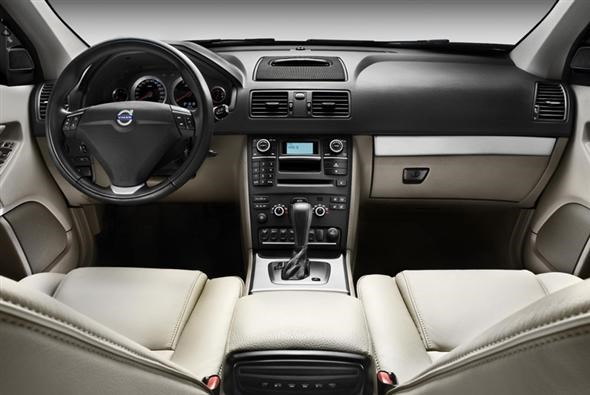 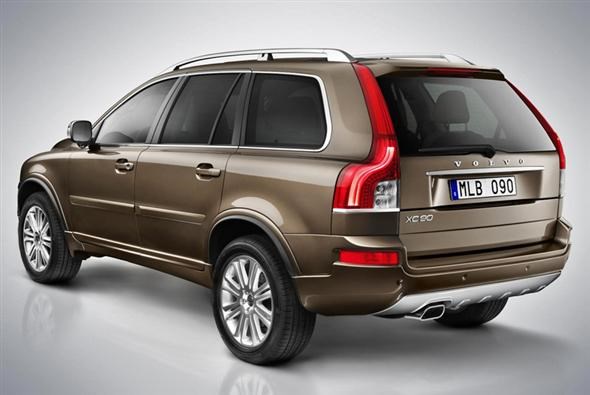