Powered by a 1.6-litre turbocharged engine, producing 189bhp, the VXR will accelerate to 60mph in 6.8 seconds. An overboost feature increases the maximum pulling power from 230Nm to 260Nm when extra acceleration is required.

Like the other new models in the Corsa range the VXR and VXR Blue get new headlamps and a restyled grille, along with a more aggressively styled front end to distinguish them from the normal cars.

Standard equipment includes air-con and cruise control, while buyers of the VXR Blue will also get 18-inch alloys, tinted glass and Recaro seats, despite the final price being £445 less than a similar standard Corsa VXR with those options ticked. 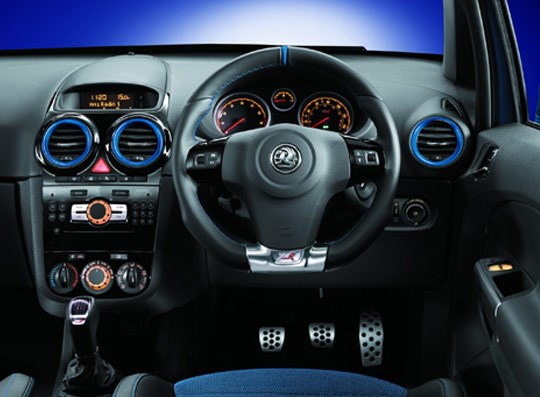