Here at Parkers, we've been monitoring the changes in the public's buying habits for decades. And as obvious as it sounds, electric cars really are becoming the norm for many. Which is why we're bringing you some of the best electric car deals around.

The change in buying habits can be explained two fold: Electric Vehicles (EVs) are getting better, and the public's fears of range anxiety are being quelled.

Electric cars are fast-becoming first cars, rather than second cars. A 300-mile range is easily achievable, and the charging infrastructure is ever-growing too.

>> Skip to benefits of leasing an electric car

Looking for your next car?

Want to find out more about leasing? Check out our video guide explaining how leasing works. Want to look at some leasing deals? Take a look at our personal leasing search tool.

The Model 3 is a true game-changer and has a clean-sheet approach from the start. Inside, there are no screens or dials in front of the driver. There is just a huge central infotainment screen.

Tesla regularly changes its pricing structure for its own PCP and HP deals. In turn, leasing deals change regularly.**

The Zoe is by far and away the cheapest car on this list. And while it is slightly more expensive than other superminis, it's pretty much on par when compared with a Renault Clio on similar leasing deals.

Considering a full tank of electricity on the Zoe will set you back about a fiver, there are some serious savings to be made.

Mileage between the plugs is rated at 250 miles, which is hugely impressive for this price range.**

The Peugeot e-208 is just as easy to recommend as the petrol or diesel versions, and the carmaker reckons the EV version is no more expensive to run. This is what makes the e-208 a brilliant first electric car and equally brilliant to lease.

Outside, the exterior is eye-catching. While inside it's best in class thanks to its futuristic 3D i-Cockpit.

Claimed range is 211 miles, although our own testing deemed this to be a little optimistic. We think on day to day driving 160-180 miles is more accurate. What's better news is that there are no differences in practicality compared with the regular 208 - cabin and boot space remains the same.**

Small SUVs are just the right size and shape for the modern small family. The added height (over a supermini) means there's a good view out and loading kids in the back is easy. Boots tend to be wide, and because small SUVs are, erm, compact, they're easy to park.

The Kona Electric adds zero-emissions driving to the mix courtesy of 39kWh or 64kWh batteries. The smaller battery has a WLTP range of 189 miles, while the larger has an impressive 300-mile official range.**

Best electric car lease for: not showing off

You've probably seen quite a few of these zooming around urban environments. That's because the Leaf is ultra easy to use, pretty cheap to lease, and full of semi-autonomous kit.

Interior quality and feel isn't up there with the Audis of this world, but the Leaf is a few hundred quid less a month. Innovative e-Pedal brings with it one pedal driving too. The regenerative braking is pushed right up to ten, meaning you very rarely have to actually use the brake pedal.

The Leaf e+ is the model you really want because it has a 239 mile range.**

The Ioniq is also available as a hybrid and as a plug-in hybrid. The main difference between the hybrids and the electric car visually is in the grille design. If this kind of anonymity appeals to you, then we can definitely recommend an Ioniq.

The interior is logical and well laid-out, and the ride is surprisingly pliant for such a heavy car. With a range of 193 miles, it's out classed in this department by nearly every other car on this list. But if you charge from home, we bet it won't bother you that much.**

The i3 is more than five years old. And yet, it's still one of the best small EVs around. It's similar in size to the Renaut Zoe, but has a much more premium feeling interior, and more space-age looks.

Buyers can choose between a pure electric model, or one with a small petrol engine range extender that is used as a generator to charge up the battery. There's also a sporty model called the i3s, with bigger wheels, wider arches, and 182hp.**

It's powered by a 100kw electric motor and a 50kWh battery, making 136hp. 0-62mph is a respectable 9.0-seconds, while its 200-mile range is more than enough for most people's commutes.

Inside is really where you're getting your value for money. It's striking - and definitely more noteworthy than other cars of this price range. The seats are plush-feeling nappa leather, while the touchscreen infotainment system works well too.**

This is VW's first crack at a bespoke, purpose-built car. It feels hugely futuristic.

The design is clean and simple, and you'll notice the front is nearly completely smooth. No need for a grille because there's no engine, of course. The interior is even simpler. There are only a few physical controls. Most functions are dealt with by a pair of digital screens. 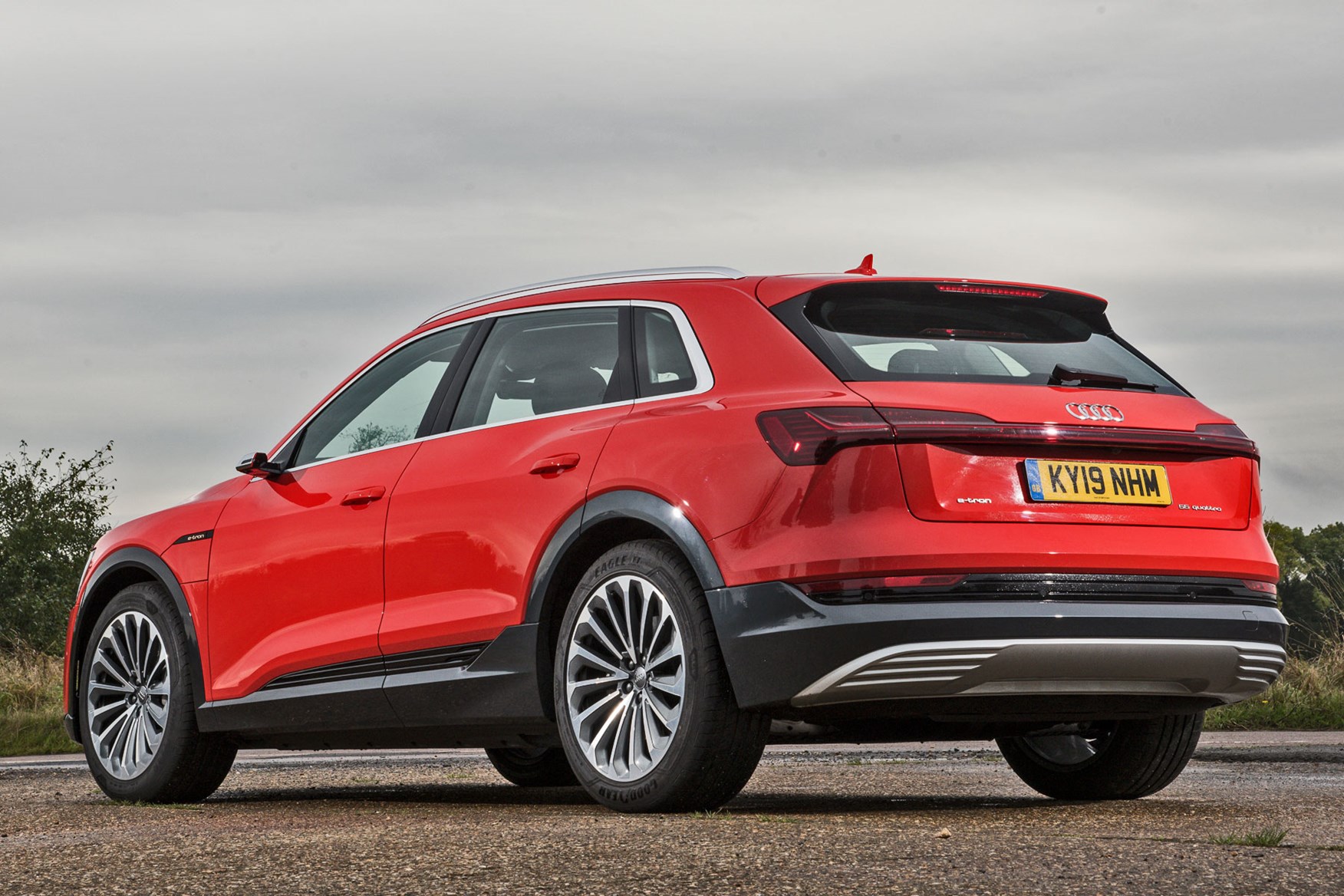 Not quite as game-changing as the Jaguar I-Pace, not as next-generation feeling as a Tesla, the E-Tron is deliberately an Audi first, and an electric car second.

Millions of customers, and millions more potential customers, know Audi for its premium feeling interiors and solid looking build quality. And the E-Tron is simply another well put-together, posh looking Audi SUV that just happens to be electric.**

The Mini electric is a car that's incredibly charming, and one that wears its pros and cons as badges of honour. In the pros table the Mini Electric is really fun to drive, pretty nippy (a 0-37mph time of less than four seconds) and it looks glam too. You can even spec wheels that look like a plug socket, if that's your kind of thing.

On the opposite side of the table reads one word in bold - range. Mini claims 140-145 miles on a full tank of electricity. The Renault Zoe (above) offers such a bigger range for even less money. But the Mini is a very different proposition. Here's a question to ask yourself - how often do you really drive 140 miles in one go anyway?**

Benefits of leasing an electric car

Although prices are always coming down, electric cars are still a touch more expensive than petrol ones. Basic petrol Volkswagen Golfs start at below £25,000 - whereas the electric Volkswagen ID.3 will set you back just under £30,000.

Electric cars do have low depreciation in general, meaning finance deals can work out similar to petrol-powered cars. For instance, Renault Zoe lease prices start at around £200 per month - the same prices as an equivalent petrol-powered Renault Clio.

Electric cars cost less per mile than petrol ones to 'fuel'. According to our own miles per pound calculator, the Kia Niro hybrid will cover 10.1miles for £1 of petrol. The electric Kia e-Niro, will cover 33.1 miles for a £1 of electricity.

In short, if you want new tech, without some of the financial worry, leasing can be the answer. Leasing compromises of an initial payment, a set of pre-agreed monthly payments, and that's it.

** These deals are indicative examples of some packages available as of 29 April 2021, but are subject to change without prior notice. Everyone's financial circumstances are different and the availability of credit is subject to status. Terms, conditions and exclusions apply. Parkers cannot recommend a deal for you specifically.