Bypass the looks and the 4 Series is a great coupe 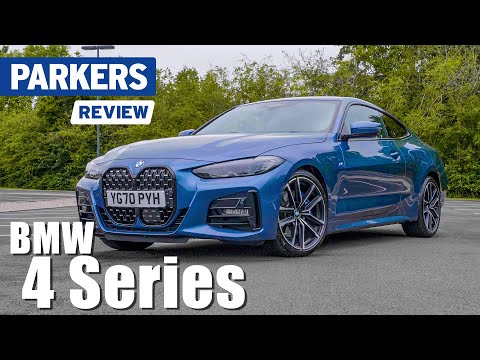 Written by Shane O'Donoghue on 17 December 2021

The latest BMW 4 Series Coupe is part of a line of two-door sports models based on the hugely successful 3 Series saloon. Initially the two and four-door versions looked the same, but from 1990 to 2013 the 3 Series Coupe evolved to have a distinctly different appearance. Since 2013, the two-door franchise was rebranded 4 Series, and this second generation arrived in 2020.

And it landed with some controversy, because the car's muscular and dramatic body is dominated by the oversized kidney grille up front. Some people think it lacks the elegance of older BMWs, but this feature aside, the 4 Series is a handsome-looking premium coupe that is more modern than rivals such as the Audi A5 Coupe and Mercedes C-Class Coupe.

These three cars have the four-seat premium coupe sewn up between them, although the 4 Series offers the best handling. If you cast your net further, then there's also the striking-looking Lexus RC, although it's an old car that's unlikely to be replaced, while the Ford Mustang offers V8 power, but not as much prestige.

Inside, the BMW 4 Series Coupe delivers the best interior at this price point. It's beautifully trimmed with quality materials, its layout and technology are second-to-none and the standard-fit BMW Live Cockpit Professional media package sets a benchmark for infotainment systems, thanks to its crisp graphics and ease of use.

But BMW has built its name with sweet-driving cars, and the 4 Series is no exception. All models deliver sharp, enjoyable handling with a strong dose of comfort and refinement, although we'd recommend adding adaptive suspension as part of the M Sport Pro Package if you want to experience the finest ride quality.

The 4 Series is also available as a Convertible and Gran Coupe, the latter keeping the swooping lines and standout styling of the regular car, yet adding an extra pair of doors and hatchback-style tailgate to aid practicality.

Over the next few pages we’ll be thoroughly reviewing all aspects of the BMW 4 Series Coupe and rating them in our verdict. Our scores will take into account the driving experience, how pleasant the interior is, the practicality on offer and what it’ll cost you to run.