Premium supermini is stylish and easy to personalise 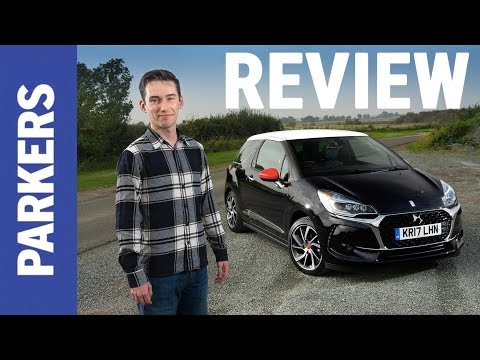 The DS 3 hatchback has been around longer than you may realise. Badged a DS since 2014, it previously lived life as the Citroen DS3 before the two brands were split.

A year after the separation the 3 received DS’s more distinctive front grille and some tweaks to the interior and specification levels. In essence though, it’s still the same car that debuted as a Citroen back in 2010.

It’s an important car for DS – outselling Citroen’s C3 here in the UK. Incidentally, the UK is the DS 3’s biggest market overall.

Taking on other fashionable superminis – the MINI Hatch, Audi A1, Fiat 500 and Vauxhall Adam - this is an unashamedly style-centric car with an eye-catching design and myriad personalisation options.

The DS 3 features the company’s vertical grille design, dubbed DS Wings. It’s surrounded by chrome and includes a wing motif that stretches into the headlights. It’s a design language that’s since been employed across DS’s newer models.

As with the DS 4 and DS 5, the firm’s LED Vision headlights with scrolling directional indicators are present, which combine LED day running lights and xenon technology for the dipped and main beam, for improved visibility and reduced energy consumption.

More importantly, they look distinctive. There’s a level of attention to detail on display here that takes time to digest, with DS motifs cleverly positioned around the car without being too garish.

Other distinctive design features remain from the previous Citroen model, including the shark-fin-shaped bodywork on the central pillar behind the side doors, and the trademark floating roof. Customers also have a seemingly endless choice of colour schemes and an overwhelming three million possible design combinations, including dashboard upgrades and alloy wheel designs.

Barely any buttons feature on the dashboard and centre console, with many features controlled via the 7.0-inch touchscreen multimedia system. It keeps things simple and uncluttered, but there are some unusual (and frustrating) quirks, like the volume buttons located at the bottom of the centre console, nowhere near the screen.

As standard all cars will come with Bluetooth connectivity, air-con and Active City Brake (a system which helps to prevent low-speed collisions). Other equipment available in the range includes Apple CarPlay and Android Auto, MirrorLink, front and rear parking sensors and a reversing camera as well as distinctive interior design schemes such as the topaz dashboard and the excellent watchstrap-effect latticework leather as in the more expensive DS 4 and DS 5.

Drivers can also download the MyDS app which will inform you when the car is ready for a service, where it is parked and fuel economy figures; with MirrorLink you can also use the app to send text messages hands-free.

The DS 3 is available with seven engines: five petrols and two diesels.

Kicking off the petrol range is the popular three-cylinder 1.2-litre PureTech, available with three power outputs – 82hp, 110hp and 130hp – and manual or automatic gearboxes.

The two diesel options will appeal to business drivers - the BlueHDi 100 boasts CO2 emissions as low as 87g/km, so benefit-in-kind tax isn’t going to break the bank, while the more powerful BlueHDi 120 is still very frugal.

The DS 3 range has expanded to include a Performance version, which features a 1.6-litre petrol engine under the bonnet offering 210hp and 300Nm of torque. Mated to a six-speed manual with shorter gear ratios, they also come with a limited slip differential, sports suspension lowered by 15mm, wider front and rear tracks and larger Brembo brakes.

Twin tailpipes, carbon side mouldings, a new sill plate and black wheelarch extensions complete the sporty look from the outside. You can even have matt paint on top-spec Performance Black versions.