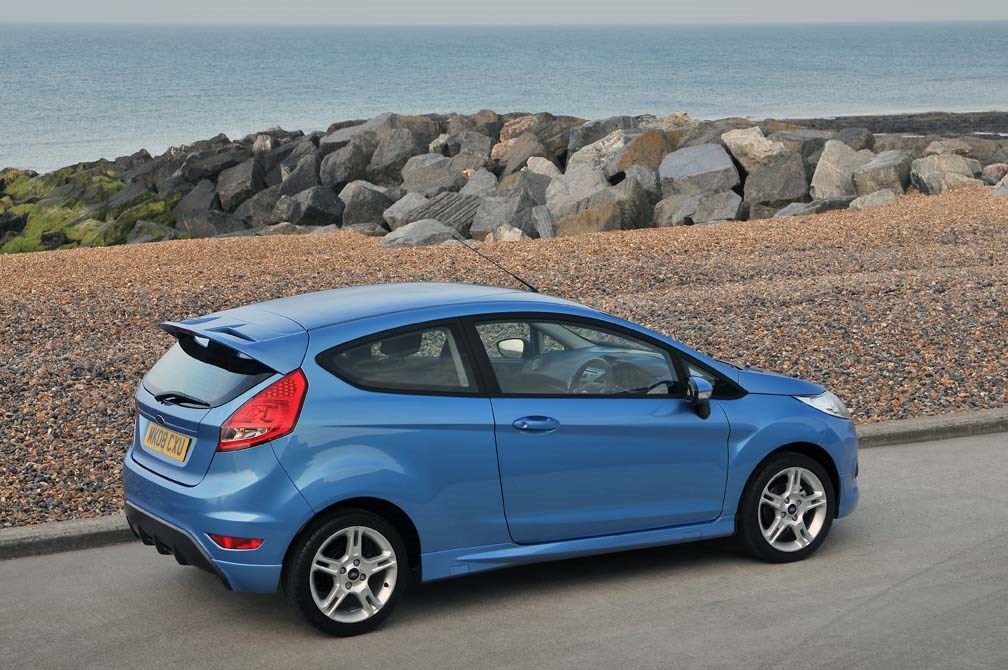 Whether you want an inexpensive urban runabout, a small-yet-efficient car for regular long journeys or a rampant hot hatch, Ford Fiesta performance is supplied by a variety of petrol and diesel engines, many of which are turbocharged.

Choose one of the mainstream Fiestas and there’s a seemingly bewildering choice of seven petrol engines to choose from, but many of them are restricted to particular trim levels, so it’s easy to navigate between the options.

Producing just 60hp and 109Nm of torque is the entry-level 1.25 unit, only available with the cheaper Studio and Style trim levels. It’s probably best avoided due to its sluggishness and the fact there are more efficient choices in the range. Top speed is just 94mph, with a leisurely 16.9 seconds required to complete the 0-62mph acceleration test. This engine was dropped from the Fiesta range during summer 2016 following the arrival of the cheaper Ka+ range.

Ford’s three-cylinder 1.0-litre engines have received much praise in turbocharged EcoBoost form, but the Blue Oval’s smallest powerplant is also available in non-turbo guise, producing just 80hp and 105Nm of torque. It’s the second-slowest Fiesta in the range with its 103mph top speed, requiring 14.9 seconds to reach 62mph from a standstill.

Available in 100hp, 125hp and 140hp outputs, the 1.0-litre EcoBoosts are the sweeter spots of the range – the middle one suiting the needs of most buyers – while the 140hp edition is restricted to the sporty ST-Line trim. All produce 170Nm of torque, barring the 140hp version which gains an extra 10Nm.

With a five-speed manual transmission, the 100hp models can reach 112mph and complete the 0-62mph test in 11.2 seconds. Opt for the six-speed PowerShift automatic and while the top speed remains the same, it’s quicker to accelerate, requiring 10.8 seconds for the 0-62mph.

Your final option is a 1.6-litre naturally-aspirated motor generating 105hp and 150Nm of torque, exclusively fitted with the six-speed PowerShift automatic. It’ll reach 114mph and takes 10.5 seconds to get from 0-62mph.

Three different versions of the basic 1.5-litre turbocharged diesel are offered, all with five-speed manual gearboxes.

Producing 75hp and 190Nm of torque, the lower-powered version can reach 104mph but needs 13.3 seconds to undertake the 0-62mph challenge.

It’s worth paying extra for the lustier 95hp edition of the engine, with torque upped to 215Nm – now the top speed’s 112mph and a more fleeting 10.9 seconds is required for the 0-62mph dash.

Fuel-saving measures such as start-stop and low rolling resistance tyres mark out the Econetic version of the 95hp diesel. Performance suffers a little – 111mph top speed and 11.9 seconds for the 0-62mph – but it’s the most efficient Fiesta on sale with claims of 88.3mpg and 82g/km of CO2.

If you enjoy driving, then the Fiesta ST’s performance figures make for interesting reading.

An even more potent option became available in 2016 with the introduction of the Fiesta ST200. Uprated to 200hp with a torque boost to 290Nm, the performance flagship has a top speed of 142mph and takes just 6.7 seconds to complete the 0-62mph acceleration test. 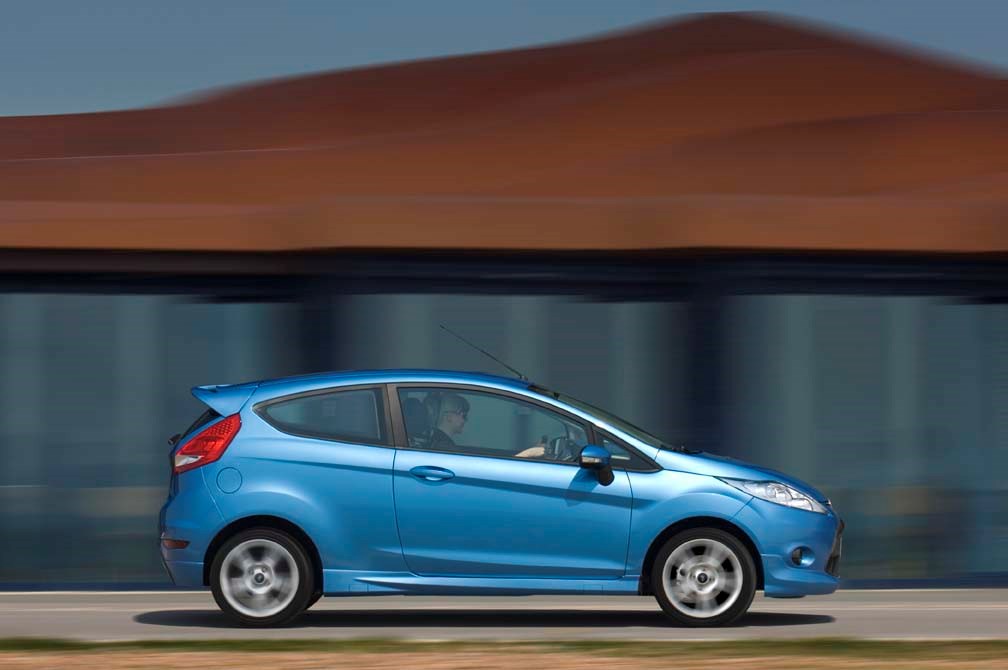 Out on the open road, the Ford Fiesta is great fun to drive. Its handling is agile, the steering is precise, it corners crisply and there’s very little body roll.

Back in town, the little Ford is easy to park and has a tight turning circle, making three-point turns easy. Then there’s Stall Prevention, a nifty little innovation designed to help drivers in low-speed manoeuvres by increasing engine revs – it means you should never find yourself caught out at the traffic lights again.

Get it onto the motorway and you can see why the Fiesta is seen by many as a “small big car”. It’s very stable, cruises easily and doesn’t feel out of place. The ride is good too, although the ST-Line has a firmer set-up and is aimed at buyers looking for a sportier car.

Weighing as little as 1,163kg, the Ford Fiesta ST’s so nimble. There’s a feeling of agility and it’s so incredibly well-balanced through the corners that you develop a real air of confidence in the car.

Get it wrong and there’s a host of clever electronics to bring everything back under control. Most note-worthy is the traction control system, which has three settings. During normal driving it works perfectly well, only intervening when it detects slip. It’s not intrusive, and if the yellow light on the dash wasn’t flashing you’d have quite a job knowing it’s doing anything at all.

Pressing the ESP Off button on the dash once switches it to Sport mode, allowing the driver more room to explore the limits of the chassis with the safety net of the stability system should too much exuberance be dished out. Just as before you barely notice its intervention and Ford has obviously gone to great lengths to engineer this system in a way which makes it feel natural. In short it’s one of the best systems we’ve driven.

Holding the button down will actually switch the system off completely, at which point it’s all up to the driver. Enthusiasts will be pleased to note the ST doesn’t lose anything by doing this, the communication and balance from the chassis making it easily exploitable through the corners.

The steering, although direct, does lack that final fraction of feedback through the wheel but is well-weighted and accurate. The turning circle, as with most fast Ford cars, isn’t great. Still, it’ll ensure you get adequate practice of your three-point turns.

Our main gripe with the ST is that at higher speeds over poorly-surfaced B-roads the damping struggles to control the body as effectively, making it far less comfortable. 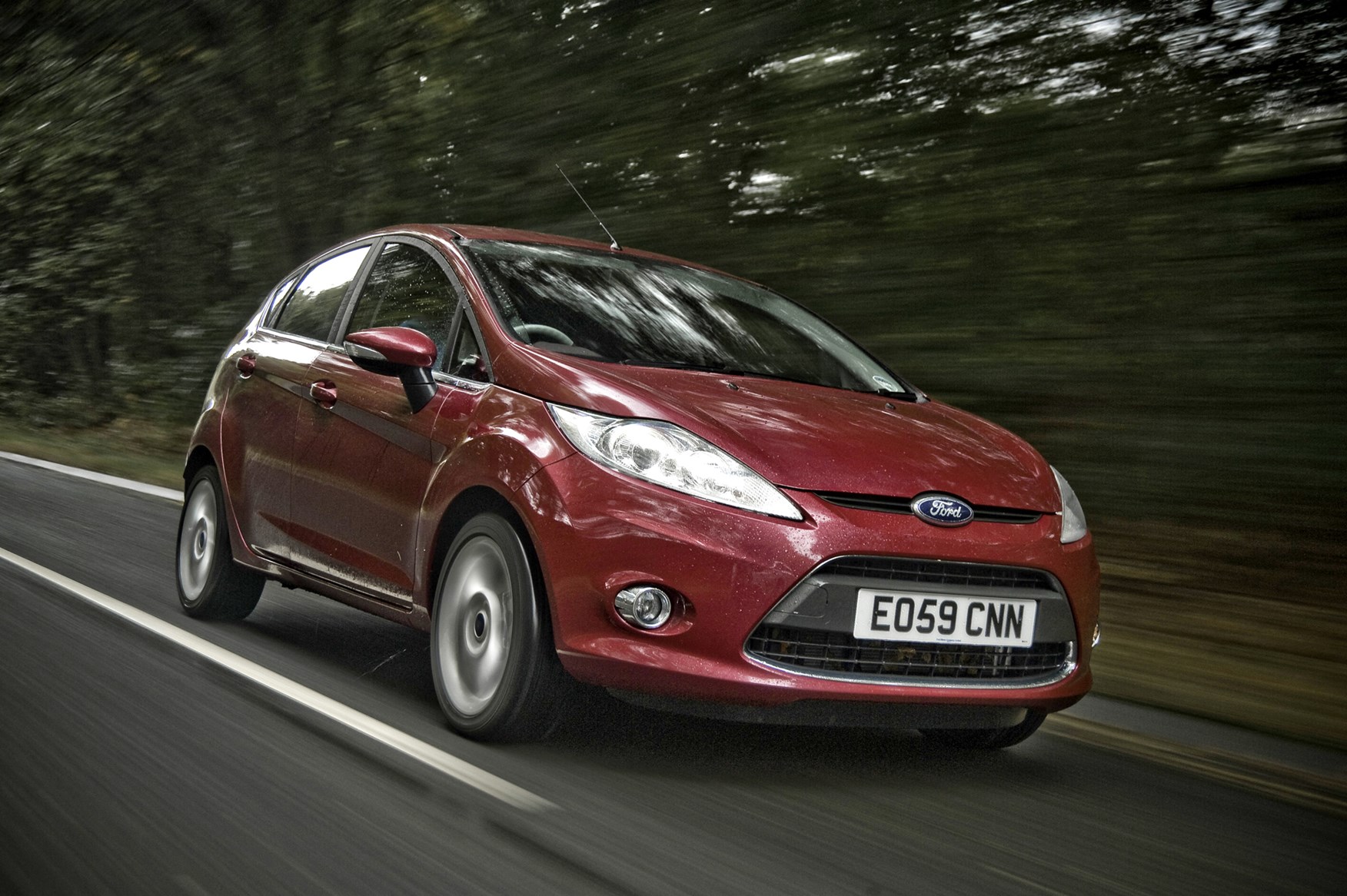