What do a tree, a large kitchen sideboard and a whole school year's artwork have in common? It's not some awful joke but actually items that I've managed to fit into the back of the Civic.

The Honda continues to impress with its incredibly practical and cavernous boot. It's far bigger than many other small hatchbacks and that's evident when you open the tailgate. The numbers don't lie either. It has 485-litres of boot space whereas the Ford Focus and Volkswagen Golf lag behind with 385 litres and 350 litres respectively.

A two-metre long kitchen sideboard seemed daunting, but fitted easily in. Next up was the art work. My other half runs the Art Department at a local secondary school and needed a car to transport her entire GCSE year's art work to a local gallery. Including some surprisingly large sculptures.

Again the Civic managed with no problems. But the biggest challenge was a tree we had to cut down. As you can see from the pictures, it was a considerable size but after much sawing I managed to fit it in for the (thankfully) short trip to the local recycling centre (with just a bit left over).

This is all thanks to the Honda's versatility. The boot includes a clever 'underfloor' storage area which is ideal for keeping valuables hidden away but also stops loose shopping rolling around. Then there's the rear seats which fold down flat in one go thanks to clever bases that slide forward and down simultaneously. As family hatchbacks of this size go, surely few are as practical as the Civic. 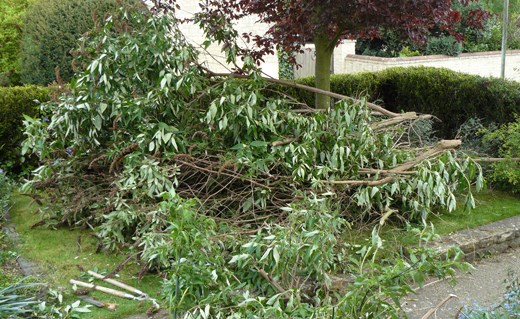 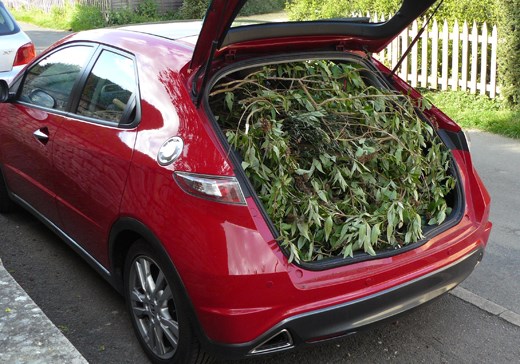