Unique look carries on inside

The Civic isn't just about exterior looks. That radical styling is carried into the interior which is wonderfully unique. I'd even go as far to say it's revolutionary. It manages that rare feat of being great to look at but also functional and easy to operate.

Honda uses something called the Dual Link concept. This basically organises all the most important controls and information at the top of the dash - within easy reach of the steering wheel. This not only means you don't have to take your eyes of the road (when turning up the stereo for instance) but also keeps the central console clear of buttons.

I really like the circular theme that runs through the interior. As you can see by the pics of the cabin, all the buttons and and controls  - even including the drivers side air vent and small speakers on the doors - are round. It's a nice contrast to the triangular theme of the exterior styling.

The digitial 3D dash is another highlight and adds to the futuristic feel of the Civic. The central display includes a useful MPG meter which tells you how economically (or not) you are driving.

My only gripe is the location of the digitial speedo. In my perfect driving position it is slightly obscured by the top of the steering wheel (see the bottom picture). This is a complaint I've heard from a few Civic drivers, but it does depend on your height and what driving position you prefer. 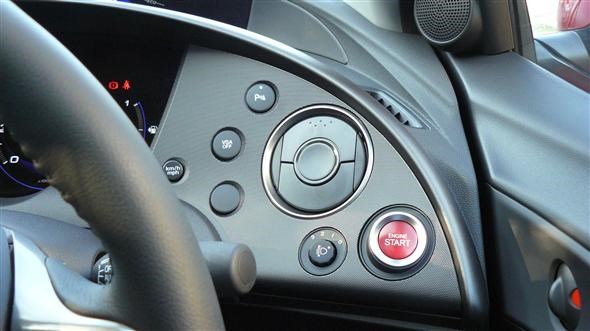 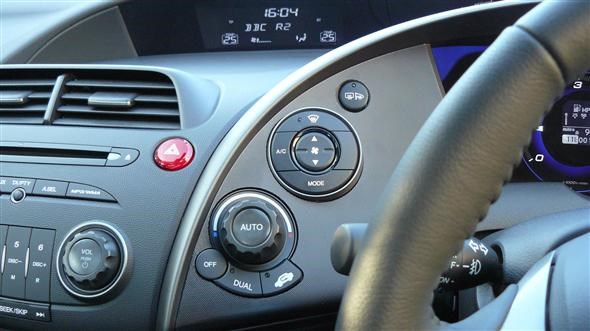 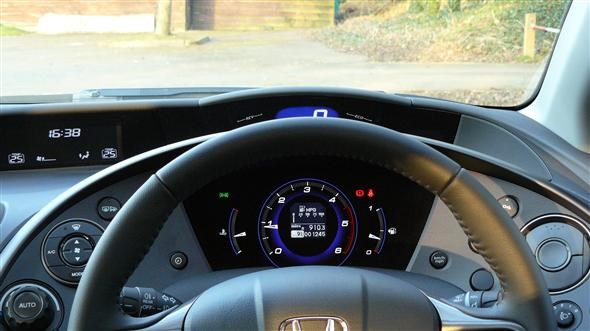 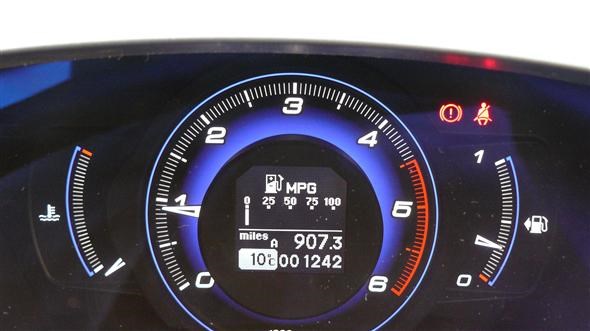