While fuel economy figures from manufacturers are a useful way of comparing the running costs of different cars, in reality, it's very difficult to achieve them. The combined figure (which is the one most people use) should be a reflection of the economy you can expect with a combination of town and motorway driving.

In the real world, it's often impossible to get to these figures without some extremely careful driving and traffic free roads. With a commute to work that involves country lanes and busy A roads, this isn't a very easy task.

But some recent longer motorway trips have allowed me to improve on economy. Honda says that the five-door Civic i-CTDi should be averaging 53.3mpg (apparently it can return 62.8mpg on the motorway).

Up till now it's been hovering around the late 30s and early 40s mark but that's probably as much to do with the fact that i've been having plenty of fun on country lanes rather than worrying about efficiency!

A long trip to Blackpool from Leicestershire gave me the chance to cruise gently and on the 400-mile round trip the Civic averaged an impressive 51mpg. This would give it a range of 560 miles.

The very useful digital mpg meter on the dash helps to remind you how economically you (should) be driving. There's also a shift up/down indicator next to the speedo along with several lights that illuminate one by one that higher you rev the engine. The idea is to keep the revs low to avoid lighting these up! 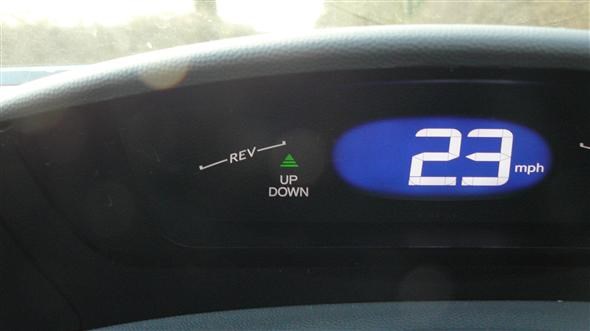 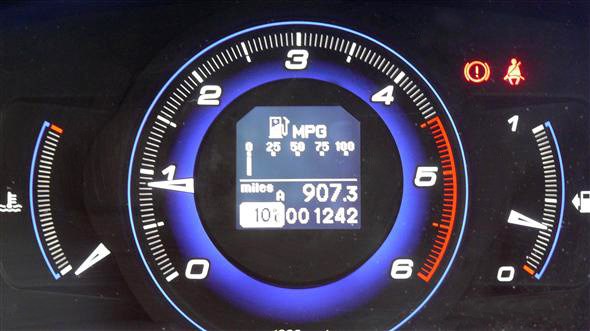