This car has been superseded by a newer model, click here to go to the latest Honda Civic Hatchback review. 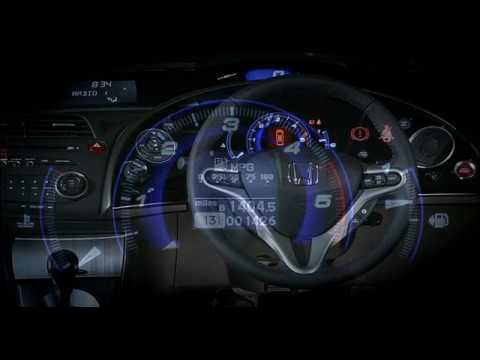 Honda wanted to attract younger buyers when it launched the FN-generation Civic in 2006. It's a recurring theme, but the Japanese carmaker will tell you that it's keen to lose the dull image of its previous car – and pick up a whole raft of more youthful buyers.

And every generation, the same buyers come back for more. That alone tells you all you need to know about the Honda Civic. Its customers are loyal because the cars are a known quantity, the dealers are good, and the reliability remains as strong as ever from generation to generation.

So, it might want style-conscious drivers millennial buyers, but the company ends up courting more senior drivers. And is that a bad thing? Of course not – especially from a used car perspective, because these are the perfect people to buy cars from.

What was different about the eighth-generation Civic?

Apart from the styling, quite a bit. The Swindon-built hatch might have looked more advanced, but under the skin, it featured a simplified beam-axle rear suspension layout, and a mix of 1.4- and 1.8-litre petrols, and a storming 2.2-litre diesel (which followed later).

The eighth-generation Civic brought the most significant change in the line-up for many years: its design was a radical departure from the earlier, rather conservative styles, and details such as its split rear windscreen — which seriously restricted rearward visibility — were heavily criticised.
In an attempt to make the car more sporty in character, ride comfort was sacrificed, and much of the Civic’s traditional market of older buyers was alienated.
However, it’s a slightly more inspiring drive than the Mk9 which replaced it from 2011. Choose between the 2.2 i-DTEC diesel and 1.4-litre and 1.8-litre i-VTEC petrol units.
View the Honda Civics for sale on driving.co.uk
Interior space has not been the Civic’s strong suit, with headroom on the tight side, and rear legroom is not great; however, the Civic does have a big boot. The “magic” rear seats (that’s Honda’s description) fold flat easily, and the boot opening is wide and low, so the Civic is an effective load-carrier: it appears to be particularly popular with cyclists, who often stick a bike rack on the tailgate, making rearward visibility even worse.
The pick of the Mk 8 range is the strong, smooth diesel, though it can be noisy; second-hand examples are plentiful and of a similar price to 1.8-litre petrol models. The underpowered 1.4-litre is best avoided. All trim levels come with decent equipment, and in 2009 the Civic scored the full five stars in the Euro NCAP crash tests.
The Civic has never stolen many sales from the Volkswagen Golf, but it is a sensible and good-value alternative to more mainstream models such as the Ford Focus and Vauxhall Astra. Just make sure you can live with its idiosyncrasies.
What to look out for when buying a used Honda Civic
Honda has a long-standing reputation for reliability, and the Civic has scored well in customer satisfaction and reliability surveys. The eighth-generation model was recalled several times, however, for problems including brake pedal travel and self-releasing parking brakes, as well as for short-circuiting electrics, and there have been problems with the diesel engine including excessive oil consumption, faulty oil level sensors and burnt-out glowplugs.
Quality defects noted by customers have included poorly sealed tailgate windows, moisture build-up in headlights and tail-lights and loose trim; owners have also complained of premature tyre and brake wear

This new suspension layout meant the car was less comfortable than the one it replaced, although it was considerably tauter in corners – another attempt to make it more appealing to younger drivers.

In terms of performance, the 1.4-litre car is adequate, the 1.8, is reasonably quick if you wind it up, and the 2.2-litre diesel is a delight if you don't mind the clatter at idle and around town.

The Type-R is an absolute peach – and that explains why demand for used examples is so high, and values remain strong. And yet, compared with the previous-generation FK2-generation Type-R, it feels leaden and not as fun to drive. Despite that, it will happily crack 150mph and 0-60mph in less than seven seconds.

While many hot hatches are aiming for headline grabbing power figures, Honda has stuck to the basic principles of driver appeal for the Civic Type-R. It boasts 200hp from a non-turbocharged engine, which is fairly modest when compared to rivals like the Ford Focus ST or SEAT Leon Cupra.

However the Type-R is the most involving and rewarding performance hatchback on the market thanks to it's light weight, razor-sharp steering and a perfectly balanced chassis.

That engine does need to be worked hard though and with a firm ride the Type-R is an uncompromising car. It's not as rounded as some rivals and not particularly easy to live with day to day, but for unadulterated driving fun it's very much a modern car with an old school hot hatch feel.

It's higher quality than a Ford Focus, probably not as well-polished than a Volkswagen Golf, and because of its split-level dash and digital instrumentation, it's something of an aquired taste.

In terms of interior space, it's not a class leader, either, but is probably useful enough for small families. Front legroom is excellent, rear room is tight, and the boot is enormous. As for rear visibility, you're best off using the mirrors.

Overall, the eighth-generation Honda Civic is an exceptionally reliable car with a few well-understood problems. Check out the recall data in our full review. Parkers readers report a few issues, such as excessive oil consumption, faulty oil level sensors and burnt-out glowplugs.

Other than that, the Civic gets a clean bill of health.