This car has been superseded by a newer model, click here to go to the latest Volkswagen Golf Hatchback review. 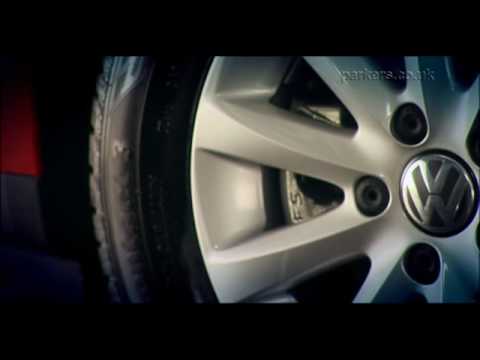 Not particularly striking to look at, expensive compared to similarly equipped alternatives

As the old adage goes, 'if it isn't broke, don't fix it,' and that's certainly the path Volkswagen has followed with the Golf. This, the sixth-generation Volkswagen Golf, is technically an all-new car but shares much with the previous model - that's no bad thing as the previous generation model was a superb all-rounder. The latest car is even better with a more upmarket interior, impressive refinement and a great range of efficient engines that also offer good performance.

In terms of styling the Golf is hardly revolutionary, but on the move it feels even more solid and well built than before thanks to excellent noise insulation. It's not quite as enjoyable to drive as a Ford Focus but leads the way for sophistication among small hatchbacks. There have been quite a few notable advancements on this model including a sizeable reduction in wind noise thanks to a new door design, revised window seal as well as a new, thicker windscreen.

New engine mounts have also been fitted to make the car more refined. Also, buyers can opt for Volkswagen’s new Adaptive Chassis Control that allows the driver to select from normal, comfort or sport modes to change suspension, steering and accelerator response settings. The Golf is now available with Park Assist that steers the car automatically when parallel parking and it also gets a driver’s knee airbag, bringing the total number of airbags fitted as standard to seven.

A new head restraint system designed to reduce whiplash injuries and optional rear seatbelt detection sensors are included along with stability control. There are three specifications: S, Match and GT, but buyers can also opt for BlueMotion Technology models for better fuel economy and reduced carbon dioxide emissions. The Mk VI Golf is slightly shorter and lower than its predecessor, but it is wider offering more room for five adults.

Headroom and loadspace remains the same as before, however. It is available in three- and five-door hatchback bodystyles and for the full Volkwagen Golf review read on…