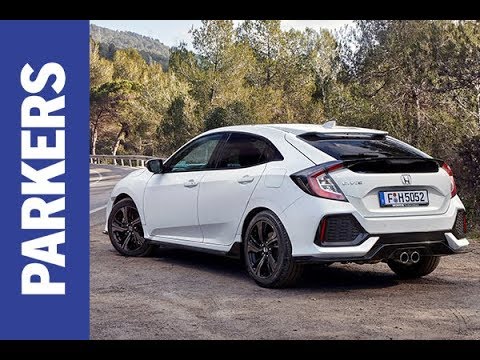 Is the Honda Civic any good?

The Honda Civic is one of the longest-living nameplates in motoring – it’s now in its tenth generation since launch in 1972. It, and indeed Honda in general has built up an enviable reputation in that time for being dependable, practical and uncomplicated, yet European sales have rarely troubled the likes of the Ford Focus or VW Golf.

Yet take one for a test drive and you might find yourself wondering what the Civic’s done to deserve such low numbers, as this latest generation has plenty to offer. With a practical interior, accomplished and comfortable chassis tuning and a narrow but impressive engine range, could it steal your buck away from the European competition?

The tenth-generation Civic could hardly have been more different to its predecessor – with a low-slung, sporting look replacing the old sit-up-and-beg styling of the ninth-generation model. The front and rear of the car is low and aggressively styled, while the sloping, fastback tailgate is more coupe than family hatchback.

That’s a conscious effort on behalf of Honda to try and attract new – and, dare we say, younger – buyers to the Civic brand. Even though there has been no attempt to disguise this model to look like a three door, unlike the last-generation model, will that matter? By giving the Civic dynamic styling to match its new, more accomplished chassis, Honda’s sending a very clear message that this isn’t just retirement home transport any more.

The redesign also means that the barmy Civic Type R hot hatchback doesn’t look quite so out of place in the range any more. It’s still bonkers, with a ginormous rear wing, super-aggressive body kit and huge alloy wheels, but the sharp creases and slashes of the standard Civic’s body give a far more interesting base layer to place all this bling onto.

Interior practicality and flexibility have long been the Civic’s forte, and that doesn’t change with the tenth-generation car. Though the previous model’s ‘magic seats’ have been canned, what remains is a truly cavernous 478-litre boot with a low, wide opening. It's far bigger than rivals such as the Vauxhall Astra.

There’s a large hidden compartment under the boot floor, too, ideal for items you want to remain out of sight or keep in the car.

Passenger space is similarly generous, with room for two six-foot adults to sit comfortably in the rear.

Up front, there’s a low-slung and comfortable driving position and loads of storage – from good-sized door bins to a huge centre cubby.

The Civic offers a choice of three engines, all of them being petrol. There’s a 1.0-litre, 1.5-litre and 2.0-litre – the latter reserved only for the Type R. The solitary 1.6-litre diesel was taken off sale shortly after the facelift in 2020.

If you’re an ordinary driver without particularly challenging needs, the 1.0-litre engine is really all you need. Its power and mid-range torque belies its small capacity, and it makes the car feel surprisingly punchy given its relatively modest, 126hp output.

Read more about how the Honda Civic drives

There are five trim levels to choose from with the Honda Civic, ranging from S, to SE, SR, EX, EX Sport Line and Sport. However, if you have your eyes on the most powerful Civic, Honda released a performance version to head the range.

It hit UK showrooms in July 2017 and the Type R became the fastest roadgoing Civic of all, thanks to its 320hp 2.0-litre turbocharged engine.

Performance figures are impressive – 0-62mph takes 5.7 seconds and maximum speed is 169mph. If that acceleration figure feels off the pace, consider that the Civic is front-wheel drive, and its faster rivals, such as the Ford Focus RS and Volkswagen Golf R are four-wheel drive.

Available in three trim levels, standard, GT and Sport Line, the Civic Type R is more habitable than earlier cars to wear this badge, thanks to a new Comfort mode. GT models are fitted with additional standard equipment over what is an already generous spec.

If the rear wing is a bit too much for your eyes to digest, the Sport Line introduced as part of the 2019 facelift brings a smaller, more palatable spoiler, as well as smaller 19-inch wheels.

The Civic underwent what Honda calls an MMC, or Minor Model Change – known to the rest of the automotive world as a facelift – at the end of 2019. The latest model barely looks any different to its predecessor, with just a few minor alterations to the front and rear bumpers and LED headlights.

It’s dealt with major concerns on the interior, however – particularly the centre console and infotainment system, which now has physical buttons and a volume knob instead of the awkward, unresponsive touch-sensitive controls previously fitted. There’s also full climate controls operated by buttons, rather than a halfway house between screen and physical switch.

Honda also introduced a new, range-topping trim level. Named EX Sport, it’s somewhat of a halfway house between the regular models and the Type R, and comes with a unique body kit and impressive rear spoiler.

Continue reading about the Honda Civic, including its practicality and how much it costs to run.