What is miles per pound?
Low figures relate to the least economical version; high to the most economical. Based on WLTP combined fuel economy for versions of this car made since September 2017 only, and typical current fuel or electricity costs.

Low starting prices (S models are cheapest of the range and come in at £17,980) make the Kona affordable. Higher specced models soon get expensive - the IPremium GT comes in at £26,945. The Kona Hybrid models start at £23,160.

Fuel economy, meanwhile, is also a little higher than some competitors. The 1.0-litre model returns official economy a couple of mpg short of the SEAT Arona, for instance. This six-speed manual transmission is slick and accurate enough, although the ratios could be closer together, especially given the need to keep the engine in its optimum power band. Claimed average fuel economy is 54.3mpg, although you’re more likely to see around 40mpg in the real world. 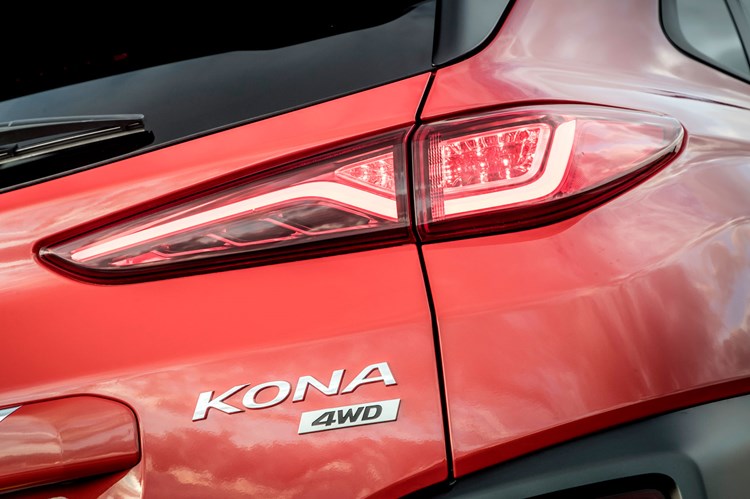 The 1.6-litre petrol barely tops 40mpg. This is well off the pace against a number of similarly nippy alternatives, though most of these lack the Kona’s economy-hitting all-wheel drive system.

The hybrid's official WLTP 'real world' rating is between 52.3 and 56.5mpg. Our real world testing on a mixture of motorway speeds and town driving resulted in 56mpg, making a strong case for itself for replacing the diesel. All in all, the Kona isn’t likely to be as affordable to run as you might hope – especially if you go for a top-spec model or 1.6-litre petrol. Choose an S or SE trim 1.0-litre petrol for the lowest overall costs.

In terms of CO2 emissions, the 1.0-litre petrol is good, but not class-leading, and the 1.6-litre is well off the pace compared with cleaner rivals. The hybrid is the cleanest of the combustion engine powered cars. It emits 99g/km of CO2. However, if you’re after a green Kona, you’ll want the excellent all-electric version - the car itself produces no CO2.

With petrol engines and hybrid components shared across other Hyundai and Kia models and Hyundai’s solid reputation for reliability, the Kona shouldn’t offer any nasty surprises. The diesel engines heading for the Kona come from Hyundai’s latest generation of engines, so it’s possible there may be some initial teething problems.

However, we expect most drivers to be able to have trouble-free service from the Kona. Most reliable of the lot could be the Hyundai Kona Electric: it has fewer moving parts and with less vibration, the Hyundai will likely suffer less from squeaks and rattles from the interior fittings.