The first service was due on the Mazda6 so I phoned the local Mazda garage to book it in. I got a really helpful and polite service at Donalds in Peterborough, including the offer of a lift to work if dropping the car off and having the service completed before lunchtime in case I needed to pick it up then.

It made booking the car in a painless process and I'm offered a slot for the following week - useful as the mileage is just beginning to click past the service due point. Then I asked for an estimated cost and it was a wallet-melting £380!

Blimey, glad I was sat down. And there I was thinking the Mazda6 was good value for money. I was reassured that the first service was extensive and included a comprehensive check so was a bit more costly. However, I was informed that the second service would be cheaper in comparison and apparently petrol versions of the 6 aren't any cheaper to service.

The service was completed within the day and came back with a clean bill of health. The neat service trick is that franchised dealers use Mazda's official Digital Service Record to record the service online including the car's mileage and when and what type of service was carried out.

This makes it harder for fraudsters to falsify service books and/or clock cars. It also predicts when your next service is due based on your current mileage rate. 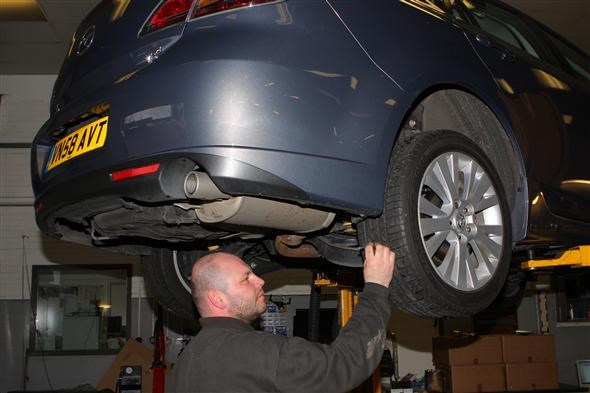