As I tend to cover over 100 miles a day it wasn't long before the Auris was being thoroughly put through its paces. In two weeks the odometer has clocked almost 800 miles, in a variety of conditions, allowing me to get a decent feel for the hybrid Toyota.

I wasn't expecting the drive of my life but on the road the Auris didn't disappoint with precise, well weighted steering and a confidence-inspiring level of grip, even on wet or icy surfaces. Even if you somehow manage to get the entirely predictable Auris out of shape then the standard stability and traction control will rein it in without too much fuss - and you could always stamp on the massively over-assisted brakes if things were going horribly wrong, which will stand it on its nose if prompted.

The Toyota's steering and brakes are, however, pretty lifeless and lacking in feel meaning it isn't as involving to drive as a Ford Focus. Let's be honest though, this isn't a car you buy to drive sportingly, as the endless thrashing of the petrol engine caused by the continuously variable transmission soon stops you from attempting any enthusiastic driving. You need to hold off to protect your ears, wallet and sanity.

Due to its heavier weight the hybrid features tweaked suspension, leading to a good, albeit firm, ride. The Auris does tend to thump into some bumps instead of smoothing them out but not to the extent that it becomes annoying. It doesn't ride as well as German competition like the VW Golf, but it's far from hopeless.

Out on the motorway there's some wind noise but certain surfaces cause an awful lot of road noise, which means it's much less refined than an equivalent Focus. The petrol engine can also be quite gruff and vocal, a problem that's magnified by the nature of the continuously variable transmission - something that I'll cover later on.

So far, however, I'm getting along acceptably with the Auris. It's a very easy car to drive, relatively economical, comfortable and reasonably practical but will this be enough to keep it ahead of the competition and how much of a bugbear will its CVT gearbox become? 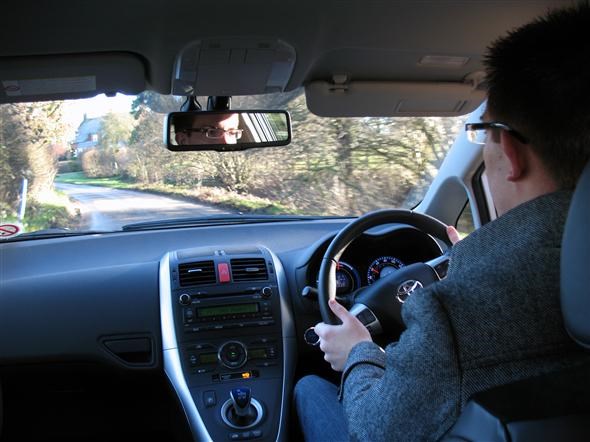 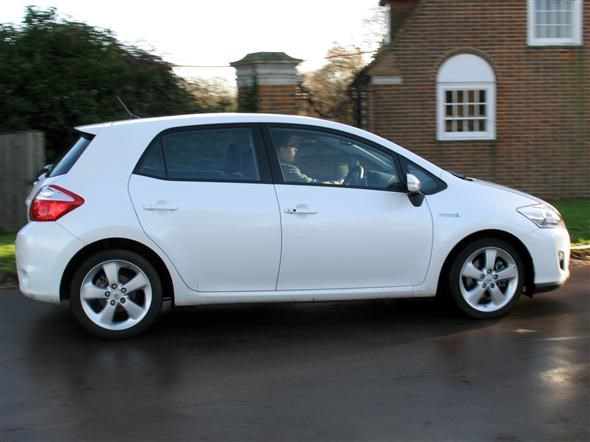 The Auris drives and rides well but it isn't very engaging.