Having covered more than 4,000 miles in the Auris I've had some time to pick up on those annoying little quirks that, on a short test drive or weekend jaunt, don't initially make themselves apparent.

The first one was something that I'd noticed before, when we previously had a diesel Auris as a long-term test car. In the centre console, just below the air-conditioning controls, is a warning light for the passenger-side airbag.

What's odd about that? Well, it's not a light to warn you of a problem with the airbag - it's a warning light to tell you that the airbag's on. Which, unless you turn it off, is on all the time.

Now, I can see the reasoning behind it - as they don't want you putting a child seat in the front with the airbag armed - but if you're never going to do that, you're going to have to endure a permanantly lit 'warning' light. So far this is the only car that I've seen this feature on - has anyone come across it anywhere else?

It seems odd, as the general idea is that a warning light is there to alert you that something's wrong - you don't expect a flashing red light saying "BRAKES OK", for example. This problem's easily resolved, however - a small piece of black tape works a treat.

I'm also still a bit puzzled as to why Toyota went with a bright and interesting blue backlit display for the main instruments, yet chose a rather drab and dull green for the rest of the dash. It clashes somewhat and a uniform set of backlights would have made the interior look much cleaner and more modern.

My only other minor gripe is the USB interface for the stereo. Navigating through folders and tracks is relatively simple, and the sound quality is perfectly acceptable, but certain file types cause the stereo to freeze or pause when you're navigating through it - leading to a deathly silence. You can usually skip past it but it does occasionally mean that you're plunged into silence and have to force the stereo to move onto the next directory in order for play to resume. 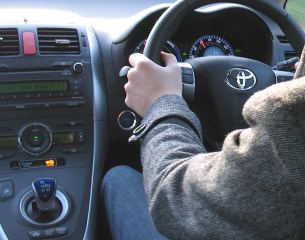 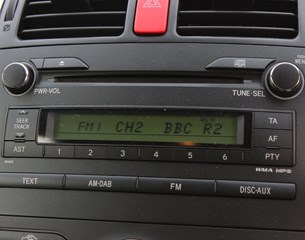 Stereo's USB interface can be sluggish and erratic.