The Ford Transit Connect may be a small van, but it remains impressively practical for its size.

Not only do you get a choice of short and long wheelbases – SWB and LWB, respectively – resulting in L1 and L2 bodylengths, there are also five different gross vehicle weights (GVW, also known as gross vehicle mass or GVM by Ford), which means there’s a wide range of payload options as well.

Top of the tree here are the Ford Transit Connect High Payload models, offered in both bodylengths. We’ve more details on maximum weight in the Payload and Towing section below.

What’s more, in addition to the panel van, the Transit Connect is available as a Double-Cab-in-Van (DCiV) with two rows of seats, and a seven-seater Kombi passenger carrier (a low-rent version of the Tourneo Connect, basically).

The DCiV is offered in L1 and L2 bodylengths, while the Kombi only comes on the L2 platform. The Kombi also disappeared from UK pricelists after the 2018 facelift.

Both L1 and L2 versions of the Ford Transit Connect can carry two Euro pallets, but only the L2 version can load one through its side door.

All models get a single side loading door as standard, with a second optional on all but the fuel-saving Econetic variant.

All Transit Connect panel vans come with a full steel bulkhead as standard – which is a useful safety feature. Be warned, however, that this is not flat but shaped so that it intrudes more into the load space at the top than the bottom. 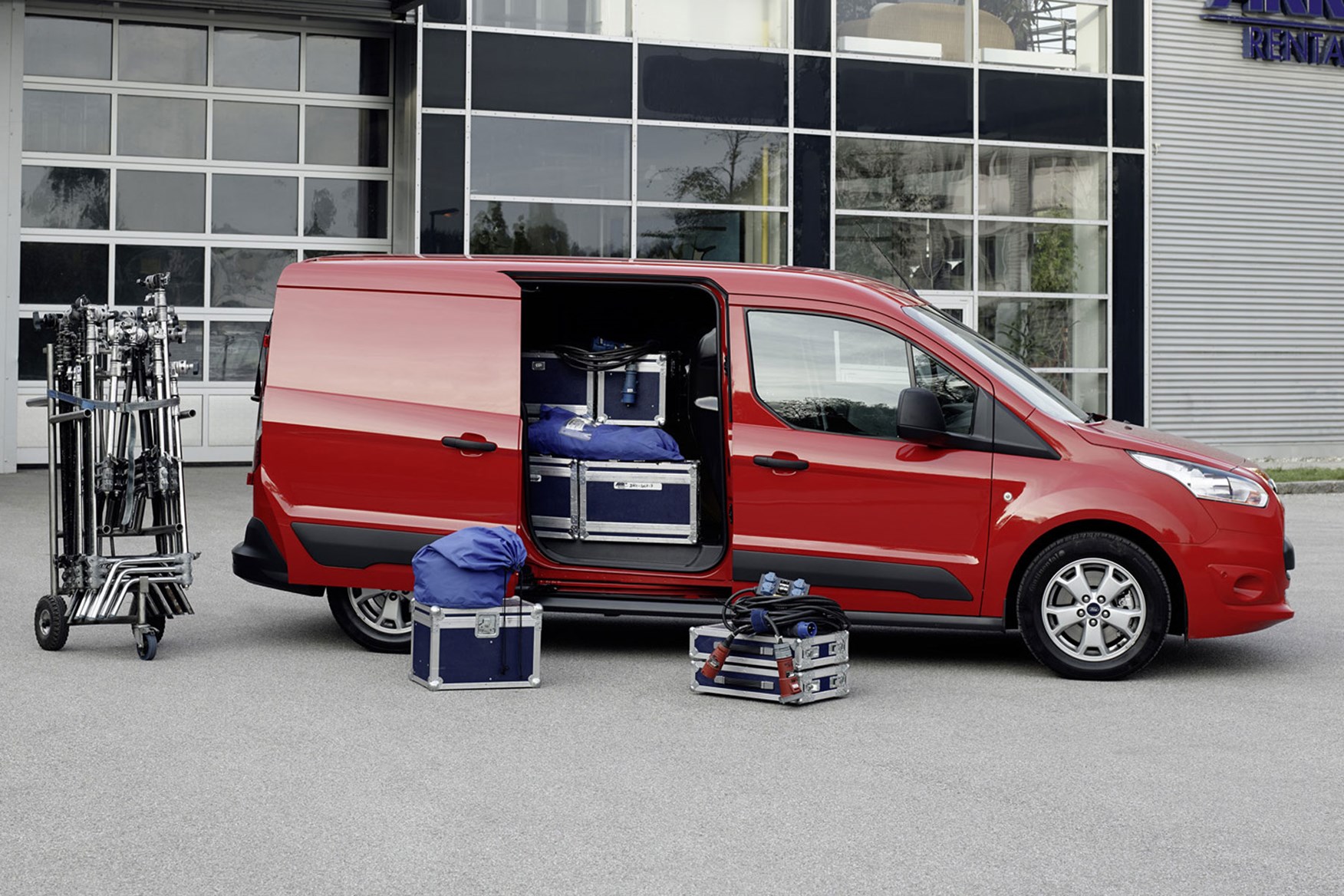 Ford actually uses this to its advantage, however, since on L2 models the top of this is specially shaped to support 8’x4’ boards – something most small vans will struggle to accommodate.

Until the 2018 facelift, Trend specification vans and above also got a load-through flap in the bulkhead as standard, making it possible to slot in longer items such as pipes and planks. Although you will have to leave your passengers behind when using this feature, that’s a pretty standard compromise in small vans with this capability. 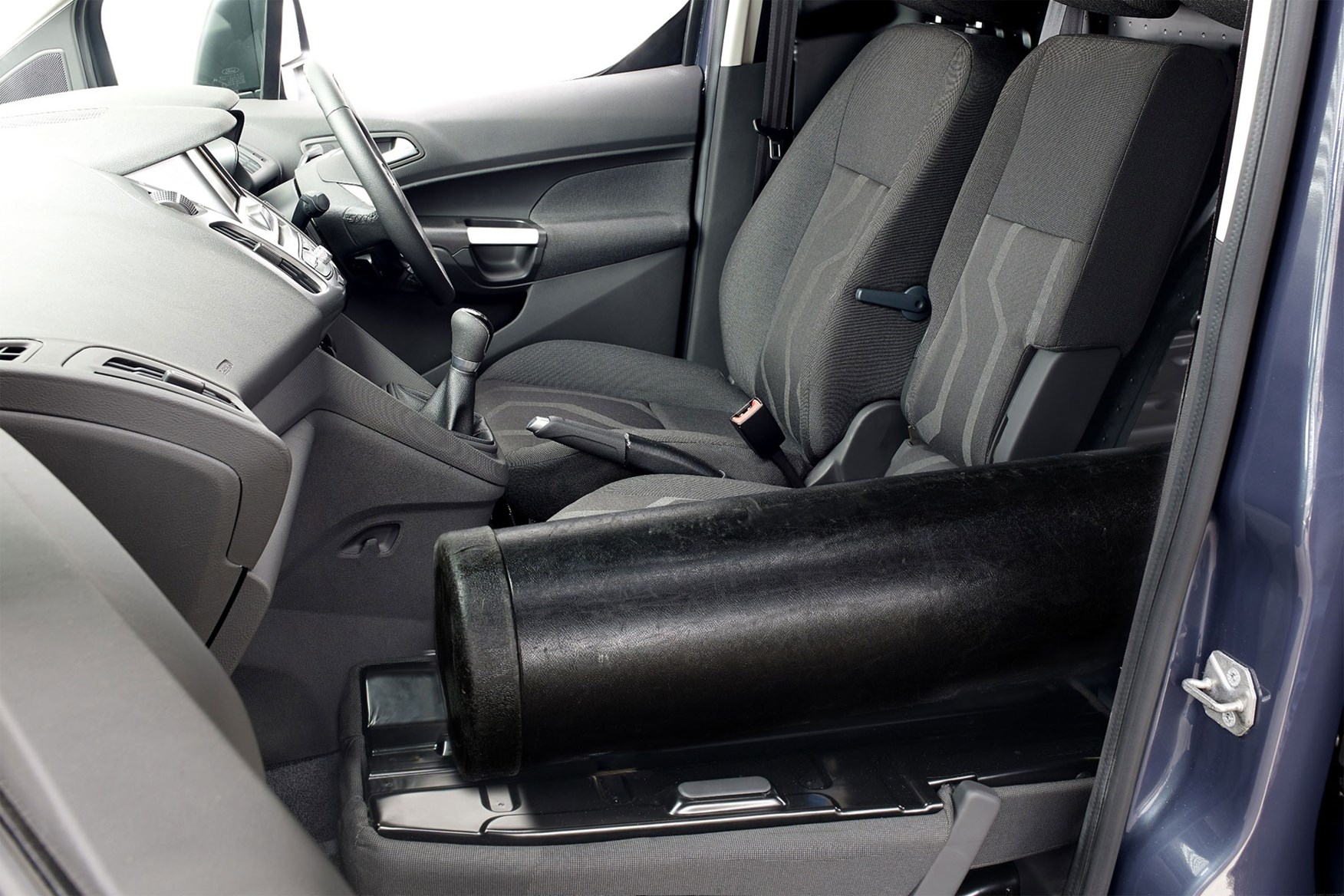 After the 2018 facelift the bulkhead flap became an option, as Ford switched to a single front passenger seat as standard; the load-through function relies on the dual passenger seat.

DCiV models use a movable metal mesh bulkhead, while the Kombi doesn’t have a bulkhead at all, as it will generally be full of people, not parts.

Ford only offers the option of deleting the bulkhead on entry-level models, though all Transit Connects can be upgraded with a glazed section if rear visibility is important.

All Transit Connects come with load lashing points as standard, with further loading options available including various roof carriers, ladders that mount on the rear doors, and a selection of attachments from specialists Thule such as rollers and load stops.

The Transit Connect has a usefully spacious load area for a van of its size, and some clever features that aim to make it even more practical than its mere dimensions suggest – the load-through bulkhead and 8’x4’ sheet support explained above, for example. 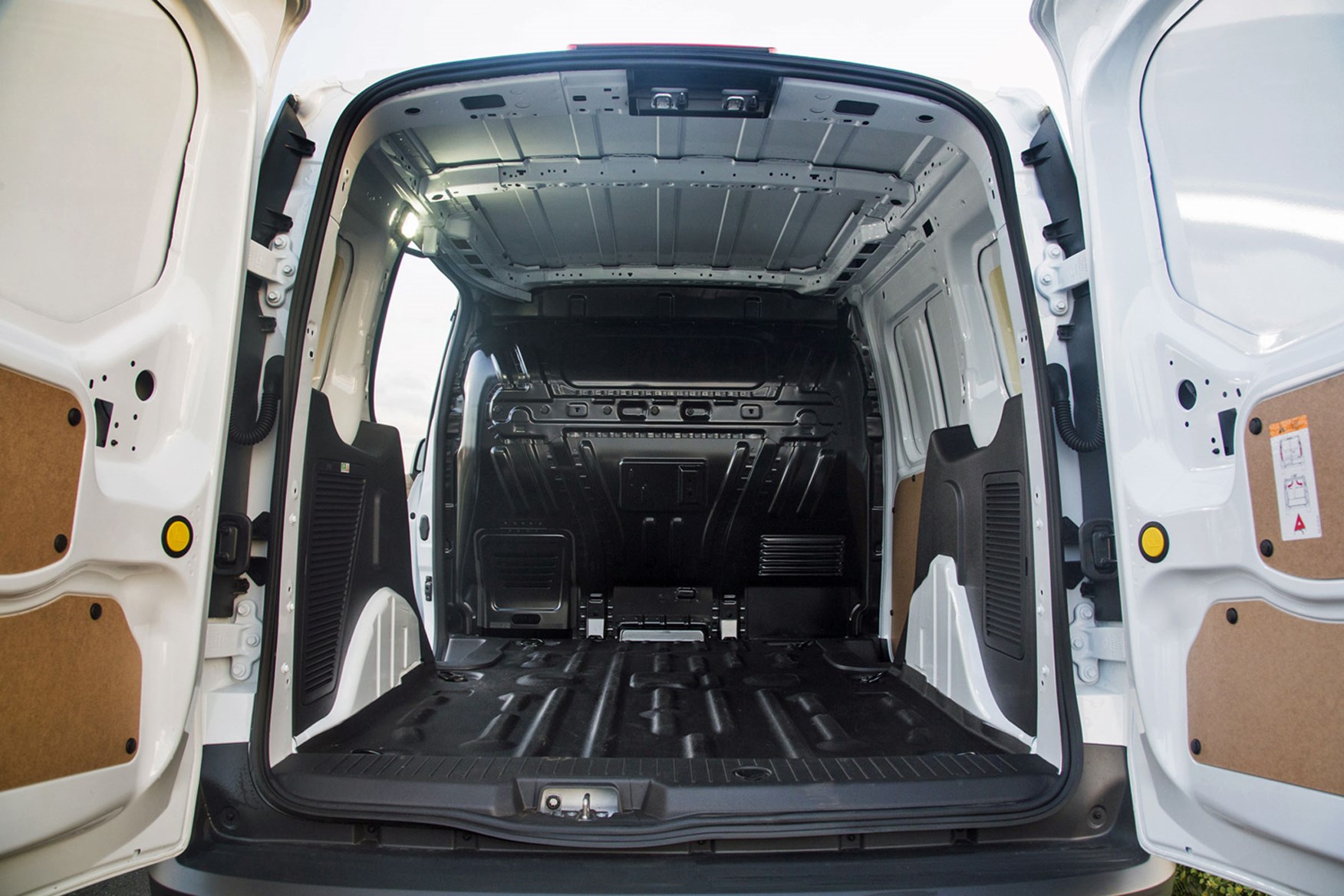 For example, the Kombi model has just 0.3cu m of cargo space with all seven seats up, but as much as 2.6cu m available with both second rows folded.

The Kombi doesn't come with a bulkhead, but you can flatten both rows of rear seats and slide a load up to 2,179mm long in above them.

Base model vans can have the bulkhead deleted to save weight or to add flexibility, and this increases the maximum load volume to 3.0cu m (L1) and 3.7cu m (L2).

As Ford offers several gross vehicle weight (GVW) options in the Transit Connect, and since this relates directly to the amount of payload they can carry it’s important to know exactly what you’re buying and using so you don’t break the law by exceeding the legal maximum.

Note that Ford typically refers to GVW as Gross Vehicle Mass (GVM); for our purposes the figures are interchangeable. 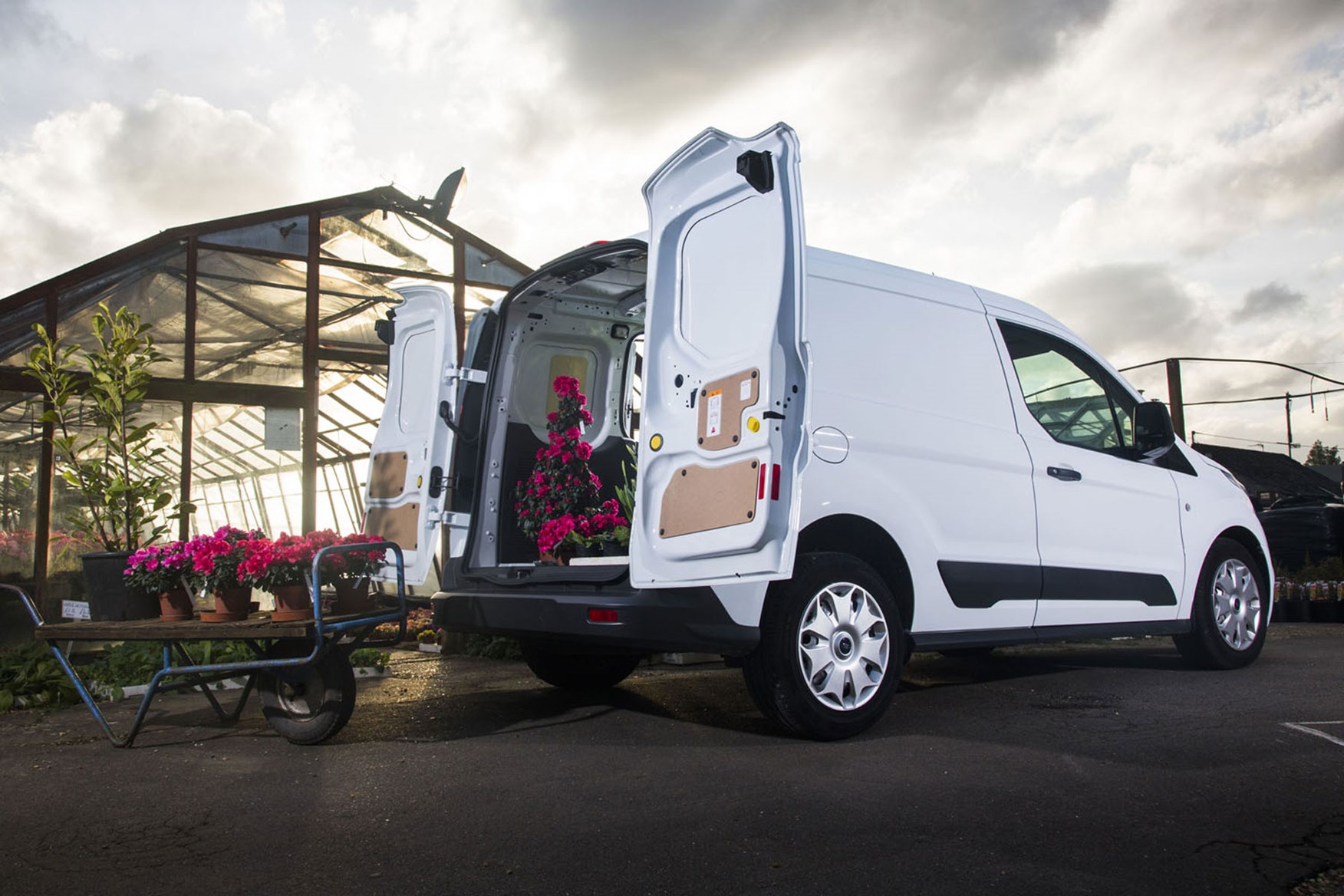 Remember that GVW is the combined weight of the van and everything on board – including the people and any optional equipment. Ford handily points out that the Transit Connect's air-conditioning system weighs around 13kg, so if you add this as an option to a Base model it will decrease the stated payload by that amount.

You’ll be able to find exact details of a particular van on its weight plate, but here are the official general guidelines for the various Transit Connect GVWs and the resulting payload; we've listed them for models prior to the introduction of engines that mees the Euro 6.2 emissions regulations and after.

As you can see, prior to the introduction of Euro 6.2, the Transit Connect's maximum payload rating was 967kg, which applies to the High Payload 240 series 1.5-litre TDCi turbodiesel L2 panel van with 120hp.

After the introoduction of Euro 6.2, maximum payload has fallen to 865kg, which now applies to a 100hp 1.5-litre EcoBlue diesel in the shorter L1 body in the 220 High Payload series.

Best in class small vans for payload that can carry over a tonne include the Fiat Doblo, Citroen Berlingo and Peugeot Partner.

Small vans are not typically bought with heavy-duty towing in mind – you’re better off with a pickup or a larger van for that.

Nonetheless most – but not all, so do check – Transit Connects can cope with the maximum 750kg weight allowed for an unbraked trailer, and a large number of models can tow 1,300kg on a braked trailer.

Ford Transit Connect (2013-on) L1 side view with door open