On this page you'll find full exterior and load area dimensions for the latest version of the Renault Kangoo that was launched back in 2008.

Plus details of payload rating and info on towing capability.

Competing in the small van sector against the likes of the Citroen Berlingo, Peugeot Partner, Ford Transit Connect and Volkswagen Caddy, the Renault Kangoo comes in standard short-wheelbase (SWB) and Maxi long-wheelbase (LWB) versions, with a super-short Compact model also offered in its early days.

The Maxi comes in panel van and Crew van versions, the later including a second row of seats for extra passengers.

The size of the Kangoo’s load area is pretty much on par with most other small vans – the regular version offers 3.0-3.6 cubic metres of load volume, depending on whether you’ve got the folding front passenger seat, while the long-wheelbase (LWB) Maxi version has 4.0-4.6 cubic metres of space.

The discontinued Compact model had a 2.3 cubic metre minimum – and enough floor space for a single Euro pallet. Need to fit two Euro pallets inside a Kangoo? Then only the Maxi will do.

As of the range revision in 2015, all Kangoo vans come as standard with full metal bulkhead. However, if you want more versatility, there are still other options.

Clever features available in this van include a swivelling bulkhead, which together with the folding passenger seat allows for longer loads while maintaining good safety protection for the driver, and a roof hatch called the rear roof flap that allows you to stick longer loads out of the top of the van. 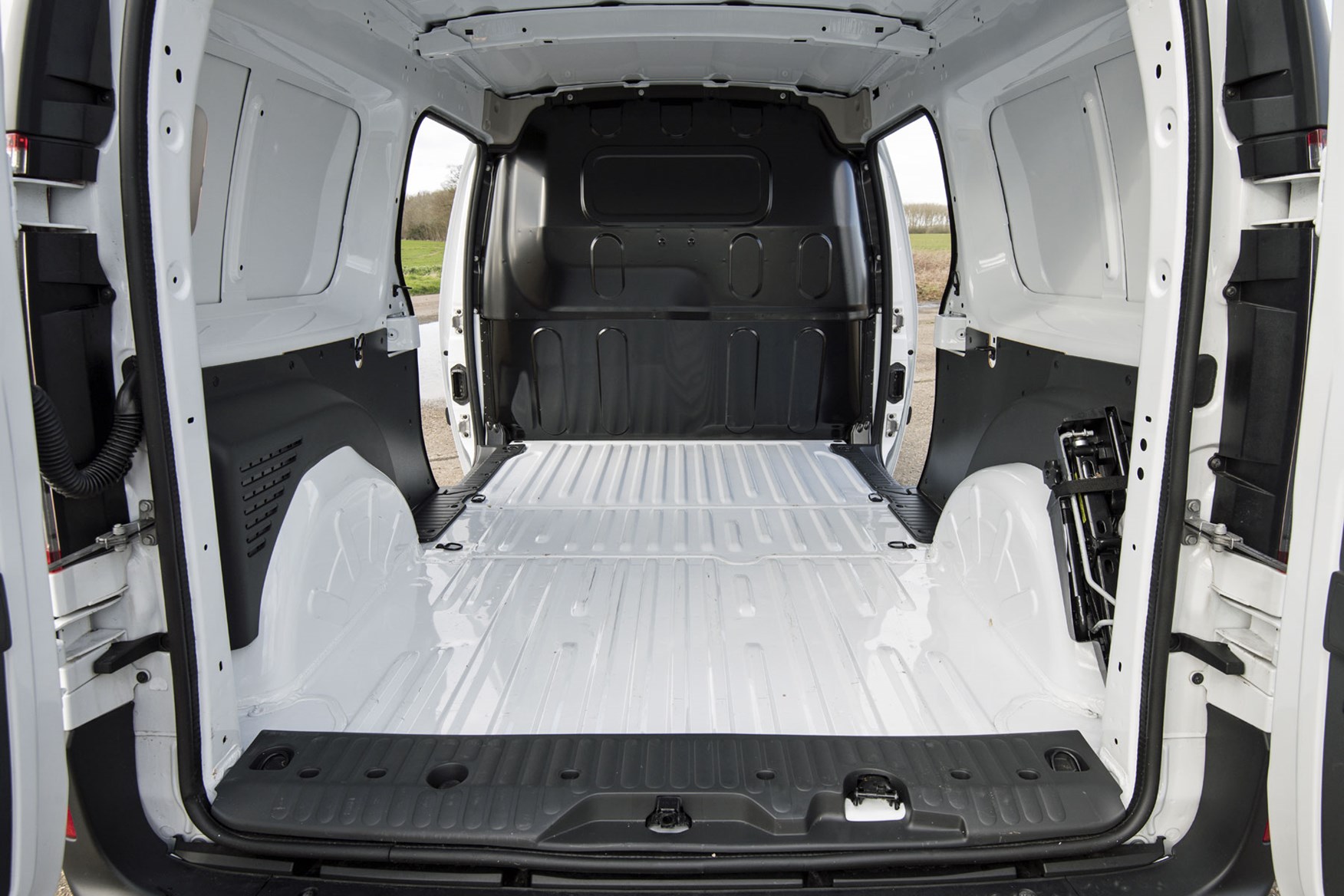 Crew vans, meanwhile, come with a what's called a multipositional bulkhead, which similarly safely extends the load area in combination with fold-flat rear seats; it’s actually attached to the back of the seats so moves forward automatically when you fold it.

The rear doors are asymmetrical, and open up to 180 degrees, while at least one side door is standard on all current models (at time of writing in June 2020).

If viewing on a smartphone you may need to turn the screen sideways to see the whole table.

Note that Renault sometimes refers to the regular van as the ML model, and the Maxi as the LL.

If viewing on a smartphone you may need to turn the screen sideways to see the whole table.

The load area of the Kangoo ZE electric van matches the conventional diesel-powered versions, since its batteries are mounted under the load floor. The ZE comes as a standard, Maxi and Crew van, too.

Unfortunately, with a maximum rating of just under 850kg (depending on version), the Kangoo doesn’t match up to the top small vans for payload, some of which now carry upwards of 1,000kg.

At the time of writing in June 2020, the standard van has 'average' payload ratings (as Renault puts it) of 671-786kg, while the Maxi panel van is rated to nearly 800kg, with Crew van versions at around 740kg.

Don't expect to tow with the ZE model.

Renault Kangoo van - side view with side doors open, 2020, white