There are two body options for the Toyota Land Cruiser Commercial - the three-door short wheelbase SWB, and the five-door long wheelbase LWB.

Load capacity is significantly improved in the LWB, and there's little reason to go for the SWB except in very specific use cases.

But you'll find full details of the load area, payload, towing capacity and exterior dimensions of both versions on this page.

For driving impressions see the main Toyota Land Cruiser Commercial review page, by clicking here, on the tab above.

As a converted passenger SUV, the Land Cruiser Commercial's load floor is inevitably quite high, due to the type of chassis and 4x4 running gear underneath.

Whether you go for the SWB or LWB models, you'll find the rear seats have been completely removed, and the mountings covered by a flat load floor that terminates in a part-mesh bulkhead with a section that can be folded back from behind the passenger seat to accomodate longer loads.

The LWB model retains its opening rear side doors, which may be helpful for added access. 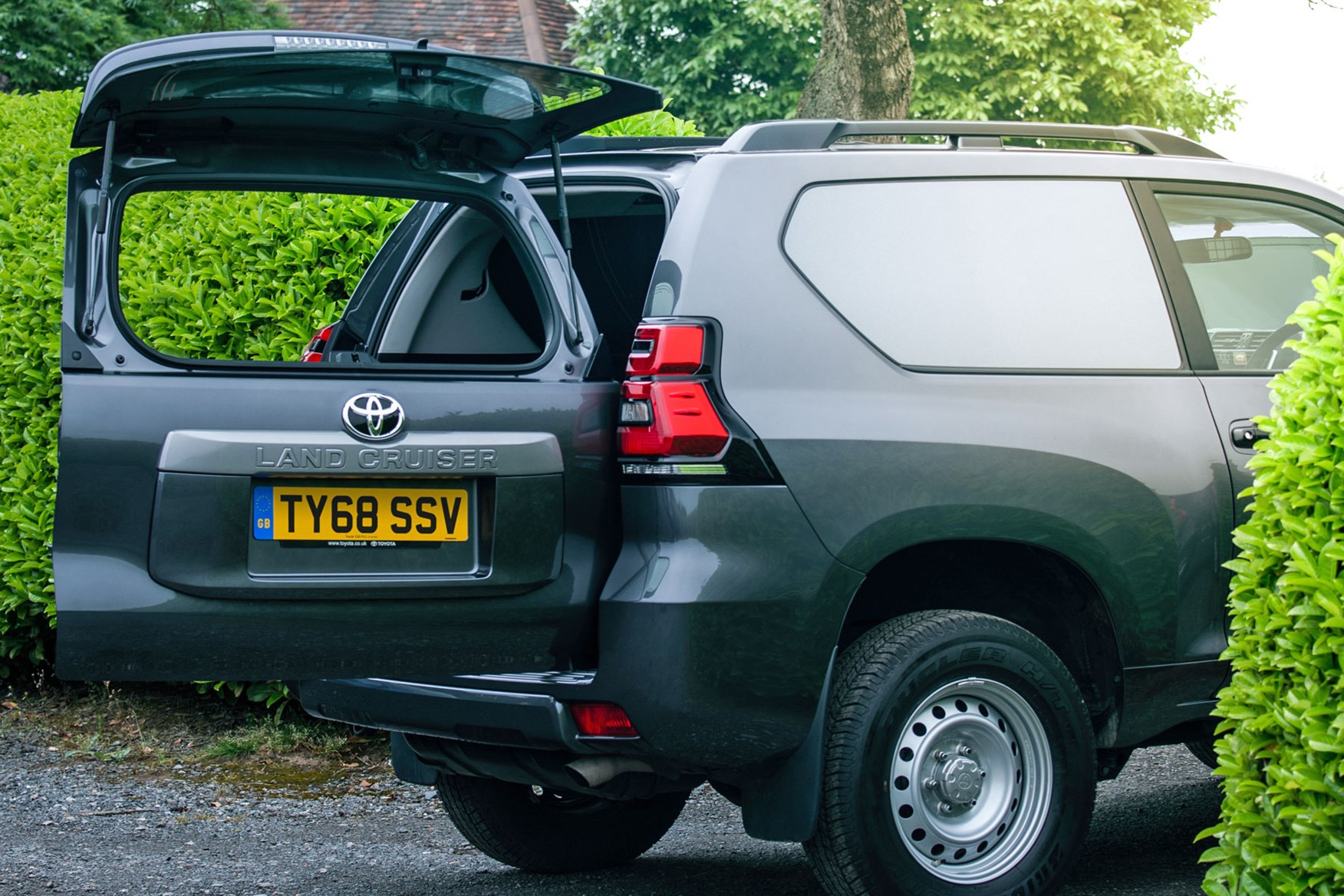 Both versions use a side-hinged tailgate, which you'll need to allow plenty of space for when parking if you intend to open it fully. Usefully, the window area of the tailgate pops open separately and is hinged from the top, allowing you to get smaller items in and out when space is tight.

If you're wondering if one of these will fit in your garage, the answer is probably not. The LWB model is significantly longer than the SWB version, too, which might be a concern when parking.

These are the major exterior dimensions of the Toyota Land Cruiser Commercial:

The Land Cruiser Commercial's load area is reasonably generous and sensibly shaped, with some intrusion from the remaining passenger car trim, with elements such as the 12V socket in the load space (useful) and cupholders for non-existent rear passengers (not so useful) still present. 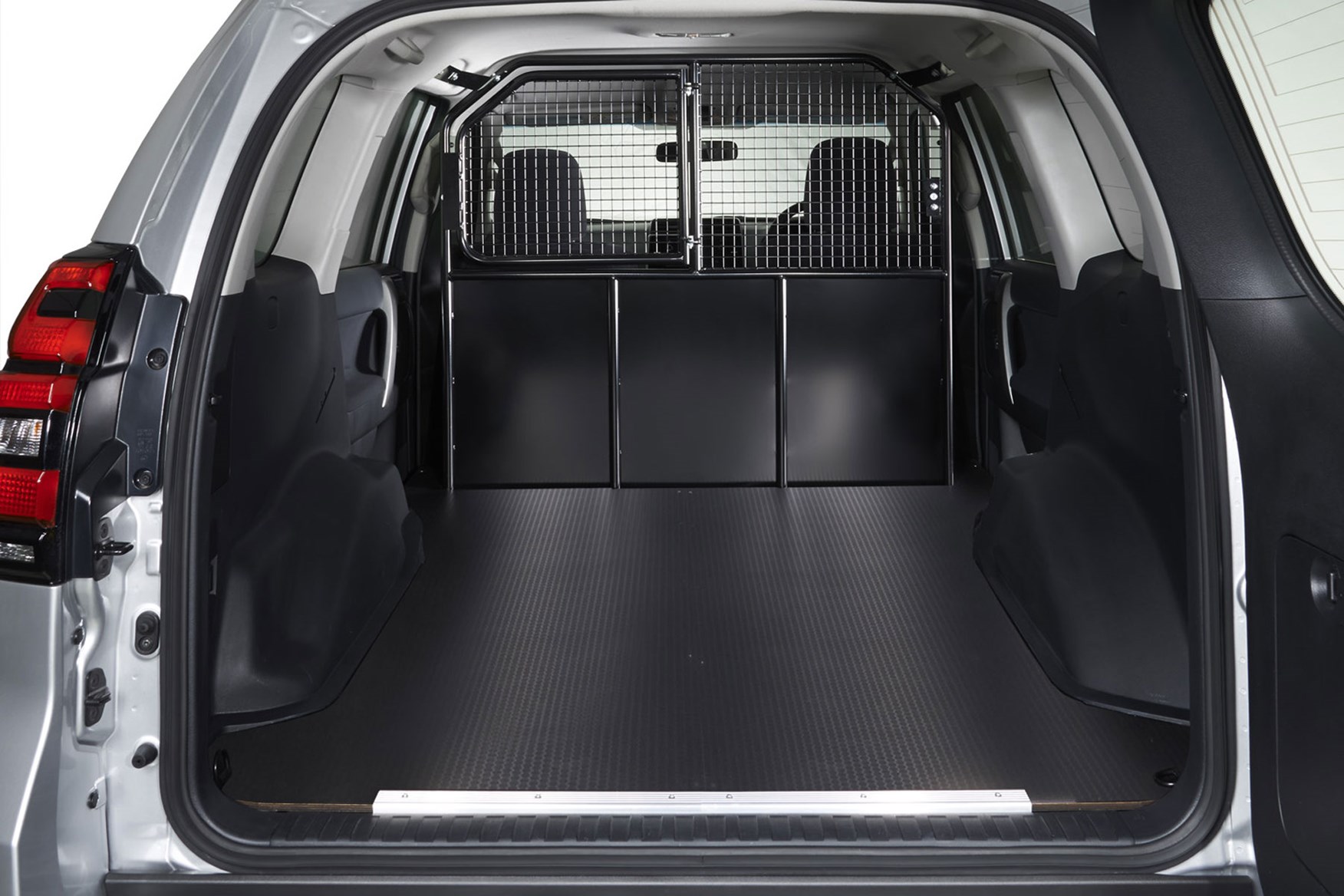 Accordingly, these are the approximate main load area measurements of the Toyota Land Cruiser Commercial:

Toyota does publish official load volume figures for the Land Cruiser Commercial, but only in litres; fortunately the conversion to cubic metres is fairly straightforward:

Full details of the payload and towing capability of the Land Cruiser Commercial.

As with all commercial 4x4s, arguably the Land Cruiser's weakest area versus a conventional van or pickup is its payload.

All versions of the Land Cruiser Commercial can tow up to 3,000kg (3.0 tonnes) when equipped with a braked trailer.

This is a decent amount, if not quite as much as the best pickups - including the Toyota Hilux - which manage 3,500kg (3.5 tonnes).

The unbraked towing maximum for the Land Cruiser is 750kg.