Buying used brings almost unlimited choices if you're looking to buy one of many Volvo V90 cars for sale. You can click the links below to search through a wide range of cars for sale across the UK. As well as that, you can use our search tools to tailor your results based on price, location, engine and trim – depending on your own personal preferences. With Parkers, you'll be able to find the right used car at the right price for you.

Want all the benefits of a new car but at a significant cost saving in cash terms? Buying a nearly-new car generally brings you the remainder of the manufacturer's warranty, full main dealer support, and a used car with low miles on it. To search for nearly new Volvo V90 cars for sale on Parkers, click on the links below. You will find the best cars for sale near you, and by using our search tools, you can narrow your choice, and find the perfect Volvo V90 at the right price.

Read review
Leasing
If owning the vehicle isn’t too important to you, you might want to consider leasing as an alternative to purchasing a car outright. You can search over 224 Volvo V90 lease deals available from just £443 per month at Parkers with national delivery available.
View Volvo V90 LEASE deals
More

The Volvo V90 is a large executive estate, sister to the S90 saloon and cousin to the XC90 SUV.

Just like those other Volvos, the V90 targets maximum comfort rather than sportiness, and comes with a huge helping of safety kit.

As is typical with most modern estates, however, some of the ultimate practicality has been sacrificed in the name of style.

Volvo V90 rivals include the Audi A6 Avant, BMW 5 Series Touring and Mercedes-Benz E-Class Estate – though if you simply want the biggest boot for your money, also consider the Skoda Superb Estate.

Which versions of the Volvo V90 are available?

Volvo's largest wagon comes as a regular V90 Estate variant and the V90 Cross Country, which is the raised ride-height variant, with additional body cladding and standard-fit four-wheel drive.

V90 trim levels mirror those of the S90, which means Momentum Plus, R-Design Plus and Inscription Plus took over from standard and Pro versions of those three trim levels at the start of 2019. 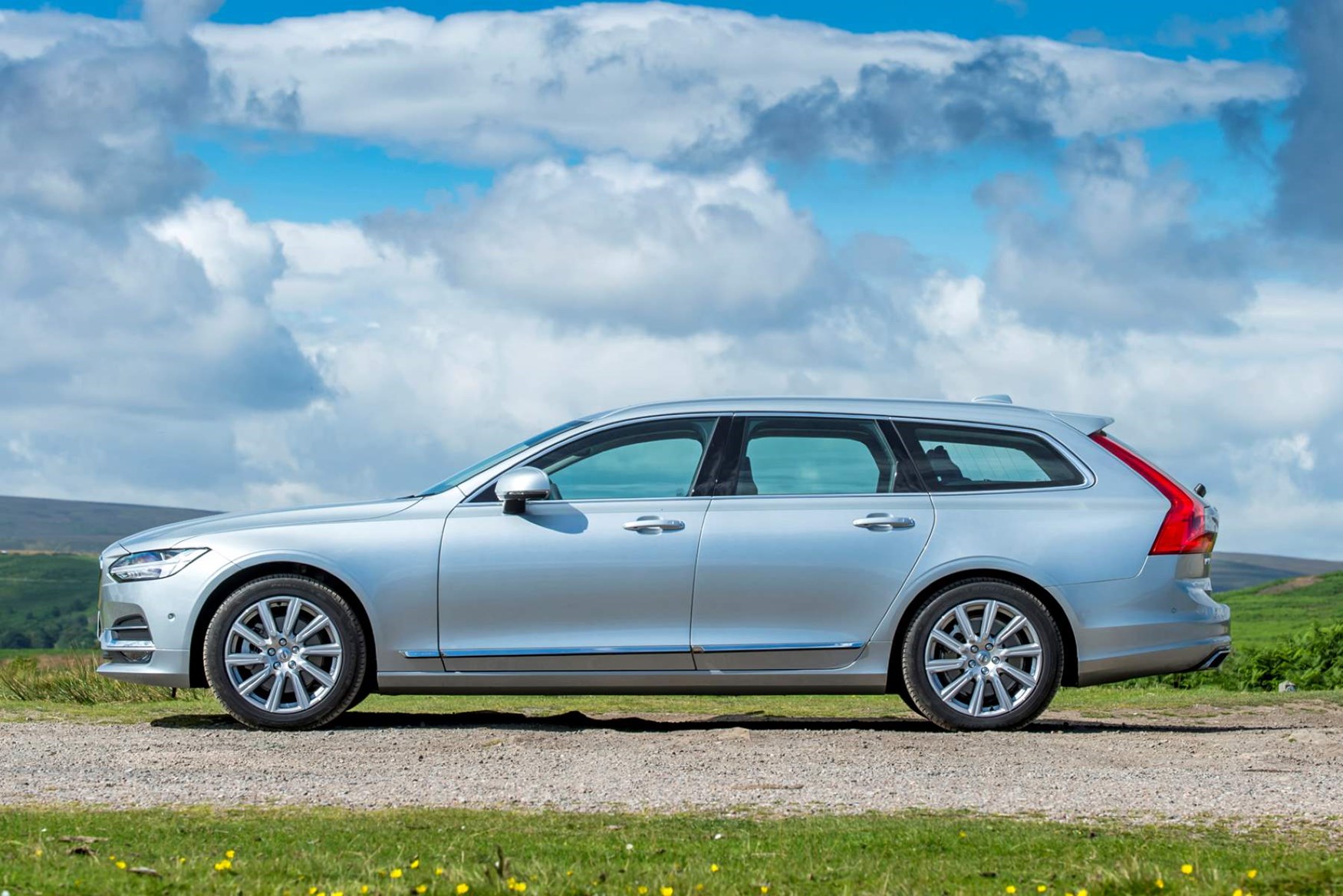 The V90 engine range is more comprehensive than the S90’s, however, with an additional 310hp T6 petrol engine alongside the T4 and T5 options., with the diesels badged D4 and D5.

Regardless of fuel or badging, every engine is a four-cylinder 2.0-litre turbo combined with a standard fit eight-speed automatic transmission and either front-wheel drive or all-wheel drive.

What is the Volvo V90 Cross Country?

Adding a little more lifestyle excitement to the V90 range is the V90 Cross Country, which bridges the gap between a regular estate and an SUV. 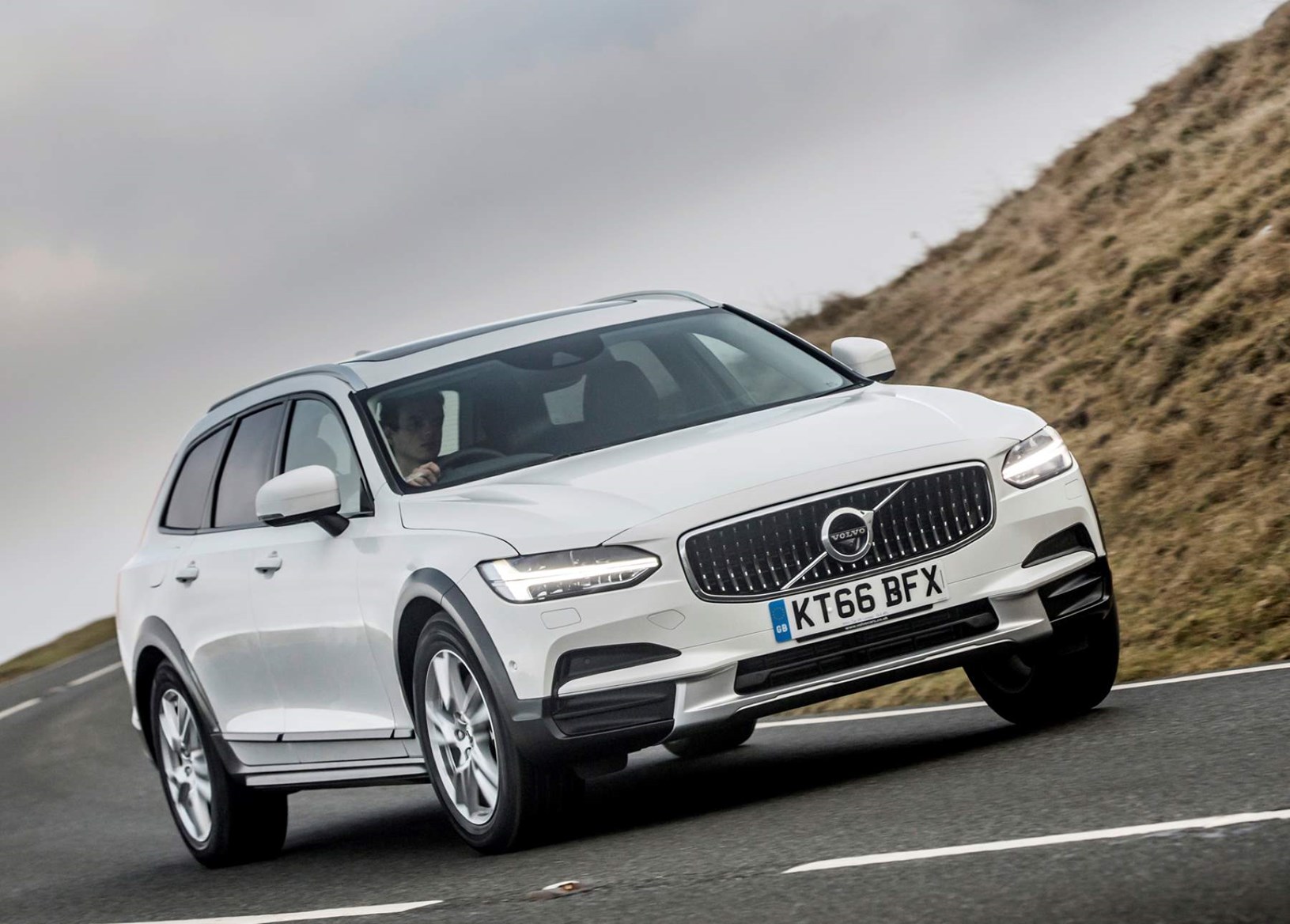 As such, not only does it come with modest wheel-arch extensions and a redesigned front bumper, it also rides 65mm higher than the standard V90 for extra ground clearance, comes fitted with all-wheel drive as standard, and features some specific off-road electronic assistance systems. From 2019 only Cross Country Plus versions were offered, the standard and Pro models being discontinued.

Within the limitations of its ground clearance – which still isn’t as great as a proper SUV – the V90 Cross Country is surprisingly capable off-road. Though it’s also not quite as composed as an ordinary model on-road.

Like the idea but don’t fancy a Volvo? Then check out the equivalent Audi A6 Allroad and Mercedes-Benz E-Class All-Terrain.

The V90 follows Volvo’s latest Scandinavian design philosophy, which is distinctive and attractive, and a refreshing change to the rival German machismo. 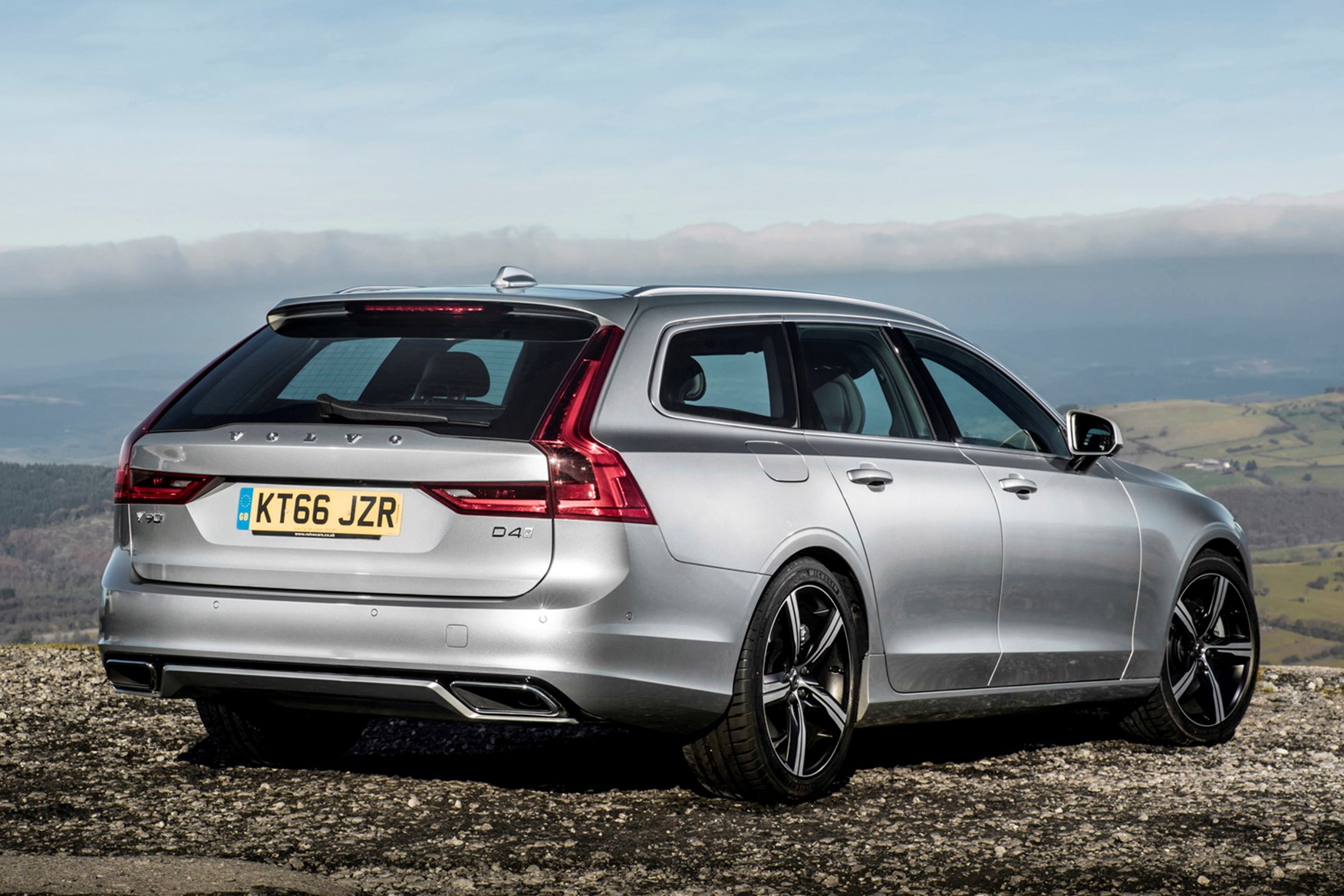 However, fans of super practical Volvos estates of the past may be dismayed to discover that this added style has compromised the V90’s load lugging ability somewhat, and it doesn’t have the biggest boot in the large executive estate class (that honour goes to the Mercedes E-Class).

Still, on the inside it’s spacious and comfortable, and has a minimalism interior design focused on a large central touchscreen.

Material quality is very high, but having to use that touchscreen to control the air-conditioning may be a step too far for some buyers.

It’s not a thrilling steer, but the V90 is perfectly satisfactory – Volvo has deliberately chosen to go for comfort rather than dynamic sportiness here. 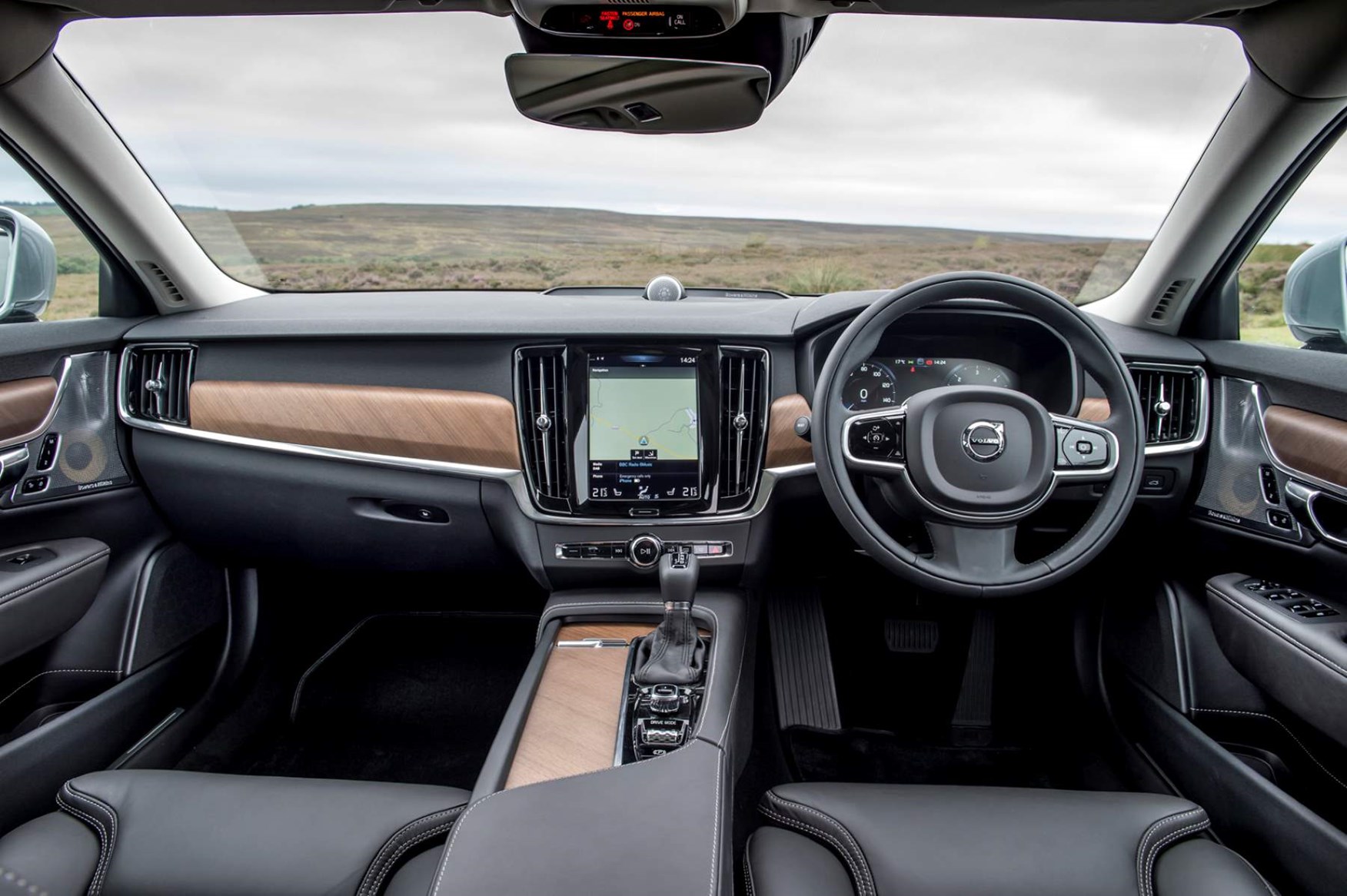 Again, this makes for an interesting – and viable – alternative to the German offerings, which often aim to be as sporty as possible.

Particularly positive aspects of the V90 experience are comfy seats and good refinement.

The Cross Country version can feel a little bit more roly-poly, but not particularly disconcerting.

How much does the Volvo V90 cost?

As with the S90, the V90 is particularly attractive to buyers looking to purchase using Volvo finance options – where it will typically be considerably more affordable than rivals.

List prices are competitive, too, and you get plenty of standard equipment on every model.

Want to find out what other buyers think? Read our comprehensive Volvo V90 owner’s reviews.

Volvo V90 models for sale
Back to top
Sign up to receive the PARKERS newsletters and receive: