Bringing safety and practicality for all seven members of the family 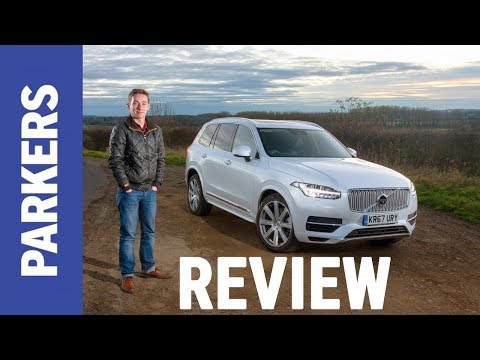 Is the Volvo XC90 any good?

Yes, the XC90 is very, very good. It's been on sale since 2015, earning itself a reputation for offering class, sophistication, luxury, and space for seven. Its main selling points are its eye-catching styling, a modern, luxurious interior and lots of advanced safety kit to keep the family safe.

It is beginning to feel its age though. Rivals have newer and more sophisticated infotainment systems, while some challengers are offering fully electric versions too. Rivals include the Land Rover Discovery, BMW X5, Audi Q7 and Mercedes-Benz GLE. While if you're after a fully electric seven-seat SUV there's the Tesla Model X.

Volvo went against the status quo with the XC90’s infotainment system, opting for a portrait touchscreen instead of the ubiquitous landscape items in many other cars. It controls pretty much all of the car’s functions, with a distinct lack of any other buttons on the dashboard.

While this is bad in some cars, the good news is that the XC90’s system is incredibly responsive and very easy to navigate once you know where all the functions are.

It’s operated in a similar manner to a smartphone, with swipes and pinches to flick through menus and the like. It’s one of the better touchscreens we’ve used in a car, and its processor seems to make easy work of speedy navigation requests, however it's beginning to look quite small and fiddly compared with some larger systems offered among its competitors.

Still, with a vast range of gadgets available – including some seriously powerful stereo upgrades, various connectivity options and safety and driver assistance tech – the XC90 feels every inch the tech-heavy and modern SUV.

Simply put, it's one of the most comfortable cars on sale today. The seats and suspension are both soft and forgiving, making the XC90 really well suited to the motorway. Show it a winding set of bends however, and it begins to feel its two-and-a-bit-tonne bodyweight.

There's a choice of four engines, all of which feed power through a smooth-shifting eight-speed automatic gearbox. The sole diesel, known as B5 (previously called a D5), makes up the majority of sales.

Company car drivers will be far more interested in the plug-in hybrid T8, which emits just 46-50g/km of CO2 and thus qualifies for seriously low Benefit-in-Kind taxation. At the same time, it’s also the most powerful engine in the range. Like the rest of Volvo's electrified line-up, this is separated from the rest of the range under the Recharge brand.

There are also two petrol options – badged B5 and B6 – with 250hp and 300hp respectively. Each of the engine options has a slightly different characteristic, but the main thing to take away here is that the XC90 is a very easy car to drive.

Read more about how the Volvo XC90 drives

There are three trim levels to choose from. Momentum is the cheapest, R-Design is sporty looking, and Inscription is the plushest. Inscription and R-Design cars also come with the option of upgrading to a Pro model. Like with every other new car, the more you pay, the more you get.

It's worth having a play on Volvo's configurator to truly understand the vast number of configurations available. Not every engine is available with every trim level - for instance, the B6 petrol isn't available on Momentum spec cars.

Safety is a core brand value for Volvo. The XC90 has a low-speed automatic driving system for traffic jams. So that should provide peace of mind for families, which is what this car is all about. It’s a seriously versatile machine in this respect, boasting a second row of seats which slide backwards and forwards and recline.

They have Isofix lashing points, and an extra feature can be added where the seat base transforms into a booster seat.

Click through these pages to read everything you need to know about the Volvo XC90 including its practicality and how much it costs to run.