A distinct and interesting family car – with superlative ride comfort 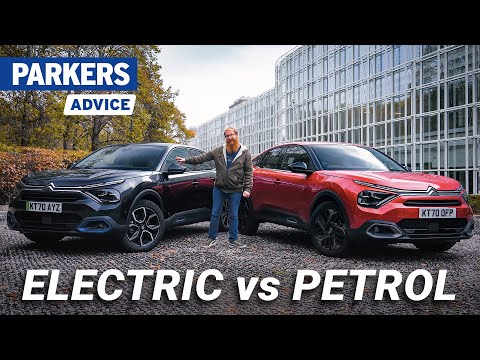 Is the Citroen C4 any good?

The Citroen C4 is a hard car to classify – is it a hatchback? Is is an SUV? In reality, it’s neither, and it’s both. A family car that stands out from the crowd is something that its maker has traditionally been good at, and this one is no different.

While it has styling that stands out from the crowd, which should please Citroen fans, the French brand is hoping that the C4 will also appeal to family car drivers who might be considering a medium-sized SUV. As a result, it combines Citroen’s slender LED daytime-running lights with chunky wheelarches and side cladding, finished off with a coupe-like roofline. It’s a concoction of styles that works well if you have a taste for the unconventional.

Rivals? Well, you could choose from a wealth of compact family hatchbacks or SUVs, but nothing is really close in concept to the Citroen. Of the hatchback contingent, you could be less daring and plump for a Ford Focus, Kia Ceed, SEAT Leon or Volkswagen Golf. Extending the net to SUVs, you might find the C4 on the same shopping list as the Kia XCeed, Toyota C-HR or Volkswagen T-Roc.

It’s an unconventional effort inside, with an all-digital instrument set-up and minimised set of controls that’s limited to a row of buttons underneath the central infotainment screen, but it’s also sombre with its acres of black plastics and a lack of stylised details that made the C4 Cactus feel special even though it was relatively inexpenive.

One notable change is the return of physical buttons for the air-condition controls and multimedia system, plus most of the car’s functions can be operated by voice control, which works very effectively.

As for engines, there are five options to choose from (not including the all-electric e-C4 reviewed separately) – the excellent three-cylinder PureTech petrols in 100, 130 and 155hp forms, and the four-cylinder BlueHDi diesel rated at 110 and 130hp. Petrol-engined C4s are expected to account for over 80% of sales

All manual models have six-speed transmissions, while the optional automatic is an eight-speeder known as the EAT8. Hybrids don’t form part of the offering.

The suspension system gets Citroen’s Progressive Hydraulic Cushions as part of the firm’s Advanced Comfort system, with a view to offering the best ride comfort and refinement in comparable cars. As part of this, the C4 also gets seats that incorporate firm springing with memory foam to give more comfort and compliance, and extensive soundproofing.

Read more on how the Citroen C4 drives

The C4 model range is easy to understand, and is available in a range of 31 exterior colour combinations, once you take into account the various bodywork highlighting options.

There are four trim levels to choose from – Sense, Sense Plus, Shine and Shine Plus, all of which fall under Citroen’s new fair pricing initiative. LED headlights, 18-inch alloy wheels, a 10.0-inch infotainment system with smartphone connectivity, Autonomous Emergency Braking (AEB), Lane-Keep Assist and dual-zone climate control are all as standard on all models, so even if you go for the entry-level Sense version it won’t feel basic.

How the C4 looks is definitely a talking point. It’s a sleek, tapered design with lots of Citroen’s current and heritage design cues melded together. The firm says it’s highly aerodynamic, which should help it achieve good fuel consumption figures as well as contribute to the car’s overall low wind noise levels at speed.

It gets the interesting variation on Citroen’s split-level lighting arrangement up front, with dark plastic bodywork trims that echo the company’s SUVs. At the back are more split-level lights, together with a rear windscreen bisected by a rear spoiler, a nod to a similar feature on the older C4 Coupe.

Overall it has a dramatic profile, with interesting crease lines pressed into the bodywork. Plus, it’s higher off the ground than a typical hatchback, which results in a slightly elevated driving position. Difficult to pigeonhole, rather like Citroens of old, and all the more interesting for it.