This car has been superseded by a newer model, click here to go to the latest Honda Jazz Hatchback review.

Jazz is about to be replaced, but still looks good 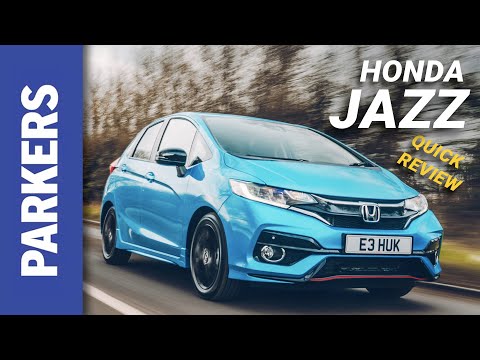 The Honda Jazz, now in its fourth generation, has gained an enviable reputation for dependability and flexibility. With some traits more akin to a mini-MPV than a hatchback, the Jazz has become a firm favourite of those who want a car to be sensible above all else. It’s far from a cool car, but it’s a very useful one if you’re not too bothered about being seen in it.

The Jazz is set to be replaced soon – the 2020 model has been revealed with a more youthful air akin to the Honda e electric car. That could mean big price cuts and discounts as dealers try to shift their stock before the new models arrive – an attractive selling point for what’s not historically been a very cheap car.

Still, until the new model arrives the Jazz has to compete with some very modern and incredibly good supermini rivals. Cars such as the Ford Fiesta and Renault Clio continue to offer incredibly good all-round packages, while mini-SUVs such as the Citroen C3 Aircross or Ford Puma can almost match the practicality of the Jazz without the associated fuddy-duddy image. So what does the Jazz have to make it worth considering instead?

A longer wheelbase (the distance between front and rear axle lines) than most rival small cars means more space for passengers – with similar interior dimensions to a Mercedes-Benz E-Class (seriously) despite being around a metre shorter in overall length, as Honda is keen to point out.

A centrally mounted fuel tank means the Magic Seats are present, with an additional 80mm of loadspace from front to back compared with the previous-generation Jazz. The front passenger seat can be fully reclined to fit long items in, including an 8ft surfboard, if you so desired.

There are two choices of engine – a 1.3-litre or a 1.5-litre. Both are petrol engines and both are naturally-aspirated – meaning there’s no turbocharger. There’s a choice of a manual transmission or CVT, too. There’s plenty of technology on board, including a 7.0-inch touchscreen controlling the infotainment system, and a raft of safety measures including an intelligent speed limiter that reads road signs and changes the car’s maximum speed, as well as standard-fit autonomous emergency braking.

From behind the wheel of the Jazz is where you notice its MPV similarities, with a deep dashboard reaching towards the big, sweeping windscreen and large triangular windows ahead of the front doors. It’s a bright and airy interior and it’s very easy to see out of, making it a great car to nip around town in.

It’s a doddle to find a comfortable driving position, although front seat passengers might find the lack of seat height adjustment a bit of a pain – you feel very high up in comparison with the driver.

Quality is good. There aren’t any particularly special-feeling materials to speak of – but it is solidly built and and the majority of the car’s functions are easy to operate.

The facelifted Jazz was shown at the 2017 Frankfurt motor show, going on sale in the UK in early 2018. There weren’t many many engineering changes, with the update limited mainly to styling and equipment. Spotters will be able to tell the later car as its bumpers were reprofiled with what Honda describes as more aggressive detailing, especially on new Sport models.

This range-topping Jazz now sports a chamfered look to the front and rear bumpers with red trimming, whereas the rest of the range looks a little less attention-grabbing.

So, is this underrated small car worthy of your attention, and is it a convincing alternative to a Ford Fiesta or SEAT Ibiza? Read on for the Parkers full review to find out…