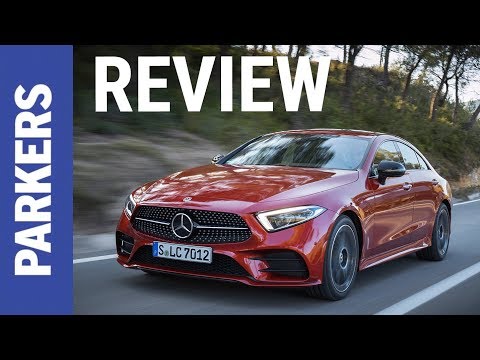 Is the Mercedes-Benz CLS any good?

The Mercedes-Benz CLS offers an enticing mix of style, luxury and performance, plus a surprising amount of practicality, thanks to its big boot and five seats. It’s an enticing and sleek recipe that cocks a snook at the increasing number of SUVs available in the luxury car market by being lower, smoother and better to drive – and for 2021, Mercedes-Benz has subtlely updated it with a number of useful updates.

These tweaks are limited to a tidy-up of the engine range – with just two diesels and one petrol available now – an update to the excellent MBUX voice control system, and a new steering wheel and controls. The front bumper has been subtly revised, but we challenge you to spot the difference.

The rakish, extravagant four-door coupe was something of a niche model when it was first launched back in 2004, but now it’s in its third generation, it finds itself up against the Audi A7 Sportback, the Porsche Panamera, and the all-electric Tesla Model S if you’re looking for an EV alternative. However, the CLS has always stood out as a showcase for the most exciting design and tech innovations Mercedes-Benz has to offer, and that continues with the current model.

We’ve driven a left-hand drive German-spec model, as the facelifted model won’t arrive in the UK until October 2021.

The CLS follows the the Mercedes-Benz norm of presenting the driver with a single dash-top panel that combines instruments and infotainment. It’s a striking-looking set-up but is the model of clarity and ease of use. The digital instrument panel is highly configurable with the option to display tradtional-looking dials, or use that area to show the sat-nav’s display or what media’s being played among other options.

The four-door CLS has a five seats, setting it apart from the Porsche Panamera, which is only a five-seater in Sport Turismo form. Not only that, they usefully fold 40:20:40 for enhanced carrying ability, and there’s a vast 520-litre boot contained within that tapering rear overhang. Don’t expect S-Class-style sprawling room, though.

New for 2021 is a redesigned multifunction steering wheel. The spokes are finished in high-gloss black with silver chrome edging, and the haptic controls have been updated. You can now drive the central infotainment screen via the wheel, a touchpad on the centre console, or by just touching the screen…

The engine line-up is nice and simple. You get a choice of the most sophisticated petrol motor, and most powerful production-car diesel, that Mercedes-Benz has ever made. Entry level is the four-cylinder 300 d 4Matic, with 265hp aand the six-cylinder 400 d 4Matic (330hp). They’re both impressive, and all feature a 48-volt mild-hybrid system.

If you want petrol, currently your only choice is the six-cylinder CLS 53 4Matic+, with 435hp. It uses a 3.0-litre petrol engine and sits below the more focused, and much more expensive Mercedes-AMG GT Four-Door.

The CLS is smooth and punchy in its power delivery – the 300 d is effortless, while the CLS 53 4Matic+ is not far off being properly quick, with a melodious soundtrack to to accompany its horizon-shredding thrust. Our highlight remains the 400 d model with its substantial yet effortless 700Nm of torque – although the clever EQ Boost petrol mild-hybrids have an intriguing appeal of their own.

Overall, the ride is pitched right down the middle, so expect relaxed composure whether you go for the passive steel suspension or the optional air set up – diverging into firmer or more comfortable territory respectively. All-wheel drive (called 4Matic) is standard on six-cylinder cars and provides substantial traction in all weather.

Read more on how the Mercedes-Benz CLS drives

There’s only one trim level for the CLS, called AMG Line Night Edition Premium Plus, which is usually the very top trim for a mainstream Mercedes-Benz, so you get a lot of equipment. Standard equipment includes MBUX interior assistant with dual 12.3-inch screens, widescreen digital cockpit display and a sliding sunroof.

Click through the next few pages to read everything you need to know about the Mercedes-Benz CLS including its practicality, how much it costs to run, what it’s like to drive – and whether we recommend buying one.