Is diesel better than petrol?

Diesels are always more economical than petrol equivalents because their higher price tags are quickly subsidised by the cheaper fuel bills - right?

Well that's what I thought when I ordered the 1.5-litre dCi Qashqai over the 1.6-litre petrol. The price difference was £1320 but - officially - mine achieves 54mpg compared to the petrol's 42mpg.

'The better fuel consumption outweighs the higher price,' I thought.

But I was wrong.

Because it wasn't until I tried Parker's Petrol vs Diesel calculator that I worked out quite how long it will take to pay off that grand in cheaper fuel - a colossal ten years.

That's an extraordinary length of time before you break-even, let alone begin profiting. 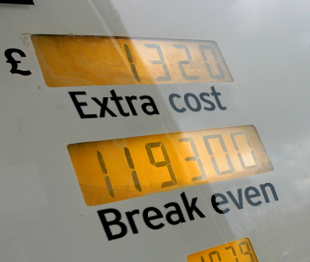