Sets the standard for mid-sized SUVs – but at a price 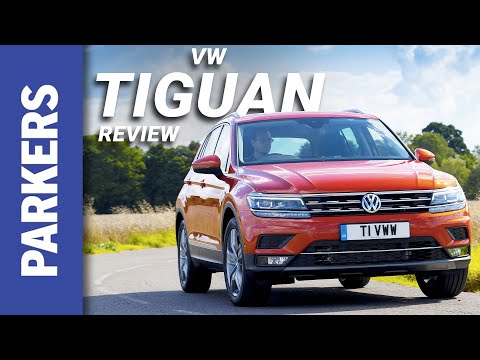 The Volkswagen Tiguan is a well-established family-sized SUV. Having built up a reputation for practicality, comfort and build quality since launch in 2007, it’s now in its second generation and still selling strongly worldwide.

The current car’s been on sale since 2016, but despite its age it remains near the top of the class in many key areas. However, it has more competition now than ever before, and goes up against the current in what is one of the most crowded market segments in the car industry.

Cars such as the Nissan Qashqai, Mazda CX-5, Peugeot 3008 and Citroen C5 Aircross all provide strong competition, while Volkswagen even has to deal with rivals from within the Volkswagen Group including the SEAT Ateca and Skoda Kodiaq.

Making the Tiguan’s job even more difficult still is its positioning towards the top end of the market - a sort of semi-premium, if you will. This brings it into contention with more desirable badges such as the Audi Q3 and Volvo XC40.

The Tiguan is very much like its lower-set siblings, the VW Golf and Passat. It shares those car’s engines and interior fittings, but it also shares their relaxed driving manners, excellent build quality and generally refined ambiance.

The interior’s really spacious thanks to the car’s long wheelbase (the distance between the wheels) and generally capacious bodywork. There’s lots of space for a family in here, though if five seats aren’t quite enough VW does sell the larger Tiguan Allspace, which has seven seats as standard. Better yet is how the Tiguan feels inside. There’s a pervading sense of quality, with satisfyingly well-damped switchgear and generally excellent material quality all round.

Refinement at speed is another highlight, and the Tiguan’s a seriously comfortable place to spend time in.

There’s a broad selection of petrol and diesel engines available in the Tiguan, most of which you’ll find in use in other Volkswagen Group products. On the petrol front, engines range in size from 1.5 to 2.0 litres in size, offering between 130 and 230hp. Front-and 4Motion four-wheel drive versions are available on some engines, as is the choice between manual gearbox or DSG automatic gearbox.

Those who prefer diesel power are served by 2.0-litre TDI units, ranging between 115 and 240hp, again with front- and all-wheel drive on certain models and manual or DSG gearboxes. Not all engine and gearbox combinations are available in all trim levels, though. There's no official word yet, but we expected a Tiguan GTE plug-in hybrid (PHEV) to join the line-up at some point. All of the engines return decent fuel economy even without hybrid help, though.

The Tiguan’s focus is on comfort rather than handling. Consequently it feels surefooted and agile, but not especially sporty – in many respects it feels reassuringly like a Volkswagen Golf to drive, albeit with an elevated driving position. The Tiguan’s blessed with a pleasingly rugged SUV appearance, with taut, perpendicular styling. It’s peppered with subtle yet interesting details, such as the light-catching indentations on the grille bars and the pronounced chamfering along the body, which wraps around to help frame the tail lights.

Flexible interior with lots of space

The practicality that the Tiguan offers is impressive by any standards, and really cements this car as a great choice for family life. The boot is large and flexible, with a sliding rear bench that allows you to choose whether your priority is passengers or luggage. It folds down in a 60:40 split, but most Tiguans also come with a folding front passenger seat - a brilliant move that allows you to carry much longer items.

Storage and stowage for smaller items in the cabin is also really good, and the Tiguan should slot effortlessly into family life.

As you’d expect with a contemporary crossover, the Volkswagen Tiguan’s bristling with standard and optional technology. There’s a raft of electronic safety equipment including adaptive cruise control, emergency city braking and LED lights front and rear. You can also upscale the standard S, Match, SEL and R-Line Tech trims’ equipment rosters with several options including a panoramic glass roof, an adaptive digital instrument display and a high-quality Dynaudio stereo system.

Volkswagen’s also further honed its Active Control system allowing you to tailor your on-road driving for suppleness (Comfort) or firmness (Sport) depending on your personal tastes, as well as Snow and Off-Road modes when conditions are more challenging.

Is this the SUV to go for? Read on to find out in the full Parkers Volkswagen Tiguan review...

Our leasing partner, ZenAuto is offering Volkswagen Tiguans from £266 per month. The usual terms and conditions apply.*