At its Peak in Derbyshire

My well-earned break in the Peak District couldn’t have come at a better time: it gave me the chance to put the Qashqai to its toughest test yet.

I wanted to see how versatile it really was with a 100-mile cross-country trip to a little village near Bakewell, mixing an hour or so of motorway chaos with some of the tightest gravel tracks that the gloomy Derbyshire dales could throw at it.

Well that was the plan, but the glorious September sunshine that I set off in spoilt my morning. Typical.

The trip up the A1 was hassle-free and the first hour sailed by. My brother in the front passenger seat had no complaints about comfort or roominess, and the only bone of contention was his insufferable taste in music. Acenta models don’t come with an auxiliary input, so we couldn’t connect his iPod with the standard lead. Luckily, for him at least, he had some back up CDs which we loaded into the six-CD autochanger with absolute ease.

In some cars, the manufacturer hides the autochanger elsewhere, often in the boot, and it’s up to the driver to hunt it down. Not with the Qashqai. Load six of your favourite albums (or in this case, half a dozen of the worst ever recorded) into the CD slot and that’s it. As easy as it should be.

By the time we got off the motorway and began winding through some quaint little villages, it was difficult to pick a fault with the Nissan’s A-star, A-road performance. At 70mph, the sixth gear seems to freeze the fuel gauge and my doubts over whether the 1.5-litre diesel unit would cope on the A1 were quickly dispelled.

The Qashqai is a deceptive vehicle: big on the outside and roomy for passengers, yet it feels small to drive. As the roads leading up to the holiday cottage steadily inclined in altitude and declined in quality, the car had to work harder to lug us, plus a couple of weekend bags and our shopping to the top.

Although my personal satellite navigation system helpfully warned of impending steep roads and suggested an alternate route, I wanted to see what the Qashqai could put up with. It coped with most things.

Corkscrew turns and humpback bridges were dealt with very comfortably and the Qashqai was as settled on the road as it was agile. I could even nip around slow-moving tractors with a surprising dart of speed.

Before I knew it, I had arrived. And the two-and-a-half hour, 100-mile trip had zoomed by. 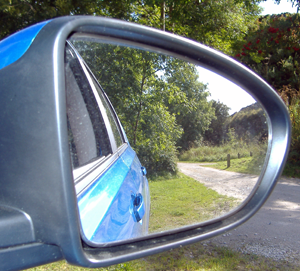 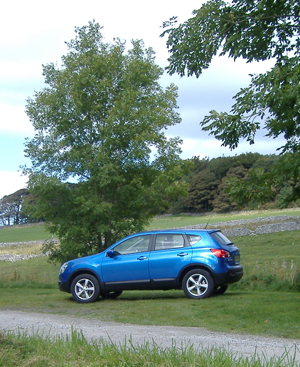