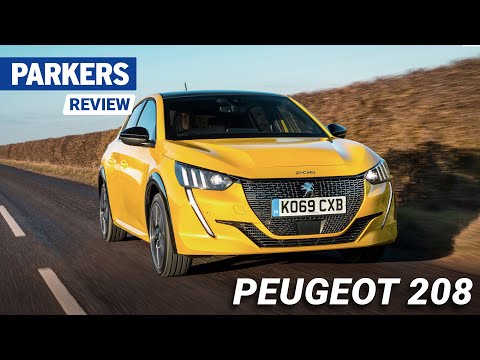 Written by James Dennison on 12 February 2022

Peugeot has been selling two-oh-something models since the hugely successful 205 in the 1980s, and with each generation has come a new model number until that progression halted with the previous 208. There are presumably official reasons for this but the working theory here is that the middling pair of 206 and 207 never quite lived up to the original car’s appeal.

That’s not to say this model series hasn’t been a success – 22 million sales attest to that – and that will no doubt continue now the current car has been voted the European Car of The Year 2020.

But when the previous 208 debuted in 2012, it recaptured something of the boxy 80s hatchback both in terms of style and joy of use. It was exciting to look at and drive, with the best GTi variant Peugeot had produced in years. The fact its replacement shares the 208 name suggests it will be a continuation away from the dark old days of boring Peugeot hatchbacks.

Much – as we’ll get onto, but the headlines are radical styling inside and out, an eight-speed automatic transmission, and the availability of petrol, diesel and electric models all under the same badge. We’ve covered the latter in a separate Peugeot e-208 review.

That means as well as the Volkswagen Polo that Peugeot says it’s targeting, the 208 competes with some very strong small-car rivals, such as the Ford Fiesta, the Renault Clio and SEAT Ibiza. But it could also find itself on the same shopping lists as electric-only models, like the excellent-value Renault Zoe, or the Peugeot’s sister car, the Vauxhall Corsa-e. A tough crowd.

Helping matters are a collection of economical and punchy petrol engines and some eye-catching tech, like the multi-layered 3D i-Cockpit dials.

Inside the 208 there’s a wide 7.0-inch main screen with Apple CarPlay and Android Auto that’s optionally upgradable to 10.0-inches, plus a set of satin chrome piano-style switches to help navigate its various menus.

Only the base-spec model gets a set of analogue dials, every other car gets the new 3D digital display, which projects more important information like your speed on a screen closer to the driver, and less vital stats on one set further back. It looks brilliant.

The cabin has been given a big uplift in the quality of materials used with scratchy plastic resigned to the lower reaches of the dash, and a load of soft-touch stuff higher up, including a swathe of carbon fibre-effect material that is bound to divide opinion.

For those who want a petrol 208, the choices of power output are 75, 100 and 130hp. Performance differs far more than the fuel consumption, as you’ll see when you read on. The single disel engine develops 100hp. As for gearboxes, there’s a mix of five- and six-speed manual gearboxes and the aforementioned eight-speed auto.

There are a number of trims to pick from, kicking off with Active and moving up to Active Premium, Allure, Allure Premium, and GT Line. Even the entry-level models come well stocked with equipment such as air conditioning, alloy wheels and cruise control. In this respect, at least, it’s a small, but grown-up car.

So, there’s a decent choice in the Peugeot 208 range and plenty of scope for personalisation, too. The big question is whether it deserves your attention if you’re in the market for a small car.

Click through the next few pages to read everything you need to know about the Peugeot 208 including its practicality, its interior, how much it costs to run, what it’s like to drive – and whether we recommend buying one.