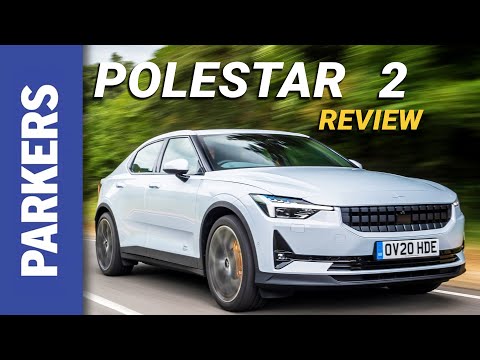 The Polestar 2 will be an unfamiliar badge to many car buyers and marks the introduction of a new electric car brand to the UK. Polestar is in fact a spin-off from Volvo and is the Swedish answer to Tesla, specialising in progressive electric vehicles (EVs) with a zeitgeisty feel.

They're electric and feature niceties such as vegan interiors - imbued with a caring, sharing vibe that's very on-trend for these post-pandemic times. The 2 is a fully electric five-door family hatchback to rival the Tesla Model 3 and forthcoming EVs from Audi, BMW, Mercedes-Benz and Volkswagen.

Read our full UK Polestar 2 review to find out if you should consider this new electric family car - or wait for an alternative from an existing brand you've actually heard of.

Polestar – isn’t that a high-performance Volvo?

Yes. And no. Polestar started off tuning and racing Volvos in Sweden, but now it's a standalone electrified brand that, like Volvo, Lotus and London taxi specialist LEVC, is owned by Chinese car maker Geely. Polestar has already launched its first standalone model, the 1 – a luxurious, plug-in hybrid two-door coupe based on the Volvo S90 – but the smaller 2 is its first pure-electric model. It is built in China, but you wouldn't know it; quality is as impressive as any modern Volvo.

As befits a performance marque, the sole version of the Polestar 2 at launch is far from slow, thanks to a pair of electric motors sending drive to all four wheels. Producing 408hp and 660Nm of torque, it's fast enough to dispatch the 0-62mph sprint in just 4.7 seconds - a time that'll trouble many traditional sports cars. It's seriously quick!

Recognising that electric car buyers aren’t simply choosing to ditch petrol and diesel engines purely for environmental reasons, Polestar offers the 2 with a Performance Pack that includes adaptable Ohlins dampers for the suspension, larger Brembo brakes for increased stopping power, engorged 20-inch alloy wheels and gold-coloured accents on the seatbelts, tyre valves and brake callipers. It might seem at odds with this car's eco creds, but this £5,000 upgrade is being chosen by most UK buyers at launch, the company reports.

How far will the Polestar 2 go between charges?

The quoted EV range is 292 miles on the latest official WLTP tests. Although the precise figure in the real-world will be determined by a number of factors, including driving style and climate, you should expect to achieve an easy 200 miles in mixed driving, and nearer the magical 300 miles if you stay in town.

Its lithium-ion battery has a capacity of 78kWh, which is pretty competitive with the Tesla Model 3 and other rivals at this price. It'll take around seven hours to fill from an 11kW wallbox at home, while rapid 150kW public charging is claimed to take 40 minutes to go from 0-80% if you need to top up when you're out and about.

Polestar is making locating these public chargepoints easier with an in-car and smartphone app linked to the sat-nav system, plotting the most efficient route to the chargers nearest the car so you never run out of juice. In our experience, the 2 is well equipped to ease the range anxiety that faces many first-time EV buyers.

Polestar 2: technical details and how it drives

Given the sheer cost of developing new cars, particularly electric ones, inevitable efficiencies have been made, particularly where the parts involved aren’t obvious to the layperson. So components are shared from elsewhere in the Volvo empire - the Polestar 2 uses the same mechanical platform as the Volvo XC40 SUV, a model that is now also available in electric guise, too. Most of the borrowed parts are hidden from view, but you'll notice things like the steering wheel and electric window switches are familiar-looking.

The Polestar 2 feels completely different to drive than a Volvo, though. It's sportier, for starters, mixing slingshot acceleration with engaging, fun dynamics on your favourite back road - yet it's still comfortable to sit in when commuting and is wonderfully hushed at a motorway cruise. It's a well rounded package.

Take note of the interior, too. The Polestar's cabin is a very special place to sit, knocking spots off the Tesla Model 3's cabin, which feels cheap by comparison. There's a high-quality, Scandi-chic vibe at play here, and a minimalist dashboard with hardly any buttons - most controls are taken care of by the world's first Android operating system and an 11-inch touchscreen, which work well together. More on that in our interior section.

Click through the next few pages to read everything you need to know about the Polestar 2, including practicality, how much it costs to run, what it's like to drive – and whether we recommend buying one.