Popular small hatchback has other talents to back-up good looks 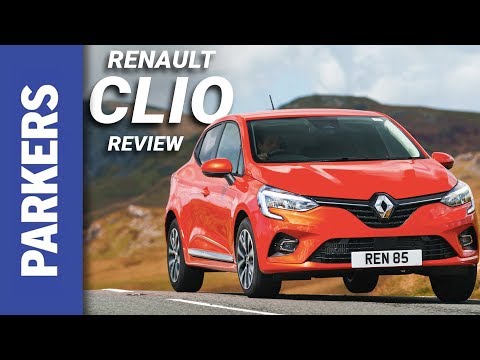 Is the Renault Clio any good?

The Renault Clio has established itself as an ultra stylish, super-chic small car that is hugely appealing to a wide number of car buyers. It effortlessly blends practicality, comfort, super-low running costs and desirability, and we rate it so highly that it's our top-rated supermini and the deserving winner of the Parkers First Car of the Year award for two years in a row.

The Clio’s position at the top of the supermini tree is under constant threat – there’s a whole array of very talented rivals on sale in the UK. Chief among these are the perennial bestsellers – the Ford Fiesta and Vauxhall Corsa, offering great handling and practicality respectively.

The Clio’s biggest rival on its home turf is the Peugeot 208, which we reckon is one of the most desirable small cars out there at the moment. It’s very striking and has a brilliant interior, plus a great array of engines – but it’s a lot more expensive than the Clio. The Toyota Yaris and Hyundai i20 are also gunning for the Clio, as are the excellent Mazda 2, Volkswagen Polo,  or MINI Hatch. But despite all the opposition, we still rate the Clio's combination of interior, value and style.

The Clio’s interior is up there with the best superminis in terms of quality and layout. The dashboard is stylish and easy to use, and there's plenty of room up-front – we'll get to the rear later in this review.

Range-topping R.S Line cars get a great portrait-oriented touchscreen infotainment system, digital dials and lots of colourful trim, making for what we think is one of the best interiors available for a supermini. It’s not as avant-garde as a Peugeot 208, but the 9.3-inch central display is bright, clear and responsive, and all the materials and switches you touch regularly are soft-touch and squishy.

There’s accommodation in the Clio for four six-foot adults – at a slight squeeze. Rivals do offer more legroom for rear passengers, and the high-set centre console in the front can make the driver feel a little hemmed-in, but it’s cosy rather than cramped. This pays off in the boot department, though, because the Clio’s luggage area is class-leading. At 391 litres in capacity, it’s even larger than the Volkswagen Golf’s – a car from the size class above.

There’s something for everybody in the Renault Clio’s engine range. There’s no pure-electric model – Renault offers the Zoe for anybody after a full EV supermini – but there are petrol, diesel and hybrid powertrains to choose from.

It kicks off with a 75hp engine best suited to trips around town or young drivers. It’s succeeded by a 100hp turbocharged unit, which is badged 1.0 TCe 100. We think it’s the best in the range, with a good amount of power for a car of this size – it’s great for nipping around city centres but powerful enough to tackle motorways and A-roads with ease. For those who want to go a little faster, there’s a 130hp 1.3-litre which provides a good turn of pace, though it’s no hot hatchback.

A hybrid version, known as the E-Tech, has joined the range giving the petrol-electric Toyota Yaris some competition at last. It combines a 1.6-litre petrol engine with a pair of electric motors and battery to allow for electric-only running at low speeds as well as improved acceleration and smoother driving characteristics.

Renault even offers a diesel engine, ideal for those who want to cover lots of miles for the lowest fuel cost – though with just 85hp, it’s unlikely to be a pocket rocket. This is the only version of the Clio that gets a six-speed manual gearbox.

The Clio comes in four flavours – entry-level Play model, followed by the Iconic, S Edition and the R.S Line. Smartphone connectivity via Apple CarPlay and Android Auto is standard across all models, and there’s the usual suite of Bluetooth, DAB radio and sat-nav.

There’s also an optional upgraded Bose stereo system, which sounds great and should make audiophiles very happy. Best of all, the enhanced speakers are integrated seamlessly with no loss of boot space.

There’s lots of enhanced safety tech, too. Lane-departure warning is standard, but it’s also possible to opt for a lane-keeping aid. This works in conjunction with radar-guided cruise control and, on automatic models, can drive the Clio semi-autonomously in traffic jams and on motorways.

Our leasing partner, ZenAuto is offering Renault Clio from £181 per month. The usual terms and conditions apply.

Click through the next few pages to read everything you need to know about the Renault Clio including its practicality, how much it costs to run, what it's like to drive – and whether we recommend buying one.