Super-capable off-road, not so much elsewhere 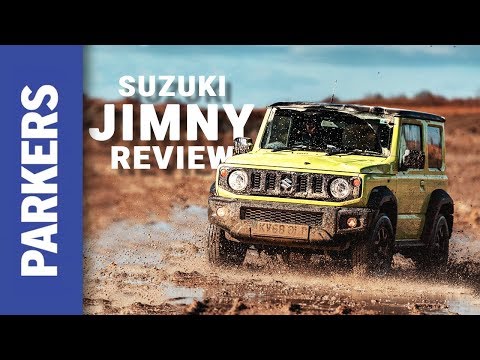 The Suzuki Jimny is a small go-anywhere 4×4 that packs off-roading capability most small SUVs can only dream of. It’s now in its fourth generation but its predecessor first went on sale in the UK in 1998, and consequently holds the title of one of the longest-running models in recent times ­– indicating just how successful Suzuki’s tiny 4×4 formula is.

It’s a well-proven formula, too, given that the first-generation Jimny – the LJ10 – arrived in 1970 and itself lasted for 11 years. Suzuki has moved with the times, though, and the 2019 Jimny benefits from a host of modern features and technology.

There’s a larger, more powerful new engine, some surprisingly advanced go-anywhere technology and a simple trim line-up – as well as a range of now-vital extra technology in the form of updated multimedia and safety kit. But, under the skin, it retains its simple ladder chassis and selectable four-wheel drive system, which makes this pint-sized Land Rover Defender alternative a truly focused vehicle – one in which off-road ability takes precedence over on-road comfort and handling.

Direct rivals are thin on the ground, with the closest being the Fiat Panda 4×4 and larger Dacia Duster but these aren’t as off-road focused as the Jimny. Other cars on your list could include everything from a used Land Rover Defender to a Jeep Wrangler, or even a second-hand Skoda Yeti.

The Jimny’s adequate on-road performance figures don’t tell the whole story; it offers a very different driving experience to most modern cars and, in the right conditions, can be entertaining. The on-paper numbers also serve to disregard one of its main talents – that it’s a formidable go-anywhere machine.

At a very basic level, the Jimny has been designed to perform well when the going gets tough. Its ladder-frame chassis and solid axles mean it has impressive axle articulation, which is great for dealing with challenging terrain. The suspension is coil-sprung all round, and the brakes are used to simulate a limited-slip differential at both ends – boosting traction in poor conditions. The brakes are also used for the Hill Descent Control system, which helps the Jimny cruise down steep slopes.

For those looking for the vital statistics which most clearly demonstrate the Jimny’s off-road credentials, here are the numbers you need to know:

But there’s plenty more to the Jimny’s capabilities than these figures alone. All versions get a selectable part-time four-wheel-drive system called AllGrip Pro.

In normal use the Jimny is a straightforward rear-wheel-drive car, but when four-wheel drive is selected the engine’s output is split equally between front and rear axles. This is different from the full-time, all-wheel-drive AllGrip package for the Suzuki Swift and Ignis, where most of the power is ordinarily sent to the front wheels and automatically transferred to the rear when wheelspin or loss of grip is detected.

Because of the way the Jimny’s set-up works, four-wheel drive can only be used on loose or slippery surfaces – meaning that those using the Jimny on Tarmac or good surfaces won’t be able to benefit from additional traction. In short, it’s only designed for off-road use.

Bolstering the Jimny’s rough-road capabilities is a selectable low-range crawler ratio, which is ideal for maximising control and torque while driving up and down steep slopes; brake-based limited-slip technology for both rear and front axles serves to further improve the Jimny’s off-road manners.

Given these capabilities, this Suzuki 4×4 falls somewhere between purpose-made agricultural equipment and large 4x4s. Dedicated off-road hardware such as a Polaris Ranger, or similar all-terrain vehicle, isn’t anywhere near as safe, refined or comfortable – yet can cost just as much and not even be road legal. Large 4x4s such as the Toyota Land Cruiser, on the other hand, offer similar off-road capabilities but are far larger, more expensive and costlier to run.