This car has been superseded by a newer model, click here to go to the latest Vauxhall Corsa Hatchback review. 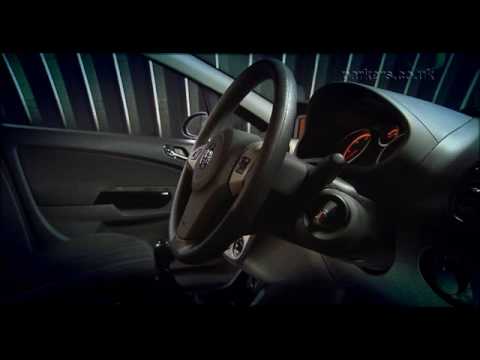 It is one of Britain’s most popular cars – the Vauxhall Corsa. One of General Motors’ long-established ‘world cars’, designed to meet the needs of drivers on a global scale, since replacing the Nova in 1992 the British branded model has won the affection of drivers across the UK.

The third generation, launched in 2006, is a consistent best seller in the used-car charts, and a secondhand Corsa D can be a very cost effective way of getting on the road, whether you’re looking for an economical commuter car, reliable family transport or a high-performance small hot hatchback.

An all-new design, sharing technology with the Fiat Grande Punto, the 2007-2014 Vauxhall Corsa introduced a grown up, substantial feel to Vauxhall’s superminis. Not only did it set a new benchmark for Corsa safety – achieving a full five stars for adult occupant protection with EuroNCAP – the fit and finish of the third generation is significantly improved over previous models, with upmarket materials and surprisingly advanced technology for what was also one of Britain’s most affordable new cars for much of its life.

If you’re confused by the generations, there’s a good reason. The Vauxhall Nova was known as the Opel Corsa elsewhere, so our Mk3 Corsa is known as the fourth-gen Corsa D globally.

They're everywhere, but do you notice them?

You might remember the cute knitted puppets that marked this Corsa’s debut, but the car itself has a few memorable features – not least, the FlexFix integrated bike rack option. Hidden behind the rear numberplate is a two-bike rack that includes auxiliary lights. It’s not the easiest feature to find, but it’s worth seeking out if you enjoy escaping the city and cycling in the countryside.

Although this used review focuses on the Corsa D, the next generation Corsa E from 2014-2019 is a substantial facelift of the same car. If you have a higher budget and want something newer, it's worth considering; the Corsa F (and the confusingly-named electric Corsa-E) is a very different car, sharing technology with the Peugeot 208.

For this generation, the Corsa offers two bodystyles – a three-door hatchback with a sportier profile and Nova-esque wheelarch flares, and a five-door with a more upright rear.

Like the Astra, both profiles look good, and really change the character of the car. The five-door really is the practical option, and not just for the extra doors; it’s a better shape for passengers and luggage overall - though both models offer comparable boot space below the parcel shelf.

A significant facelift in 2010 updated the Corsa’s appearance, interior and technology. Eco-friendliness defined this generation, with stop/start tech, ecoFlex models and sub-100g/km emissions for the greenest 1.3-liter diesel models.

Keen drivers will appreciate the performance of the 1.6-litre turbo, 150hp SRi – which in three-door form not only has the attitude of a scaled-down Astra GTC, it’s got plenty of performance. 62mph is reached in 7.7 seconds, and it continues on to 130mph. You can find sporty SRi trim with five doors, and the torquey 1.7-litre diesel, giving even more flexibility.

Want a genuinely potent hot hatch? Your preferred Corsa is probably the VXR, with power approaching 200hp, and 62mph In under seven seconds. There are pklenty of special editions with even more focus on handling and track-style performance, too - but on normal roads, it's less tidy, more obvious and isn’t available in five-door form.

We would recommend avoiding the 1.0-litre models and start with the 1.3-litre CDTi diesel or 1.2-litre 16V petrol; the 1.7-litre CDTi offered until 2010 is a good choice for low-cost commuting with enough power to keep up with motorway traffic and a realistic 50mpg potential.

Special editions can be worth seeking out

There's a confusing array of Vauxhall Corsas to choose from, thanks to a huge variety of trim levels. Some special editions represent good value, depending on what you choose - browse the specifications to find your ideal blend.

As with most small cars the base models are sparse affairs and often lack kit most consumers would expect such as air con. It may not have the badge kudos of a Renault Clio or the sporty appeal of a Mazda 2, but the Corsa is a great all-rounder and a superb choice if you're after a good value, small hatchback.

To find out if this is the small car for you, read on for our full used Vauxhall Corsa review