Vauxhall's reinvented the Mokka SUV as a desirable electric car 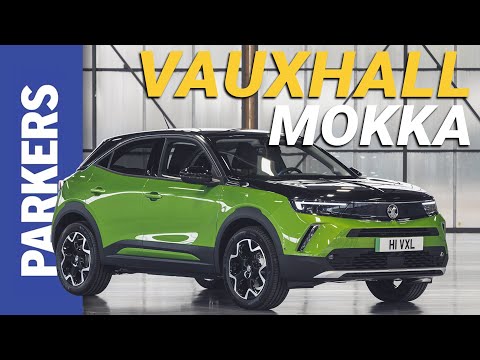 It’s fair to say the outgoing Vauxhall Mokka X was far from our favourite mid-sized SUV, but the long-awaited 2021 model has arrived to form a stylish two-pronged approach that reboots the franchise and offers buyers a genuine choice. The new Vauxhall pairing is offered as a petrol or diesel version (note, it's not a Mokka X anymore) and for the first time, an all-electric version, called the Mokka-e.

For those in the market for an electric vehicle (EV), the new Mokka-e is a fresh-looking new offering that joins the closely-related Peugeot e-2008, the MG ZS EV and the upcoming and rather larger Volkswagen ID.4 in a surprisingly small line-up for compact electric SUVs. That situation is bound to change soon.

The Mokka-e is based on the Peugeot e-2008, but is entirely Vauxhall in design inside and out. It's an all-new look that, which takes a huge leap forward in terms of style and tech.

Fear not, though, Mokka fans, because it also appears that the new car has retained (and in fact enhanced) the easy-to-use charm of the previous model. It’s also worth getting a good look at that front end and interior design – you can expect to see those replicated on subsequent Vauxhall models in time.

The Mokka-e is powered by a 136hp electric motor fed by a 50kWh battery pack, and boasts 260Nm of torque, It's the most powerful Mokka you can buy at present. The total battery range on the WLTP Combined test is 201 miles, which is on the pace of similarly-powered EV rivals. Top speed is limited to 93mph, with a 0-62mph time of 8.7 seconds.

The Mokka-e can support up to 100kW charging capacity, claiming a near empty to 80% charge on a charger of that power in just 30 minutes. A 50kW rapid charge to a similar state takes a claimed 45 minutes, a 22kW one will take around five hours and a 7kW (such as a home wallbox) one is done in around seven and a half hours. During our test we averaged about 3.4 miles per kWh.

There’s just one electric powertrain here – the same as the Peugeot e-2008 – a 50kwh battery and an electric motor producing 136hp. That results in an electric car with smooth acceleration, to the point that the Mokka-e is the fastest accelerating version of the Mokka you can buy.

Vauxhall has altered the drive modes in the Mokka-e to limit power and maximise range – Eco limits power to 82hp, Normal allows up to 109hp and switching to Sport means all of the 136hp available is on tap. It’s not Tesla Model 3 quick, and those expecting rapid acceleration might be a little disappointed, especially in Eco drive mode. But it certainly feels nippy enough in town.

In terms of out on the road, the Mokka-e is quiet on the move (as you’d expect), with little wind noise or tyre noise – commendable for a car designed to run both an electric powertrain and combustion engine variants. The steering has more weight than the Peugeot e-2008 – a car the Mokka-e shares its battery, motor and chassis with – and despite weighing more than a regular Mokka, body roll is well controlled.

It’s worth noting that the ride quality in the Mokka-e is marginally better than the regular Mokka, and it is very good for a small family SUV riding on such large wheels. This is most likely due to the additional weight of the batteries and motor pushing the car into the road more – potholes are compressed and feel half their size.

Unlike some electric cars, the Mokka-e has been engineered from the ground up to be able to take an electric powertrain. That means that rear seat space and boot space is the same as the regular Mokka: limited legroom for adults in the rear but plenty of headroom, and a 350-litre boot with the rear seats up.

Inside the car is bigger than the old Mokka X thanks to more millimetres between the axles (actually, only two of them) but overall the car is shorter for easier urban manoeuvres. Thankfully that’s not resulted in a (major) shrinking of the luggage space – at 350 litres the Mokka-e’s boot reflects the loss of the underfloor space, but it's not enough to warrant buying smaller suitcases.

Dominating the dashboard is Vauxhall’s clean-looking Pure Panel – made up of two widescreen displays (the driver’s measuring 10.0- or 12.0-inches) designed to show everything you need to see and nothing more. That decluttered look is mirrored in the centre console where an electronic parking brake and gear lever save space over their mechanical predecessors, and while physical controls remain for the air conditioning, it’s light on clutter inside.

Other breakthrough tech additions include adaptive cruise control and lane keep assist that work down to a stop, and LED matrix headlights that allow you to keep the high beams on without dazzling oncoming traffic. Wireless charging is supported and Apple CarPlay and Android Auto feature integrated voice control, plus VauxhallConnect with real-time traffic sat-nav is available built in.

The Mokka-e available in four trim levels: SE Nav Premium, SRi Nav Premium, Elite Nav Premium and Launch Edition. They're all well equipped – with luxuries such as LED headlamps and the Pure Panel instruments as standard. The Mokka-e range includes navigation across the board to make it easy to locate charging locations.

Read on for our verdict on the Mokka-e.