If you like the BMW 3 Series, but want an SUV - good news, you can choose from over 400 used BMW X3s on Parkers and get the best of both worlds for less. As a rival to the Audi Q5, Range Rover Evoque and Mercedes-Benz GLC, the BMW X3 is the best combination of size and practicality for most drivers. You can get petrol, diesel, four-cylinder and six-cylinder X3s, with the best combination depending very much on the generation. The original X3, from 2004 to 2010, is only offered with all-wheel drive and works well with the 2.0-litre diesel; this also has the most affordable running costs overall, though the xDrive18d has a slight edge if you’re driving around town more than on motorways. The ride can be a little harsh, and if comfort matters to you you’ll prefer the second generation X3, from 2011 to 2017. Not only is it smoother to drive, it includes a true economy-model - the rear-wheel drive sDrive18d - but for most drivers the appeal of the xDrive30d, with its 260hp six-cylinder, 3.0-litre diesel is hard to resist. Families will prefer the spaciousness of the 2011-on X3, too - it’s nearly as big as the original X5. The 2017-on X3 is lighter, more efficient and very focused on on-road dynamics. All used BMW X3s you find of this age have all-wheel drive - and you can now get petrol engines in the xDrive20i and high-performance M30i. There are hundreds of used and nearly-new BMW X3s for sale on Parkers, find the best deals near you when you search for your next car with us.
Read more
NewUsed
NewUsed
Showing 1 to 10 of 665
Next

Slotting into the middle of its SUV range is the BMW X3, competing directly with the Audi Q5, Mercedes-Benz GLC, Jaguar F-Pace and Land Rover Discovery Sport, among others. BMW was the first premium brand to launch an SUV in this sector; the original X3 was launched in 2003, several years ahead of the Q5 – and beating Mercedes by more than a decade (in the UK, at least).

That first X3 was a stiff-riding sports car of an SUV, complete with throaty six-cylinder petrol engines. Since then, BMW has worked on improving comfort and real-world engine choices, to broaden its appeal. The latest car, sitting between the X1 and X5, is the most well-rounded yet.

Which versions of the BMW X3 are available?

The BMW X3 SUV is offered in a single five-door bodystyle - if you want something swoopier and sexier, the X4 takes an X3 and adds a more coupe-like rear end. Sales volumes suggest most people prefer the X3. 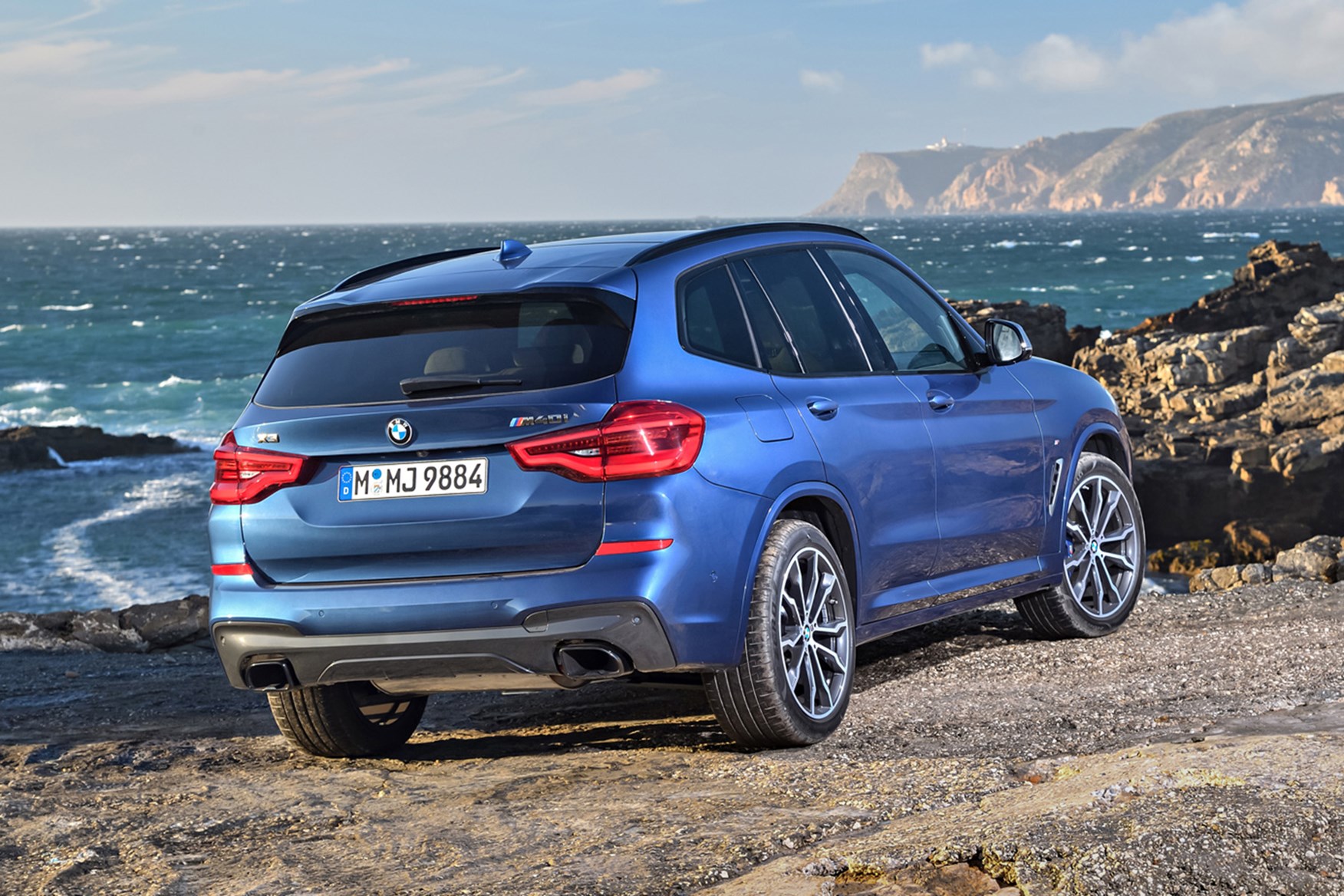 They’re both quick off the mark: the 326hp M40d does 0-62mph in 4.9 seconds, with the revvier 354hp M40i petrol taking just 4.8 seconds. M Sport suspension is further enhanced by variable steering for an even more agile feel through the bends.

The original X3 was sharp but boxy; its successor was soft and forgettable. This latest one is the most successful yet, with more than its fair share of curves and contours. In M Sport guise, it looks terrific (better still in M Performance guise mentioned above). 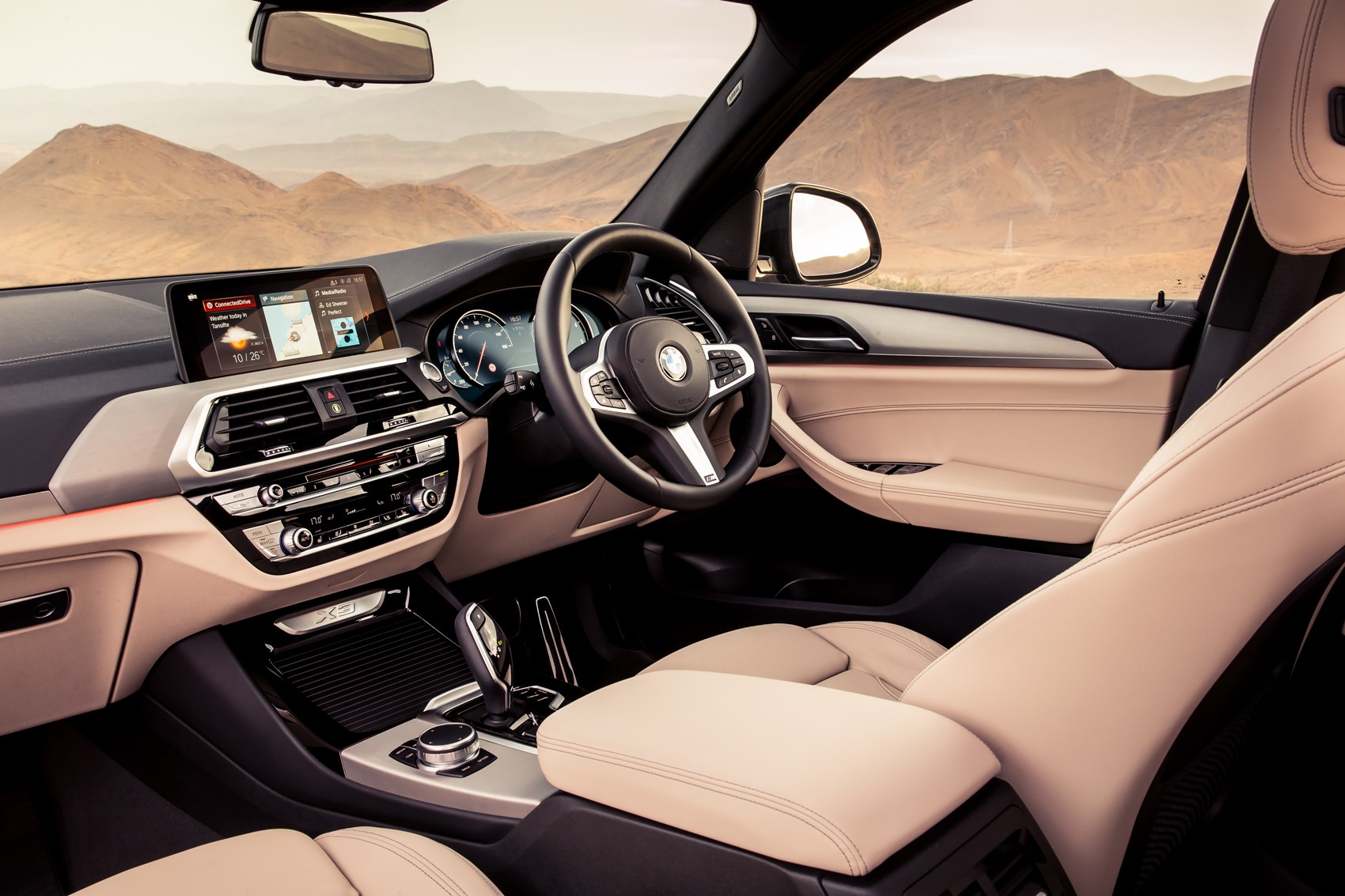 It is derived from BMW’s widely-used architecture also seen in models such as the new 3 Series and larger X5. This is sophisticated technology that gives it a broad range of abilities – and BMW’s latest xDrive all-wheel drive is standard on all versions to guarantee all-weather progress, even if actual off-road abilities are limited. Inside, it’s a roomy and practical machine, and this generation boasts a high standard of premium-grade fit and finish.

How does the BMW X3 drive?

The latest BMW X3 is the Goldilocks of the three generations launched so far: not too sporty, not too sloppy, but just right. It’s surprisingly agile through corners, with clean and alert responses to the steering, and even the base 2.0-litre engines have a reasonable turn of speed. Ride quality is pliant, particularly on lower-grade models with smaller wheels, and the refinement of the X3 is also commendable. It inherits the ability of bigger BMWs to glide along roads without too much bump, thump and bustle. And the M Performance models offer enough driving verve to take on the entertaining Jaguar F-Pace.

How much does the BMW X3 cost?

BMW X3 prices start at just under £40,000. That’s not as affordable as some may hope, but comparable with the Q5. The GLC starts from just over £37,000 and the F-Pace, surprisingly, costs from just under £37,000. The most affordable X3 is the xDrive20i petrol, with an xDrive20d diesel priced £1,000 higher. The xLine trim builds upon base SE with bigger wheels and satin aluminium exterior trim, for an entirely reasonable £900 more. M Sport is £1,600 on top of that and brings a full sports makeover, plentiful M logos and, inside, a semi-digital cockpit and larger 10.25-inch BMW Professional touchscreen navigation. Like the M40i and M40d? You’re looking at prices starting north of £53,000.

Find out what X3 drivers think of their BMWs with our user-generated owners’ reviews. 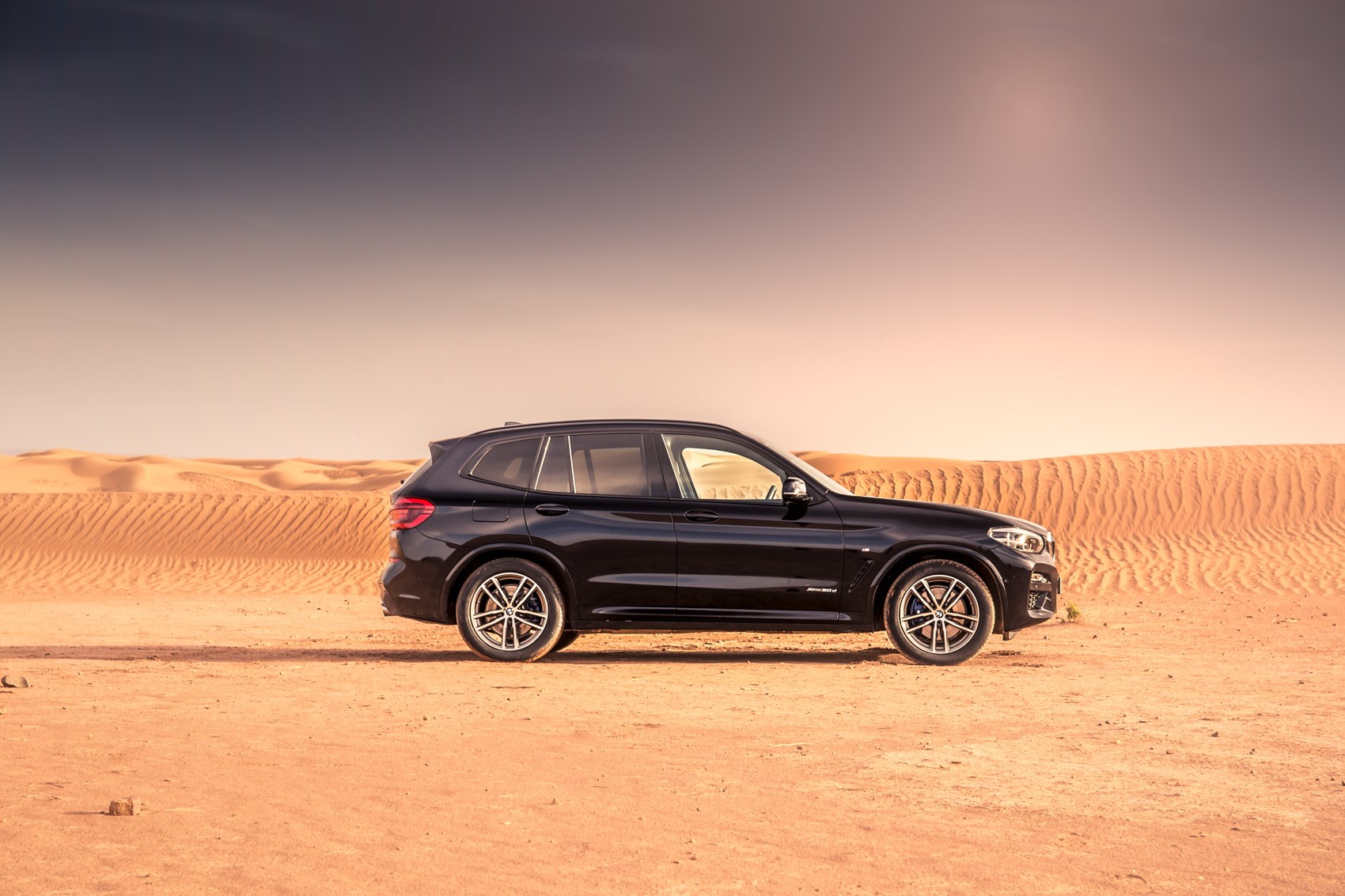 Parkers has thousands of used BMW X3 cars for sale in our classified listings. Find your next secondhand model in our ads – we’ve everything from family cars and hatchbacks to executive saloons and sports cars.
Back to top